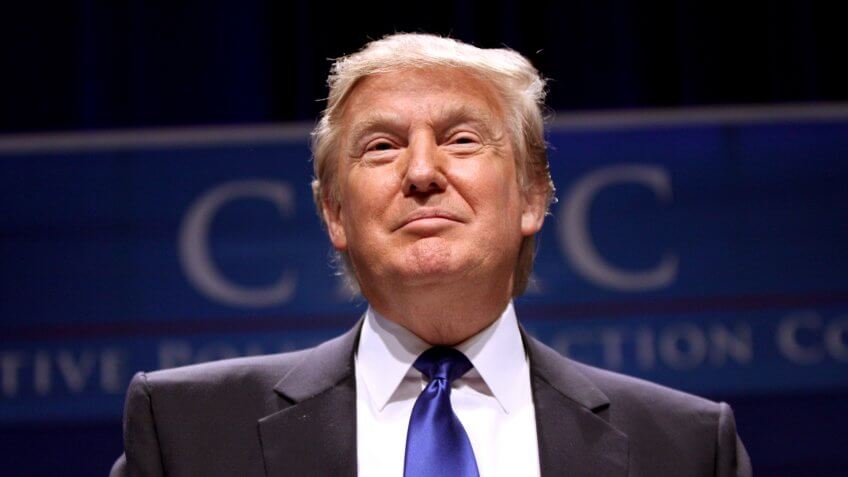 Lawyer, oil executive, governor, actor, peanut farmer. Although recent past presidents held many titles, none could boast the title of billionaire. In fact, President Donald Trump is the only billionaire to call 1600 Pennsylvania Avenue home.

As America’s first billionaire president, Trump has received a great deal of attention regarding his spending habits. Unsurprisingly, many of his favorite things are costly. But there are a number of items Trump buys on the regular that even the common man can afford.

From high-priced luxuries to inexpensive grocery store items, take a look at a few ways Trump spends his fortune. 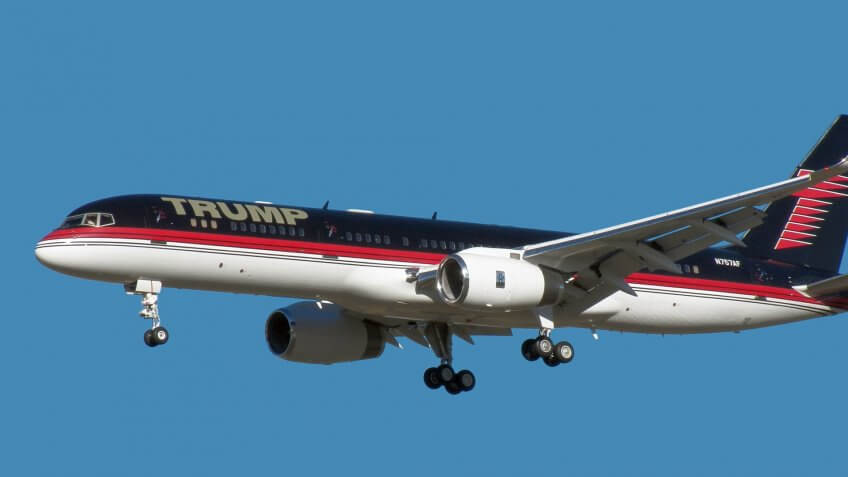 Deemed “Trump Force One” during the election, the president’s personal plane is a 757-200 purchased from Microsoft co-founder Paul Allen in 2010. Trump claims to have spent $100 million on this ride, but a CNBC report asserts that he paid less than $50 million. Operating expenses for a plane this size totals roughly $8,000 to $13,000 per hour, according to Forbes.

Find Out: The Cost to Operate and Maintain Air Force One 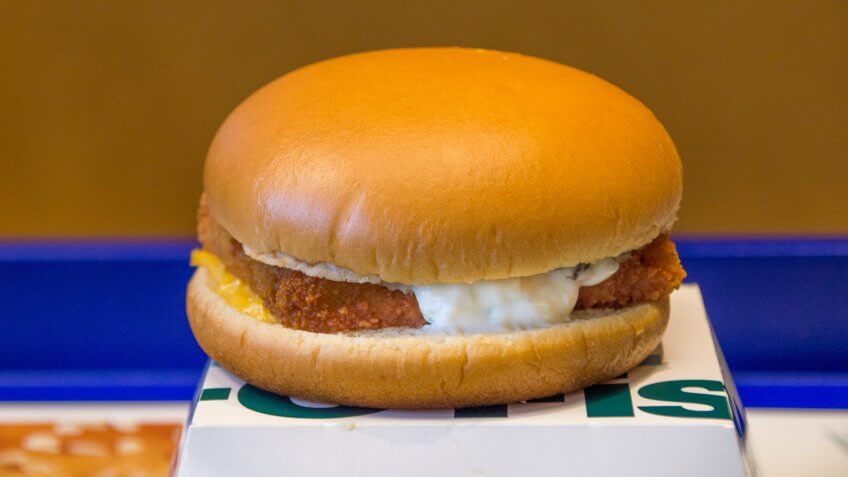 McDonald’s does not offer a “fish delight” menu item; however, it is likely the president was referring to the restaurant’s Filet-O-Fish sandwich. As a solo order, the sandwich costs around $3.79, rising to $5.59 if he makes it a meal with fries and a drink — talk about a great value. 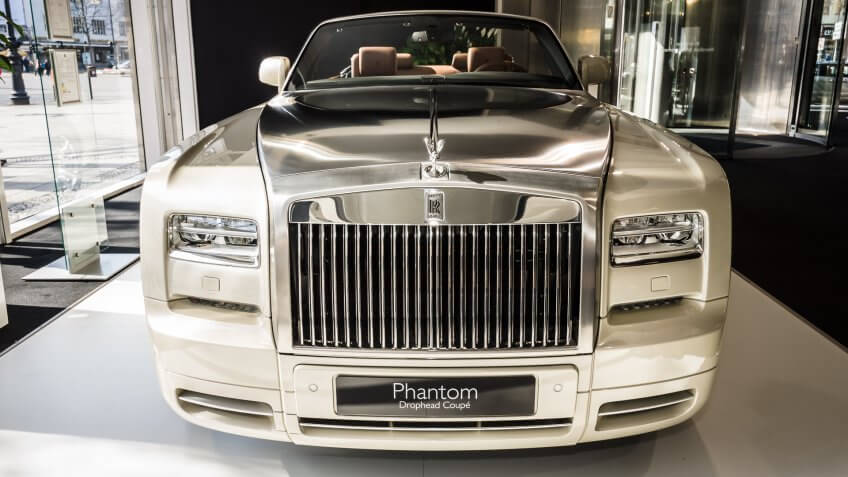 As commander in chief, Trump doesn’t do much driving these days. He is accustomed to being driven around. However, the billionaire had chauffers usher him around New York City in a limo during his civilian days.

Despite rarely putting the pedal to the metal himself, Trump boasts a pricey collection of luxury cars. The auto enthusiast’s fleet includes a 2015 Rolls-Royce Phantom and a 2015 Mercedes-Benz S600, which start at $400,000 and $100,000, respectively, according to the Kelley Blue Book. However, it’s unlikely that Trump settled for the basic package on either purchase. 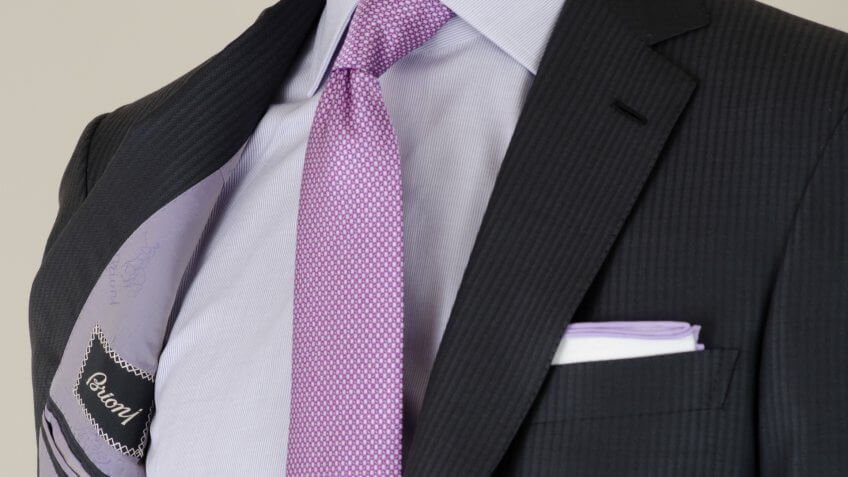 Brioni might be too rich for the average buyer’s blood. The designer’s Continental three-piece suit costs $5,250, and the Brunico style retails for $6,450. 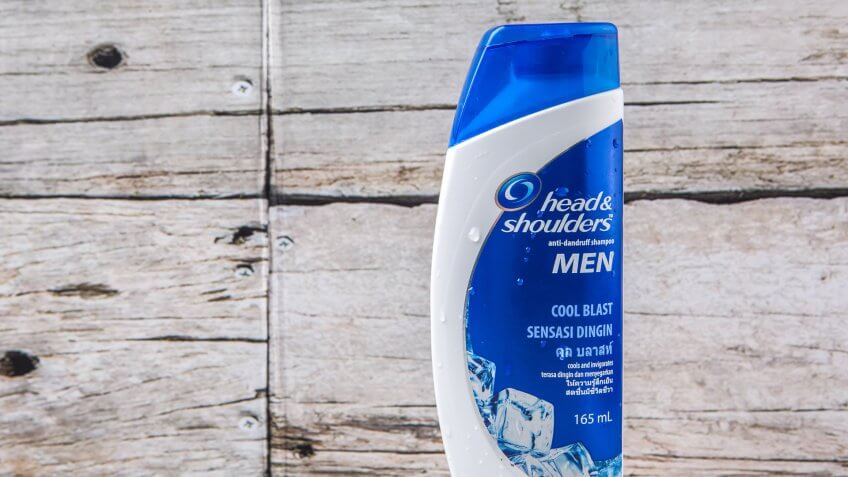 In a 2011 Rolling Stone interview, Trump said he uses Head & Shoulders to keep his locks clean. The anti-dandruff shampoo can be purchased at most drugstores for approximately $1.99. 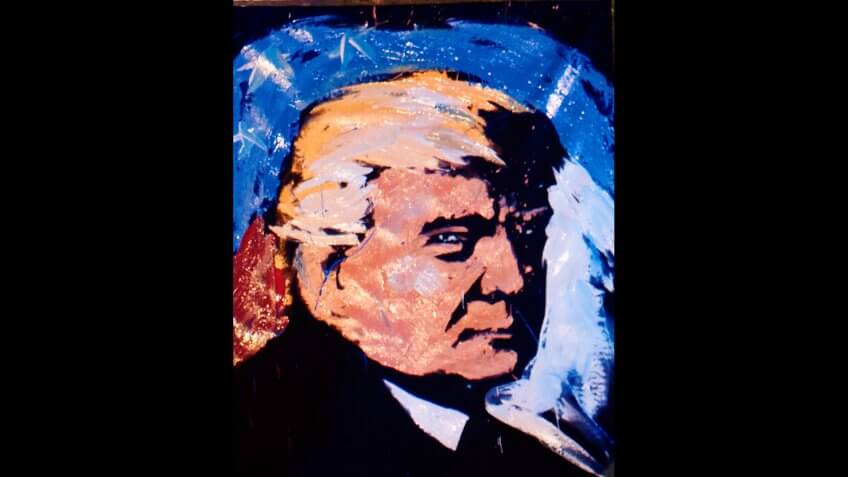 In 2013, Trump directed art collector pal Stewart Rahr to spend $100,000 on his behalf for a 9-foot oil painting of himself by artist William Quigley at a charity auction in the Hamptons. In 2007, he reportedly purchased a $20,000, 6-foot portrait of himself during a fundraising auction at his Mar-a-Lago estate. However, the funds for this piece came from the Donald J. Trump Foundation, not Trump’s own pocketbook, according to The Washington Post. As of September 2016, the portrait hangs in the Trump National Golf Club Westchester. 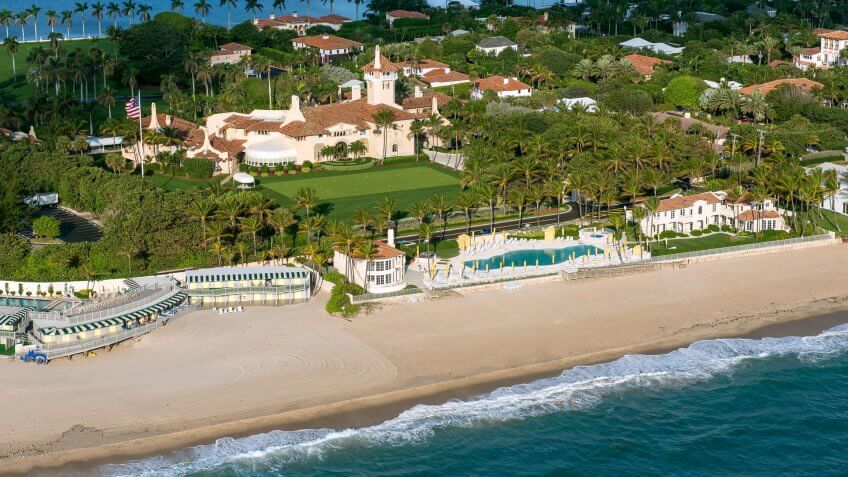 Best described as palatial, Trump’s homes cost a pretty penny. Since the early 1980s, Trump has held court in a Trump Tower triplex penthouse apartment, which cost an estimated $12 million to build. More than three decades later, the lavish 30,000-square-foot property is worth an estimated $100 million. Still the primary residence of Melania and Barron Trump, the residence costs millions to secure today.

In 1985, Trump purchased Mar-a-Lago, a 118-room home in Palm Beach, Fla. Now serving double-duty as an exclusive private club, the property cost Trump between $10 million and $15 million. More than 30 years later, the posh estate is valued between $200 million and $300 million, according to Fortune.

Related: Michael Cohen Net Worth — Here’s How Much Trump’s Former Lawyer Gets Paid 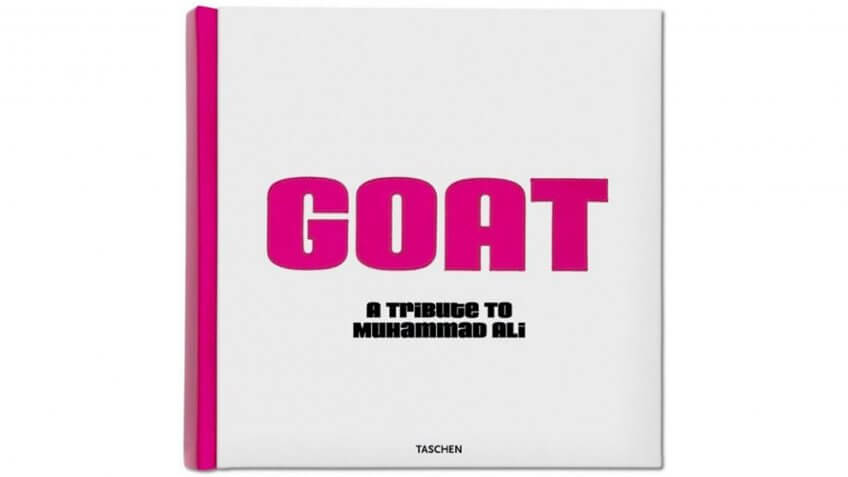 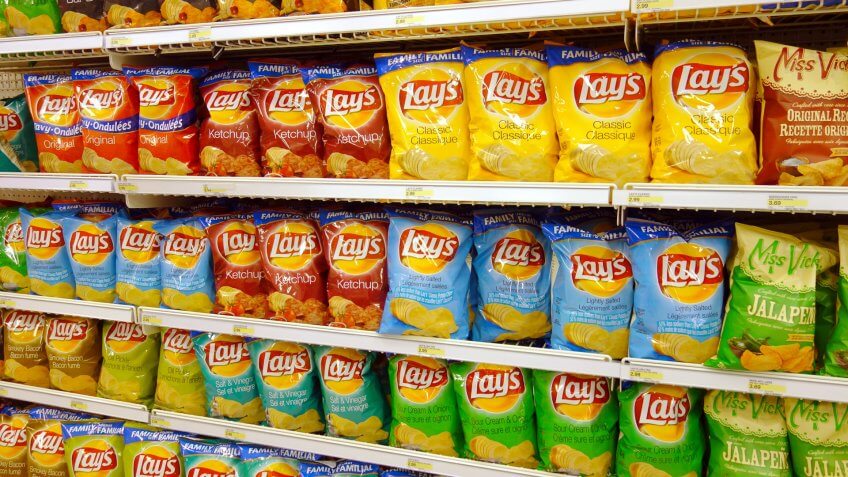 Some billionaires snack on caviar and Cristal, but not Trump. The White House is fully stocked with Lay’s potato chips for when he needs a refresher. One small bag of Lay’s costs around $1.50 or less.

Don’t Miss: What These Fast Food Favorites Will Cost You Around the World 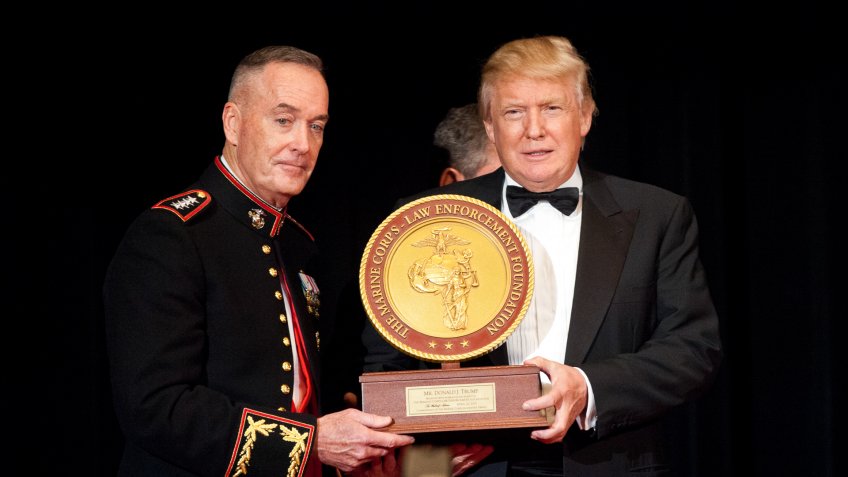 Trump has not made his tax returns public, so the extent of his charitable giving remains uncertain. However, the Washington Post probed his donation record in 2016 and uncovered a total of $7.8 million in donations to charity since the early 1980s.

Some of the bigger gifts include $1 million to the Marine Corps-Law Enforcement Foundation and $100,000 to a Baton Rouge, La., church ravaged by flooding — both in 2016. He also gave an undisclosed donation of less than $10,000 to the Police Athletic League of New York City in 2009.

Related: Warren Buffett and 14 Other Celebs Who Donate Millions to Charity 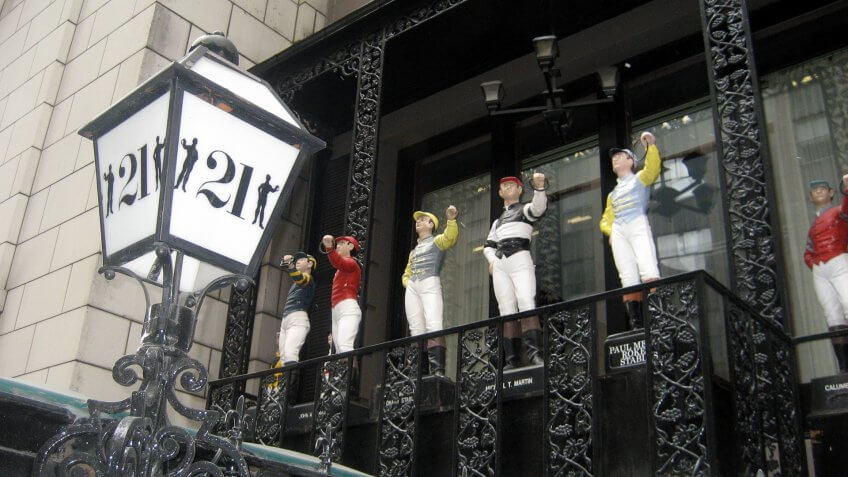 In a 2017 Bloomberg interview, 21 Club representatives revealed that Trump always orders the 21 Burger, which costs $36. He orders his burger well-done, topped with American cheese and paired with a virgin Bloody Mary, iced tea or Diet Coke. The restaurant staff knows him to tip well occasionally but not always.

Check Out: The Most Expensive Restaurants That Celebrities Love 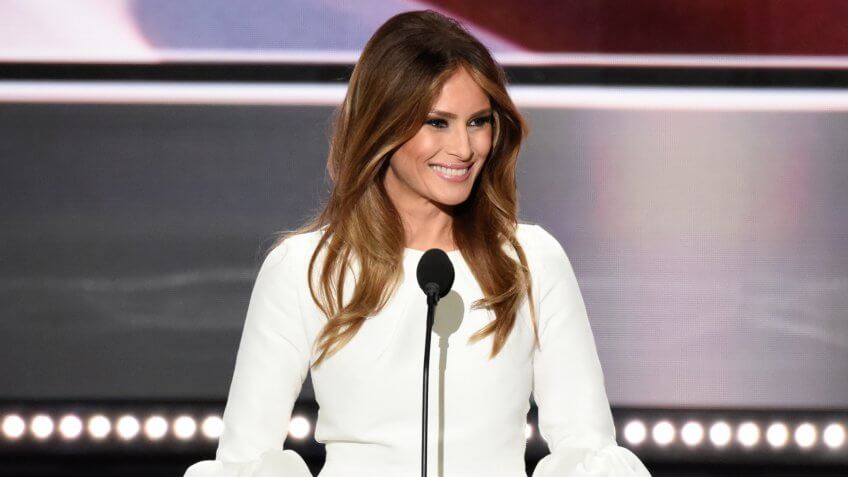 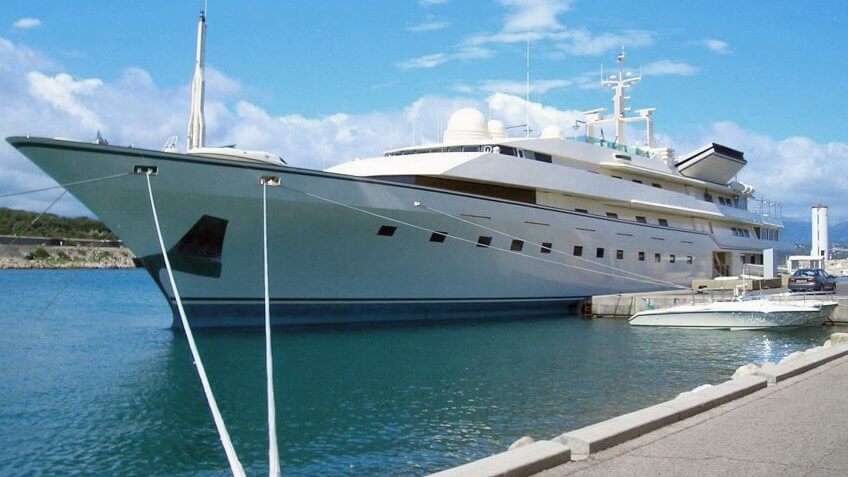 Splurging on a Mega-Yacht

He’s no longer sailing the ocean, but in 1987, Trump purchased a 282-foot mega-yacht from the Sultan of Brunei for a reported $29 million. The Sultan acquired the boat from Saudi businessman and arms dealer Adnan Khashoggi. Always negotiating, he later revealed that he scored a $1 million discount for agreeing to change the boat’s name from Nabila, the name of Khashoggi’s daughter.

Trump spent $10 million on renovation for the boat, renamed the Trump Princess. However, by 1989, he had decided to upgrade. Trump announced plans for a nearly 500-foot yacht. The new mega-yacht was never built due to Trump’s financial troubles. Ultimately, he turned the Trump Princess over to his creditors, who sold it to Saudi Arabian Prince Al-Waleed bin Talal for a reported $19 million in 1991. 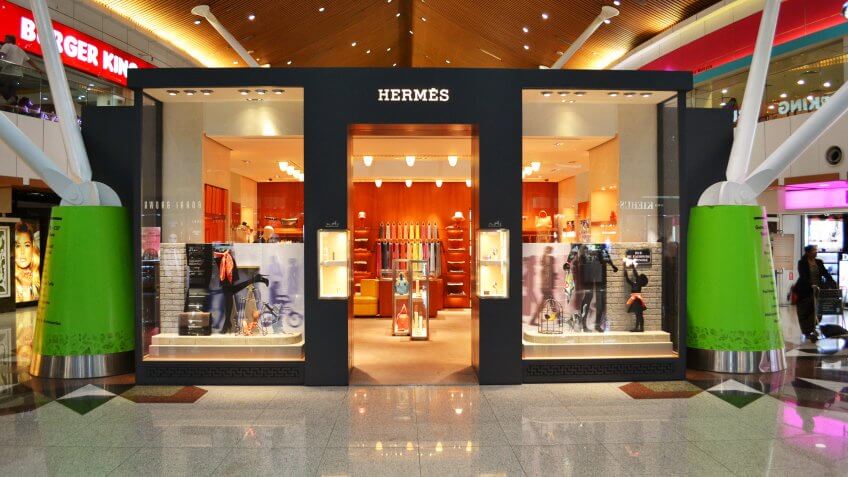 Ties from the Paris-based Hermes average $180 each. 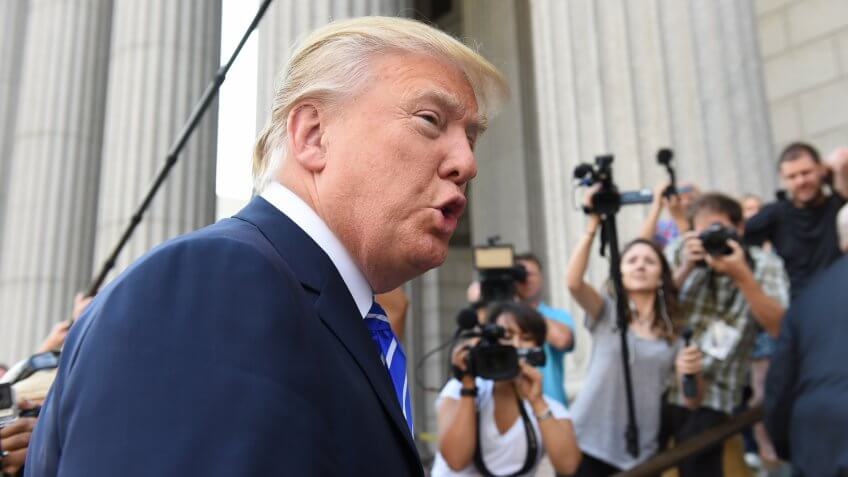 Trump spent a serious sum on legal fees during the 2016 presidential election. In July 2016, his campaign paid $762,000 to lawyers, compared with opponent Hillary Clinton’s $105,000 for the month, reported Mother Jones.

The campaign’s legal expenses exceeded $3 million by October 2016, according to the Daily Beast. It’s unclear how much of the bill Trump footed himself, but he did invest $66 million into his campaign, according to Fortune. 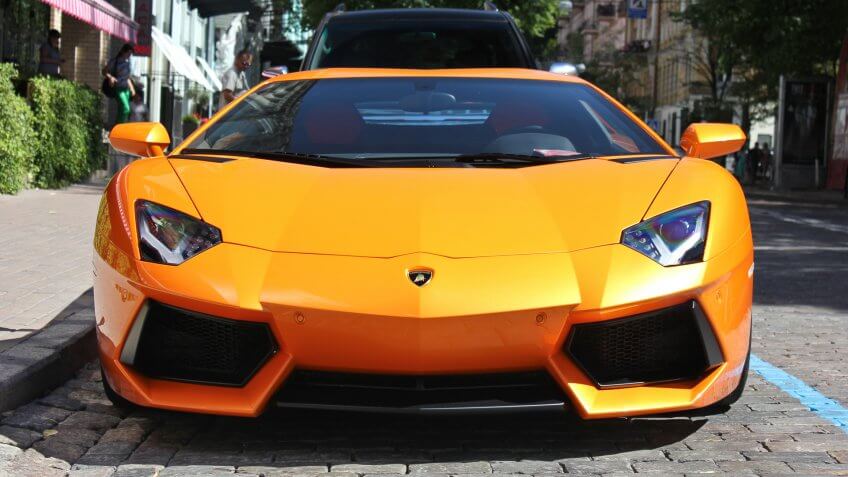 16 Things You Will Never Be Able to Afford

Check out some alternatives that won't bust your budget.