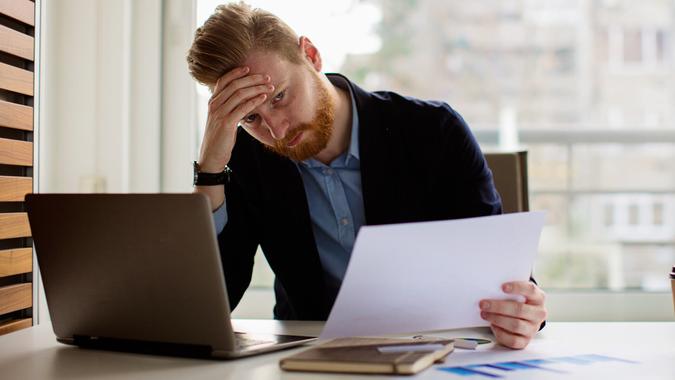 These are challenging times for all types of businesses, but it’s especially tough for small businesses that don’t have the financial might to overcome labor shortages or the buying power to offset inflation by negotiating better deals. More than six in 10 small businesses in the U.S. find it hard to stay afloat in the current economic environment, while nearly one-fifth fear going out of business in 2022, according to a new survey.

The Clarify Capital survey of 506 small business owners found that inflation is the biggest threat, with 42% citing it as their chief worry. About two-thirds said inflation is becoming “increasingly problematic” in 2022. More than three-quarters have been forced to raise their prices to combat inflation, and over half reported losing customers because of it. Retail business were the most likely to see a customer decline due to higher prices.

For the most part, small businesses have been able to push forward despite labor problems. On average, the respondents said they operated with 83% of their regular staff. Owners of remote workplaces reported the highest levels of employee retention throughout the past year — 87%, vs. 84% for hybrid businesses and 81% for on-site businesses.

See: The Top 5 Investments You Should Make as a Small-Business Owner

But as Clarify Capital pointed out, many businesses have been able to keep their doors open despite losing a significant percentage of their workforce. Even on-site businesses such as retail shops and restaurants have reported large rebounds from the COVID-19 pandemic.

Inflation has been a trickier problem to navigate even though it actually costs small businesses less money than labor issues. The main threat with inflation is lost sales down the road due to higher prices.

So what can small businesses do about it? Clarify Capital Chief Financial Officer Nishank Khanna says it will take a multi-pronged approach that includes evaluating and improving unique value propositions to justify price increases.

“Consumers are more likely to pay a premium for your products or services based on the uniqueness of your offerings,” Khanna said in an email statement sent to GOBankingRates. “Taking a competitive market position allows you to compete on value instead of pricing.”

Another step small businesses can take is to test different pricing strategies and tiers. This might involve bundling higher-margin products and services to create higher-priced packages.

“Adjusting pricing to find the optimal mix is a never-ending process,” Khanna said. “Having full data insight into how different tiers affect your bottom line is critical.”

“Bitcoin has been increasing at [about] 200% [compound annual growth rate] over the last 10 years,” he said. “Even with a diminished CAGR, it can absorb the monetary supply increases of fiat currencies like the U.S. dollar.”