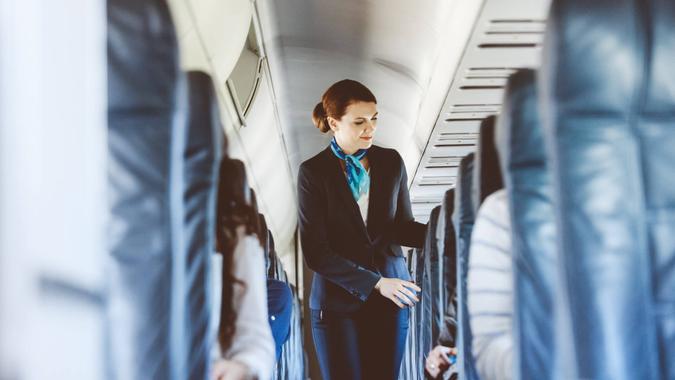 If you’re thinking about booking a flight to take advantage of rock-bottom, coronavirus-era airfares, you better get busy. A recent uptick in the number of flights being booked, spurred on by hopes that nationwide vaccinations will make it safe to travel again, has been pushing fares higher.

CNBC recently reported that searches for summer travel have risen 27% each week since President Biden announced that all American adults will be eligible for vaccines by May, according to Kayak, a travel search site. Meanwhile, airfares for the 100 top search destinations in the United States have risen 7% month-over-month.

Data from airfare tracker Harrell Associates found that the average minimum domestic leisure fare covering 300 different routes was $59 for the week of March 15, 2021, CBS News reported. That was up 14% from the $52 average for the week of March 16, 2020. The average minimum domestic fare represents the cheapest available one-way ticket price on the market.

Those price hikes are being driven by a similar increase in airline passengers. Reuters reported that the Transportation Security Administration screened more than 1.5 million passengers on Sunday — the most since March 2020. Sunday also marked the 11th straight day that the number of airline passengers exceeded 1 million.

See: IBM Says Its New COVID-19 Passport Is Your Ticket to Normal Life — But Some See Troubles in Privacy Paradise
Find: What Travel Agents Say About Planning for Trips in 2021 and Beyond

Despite the recent uptick, demand for U.S. air travel still lags well behind historical levels. Sunday’s number of screenings was down 30% from pre-COVID 19 levels, and demand for international and business travel remains weak, Reuters reported. Airfares are likewise much lower than they were before the coronavirus.

The pandemic has had a huge impact on air travel worldwide, with the number of U.S. airline passengers declining 60% in 2020. Airlines for America, a trade group, recently said that domestic passenger demand has fallen 47% from pre-coronavirus levels, while international travel demand dropped 68%.