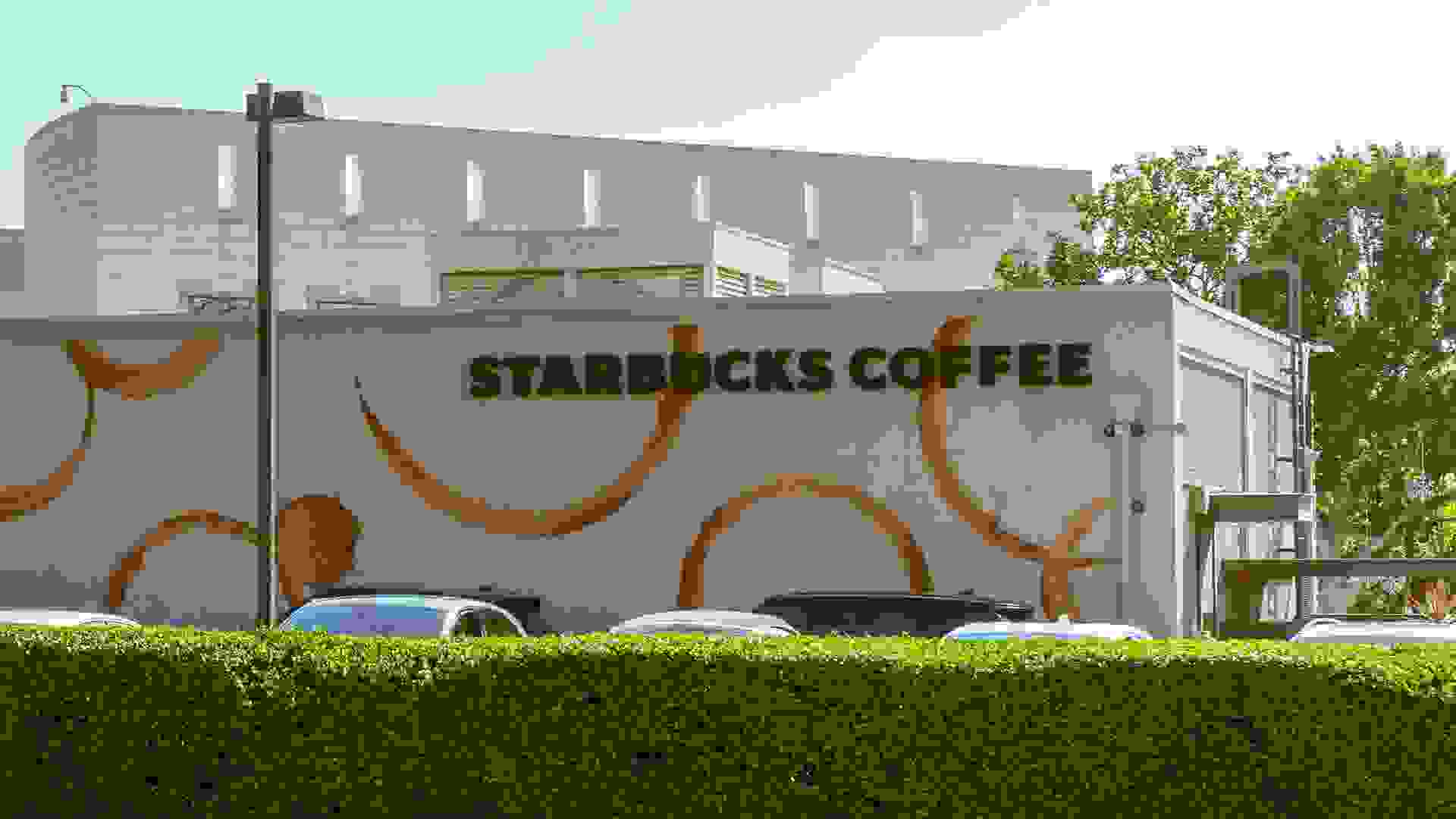 Some of the most reputable and trusted companies took turns being public enemy No. 1, suffering through highly publicized business failures in 2018. Consumers watched these highly recognizable — and for some, beloved — companies take their lumps this year, proving that missteps befall even the most trusted of companies.

Here’s a list of the 2018 cringeworthy corporate mistakes that prove that no company is immune to a PR disaster. 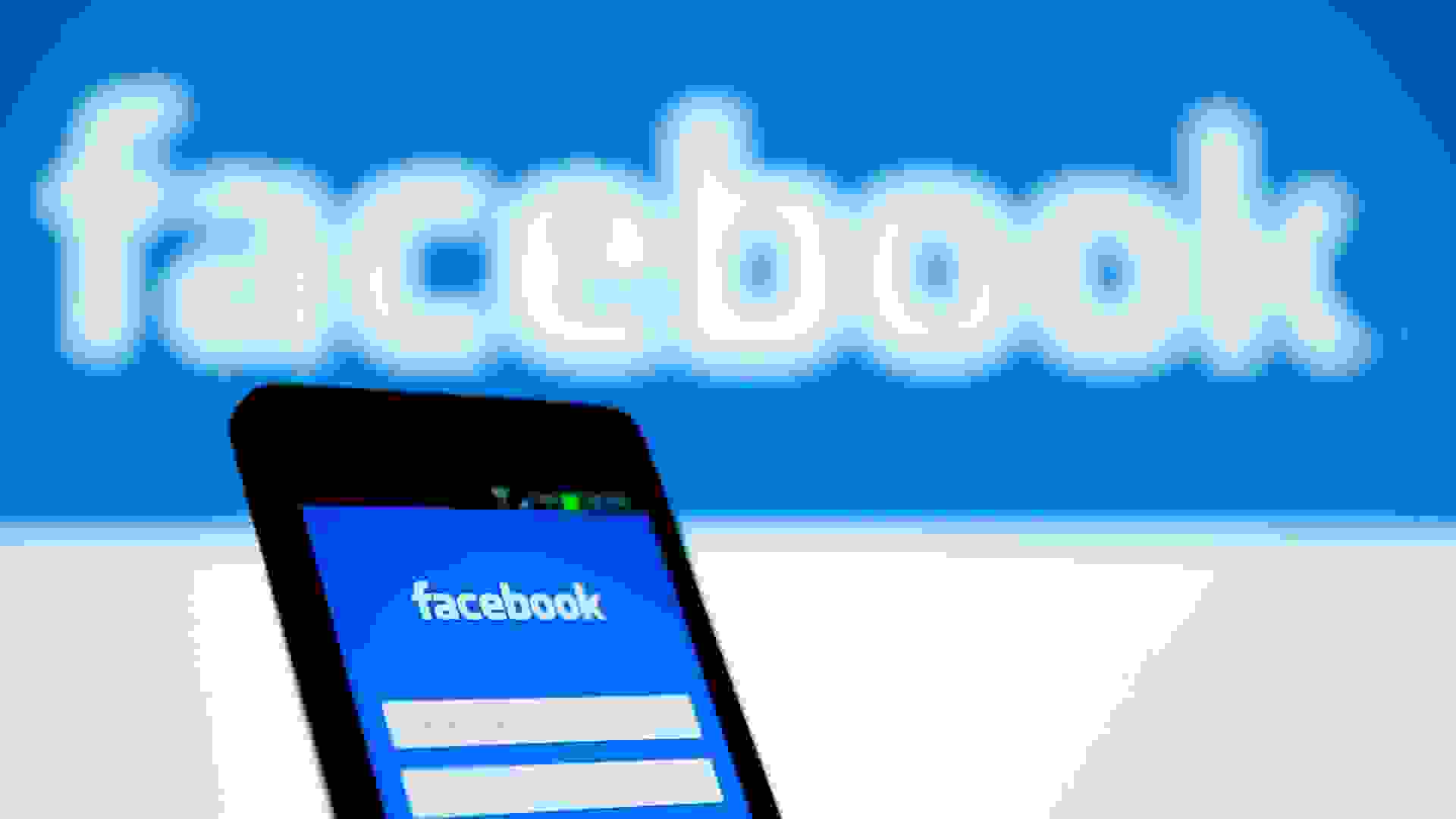 Facebook’s been under scrutiny from the public as well as Congress. Months after the discovery that Cambridge Analytica gained access to the private information of up to 87 million users rocked the world, a second security breach exposed the personal information of 50 million users. The two massive security breaches didn’t quell the public’s sentiment that Facebook’s misinformation is responsible for swinging election outcomes and deaths in other countries.

After a string of very public scandals, popular opinion of Facebook was so low that the internet turned its back on the social media platform and launched a #deletefacebook crusade as a response to the company’s questionable practices. 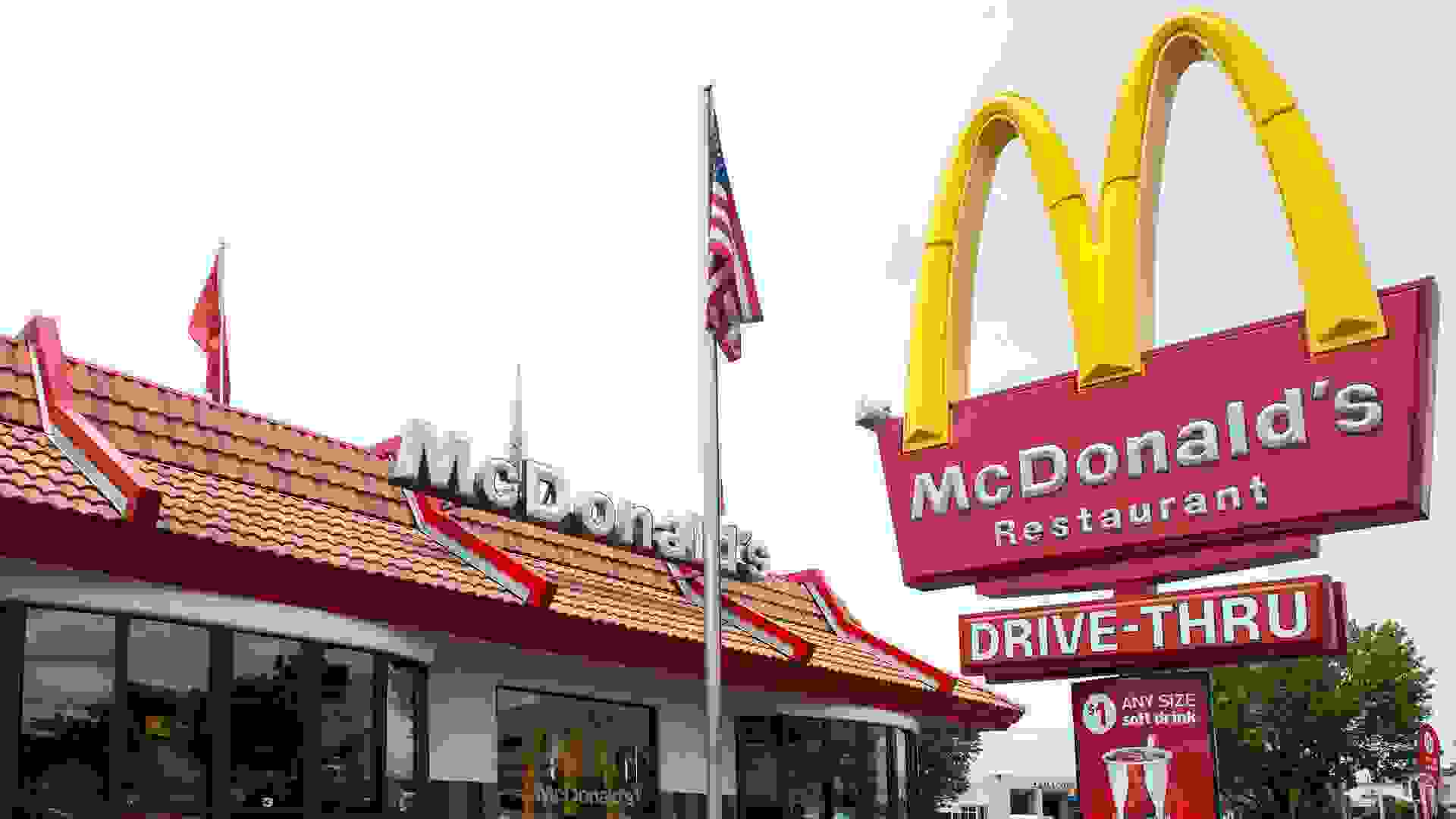 Fail: For McDonald’s patrons, the salad was the furthest thing from a happy meal this summer.

After multiple reports of food poisoning-like symptoms started occurring in 13 Midwestern states, it was found that a McDonald’s salad was the common denominator among the ill. The fast-food chain decided to pull the item from the menu in about 3,000 restaurants and look for a new lettuce blend supplier.

All told, the contaminated romaine lettuce was responsible for 511 laboratory-confirmed illnesses in 16 states. 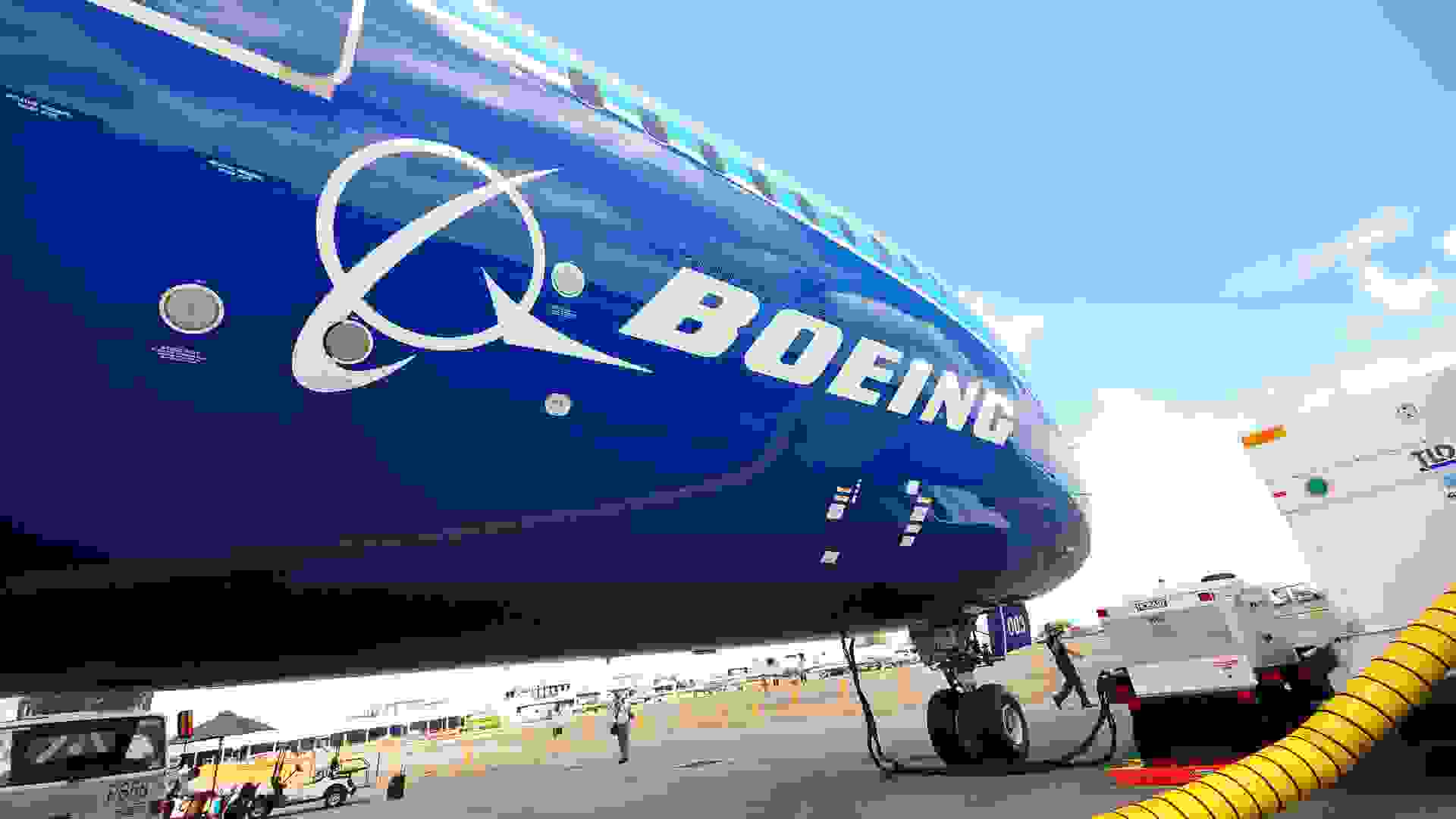 Fail: In October, a Lion Air flight carrying 189 people fatally crashed off the coast of Indonesia.

About a week after the tragedy, Boeing, the plane’s manufacturer, revealed the plane was built with a system that alters the pitch of the aircraft’s nose unbeknownst to the pilot. Boeing released a statement of apology, but its failure to disclose the update has tarnished its reputation and proven to be one of its biggest business mistakes.

See: How Your Favorite Brands Reinvented Themselves and Made Big Money 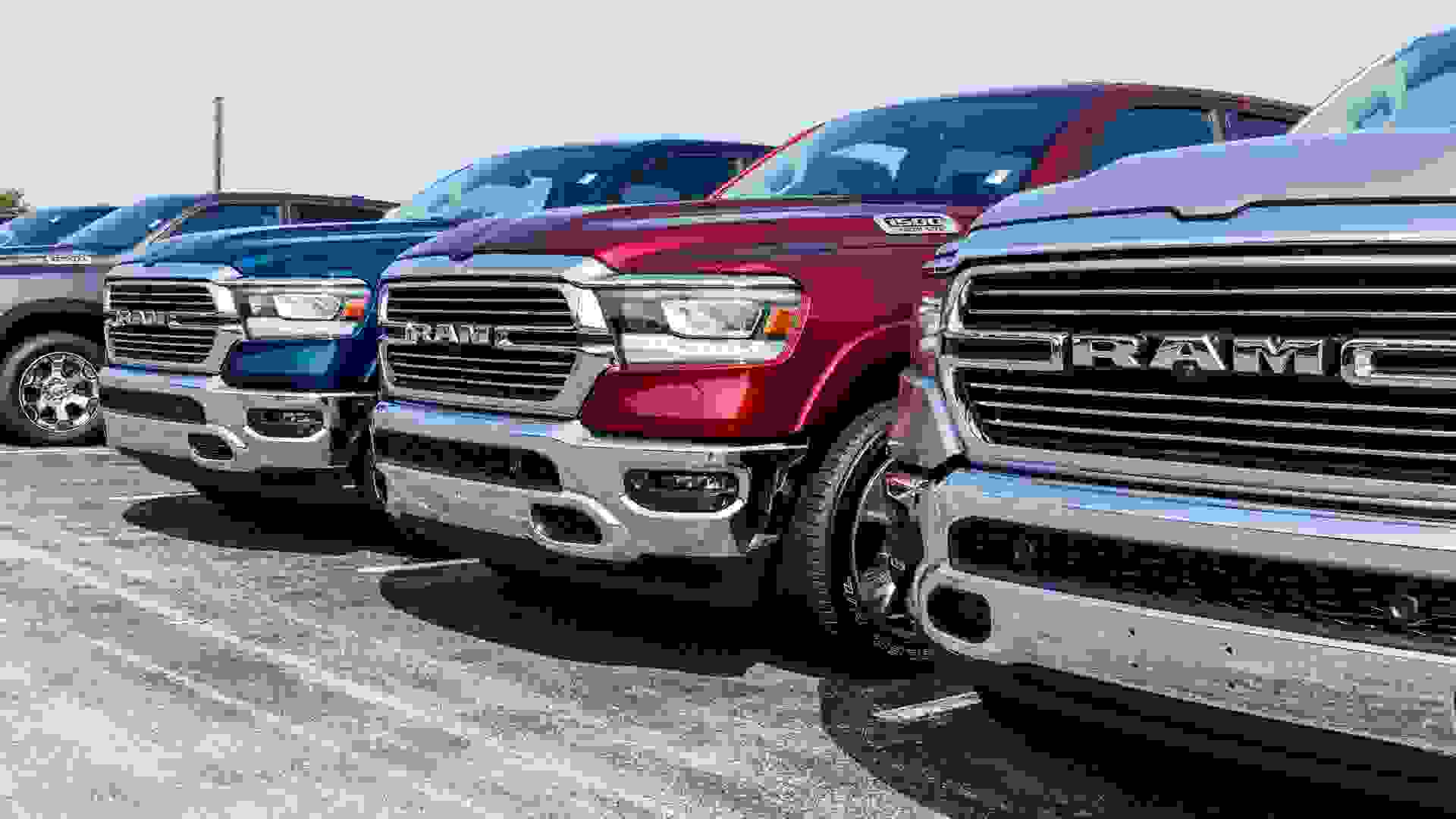 Fail: The Philadelphia Eagles upset the New England Patriots in this year’s Super Bowl, but that’s not the only thing Americans were talking about on Monday morning.

Ram Trucks debuted a commercial during the Super Bowl that likened its trucks to the service and legacy of Martin Luther King, Jr. The ad featured Ram trucks driving through tough terrain and working class people performing their jobs with an audio voiceover of a sermon given by King.

To add insult to injury, advertising executives and Ram Trucks officials overlooked a key component of King’s sermon. In the same sermon, King preached that it was shameful that advertisers tried to convince people to drive a certain type of car to evoke envy from others. That part of the audio was conveniently omitted from the audio.

The company was slammed for its offensive and hypocritical messaging and taking King’s words out of context. 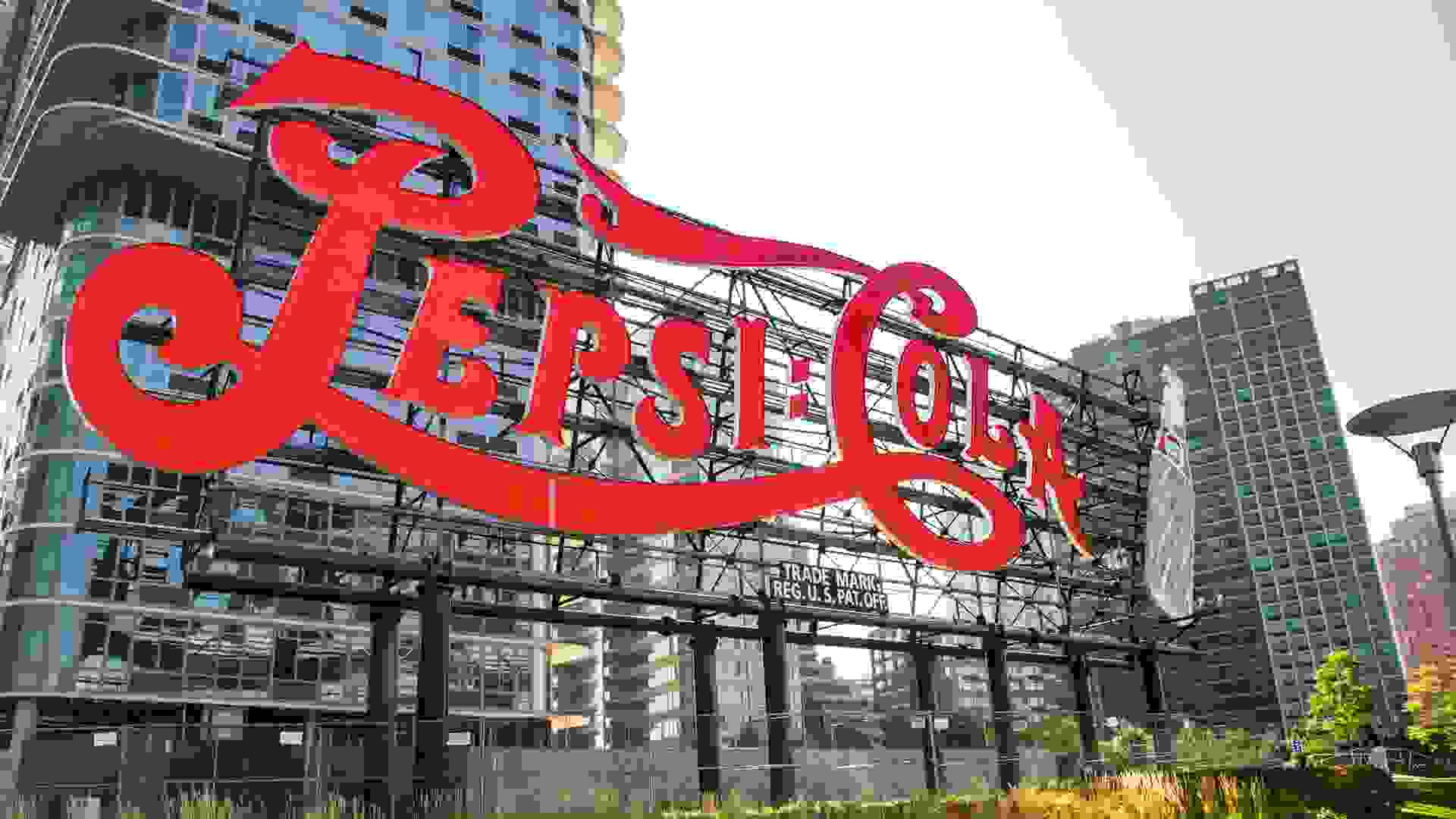 Fail: A bizarre and offhanded comment set the internet wild.

During a January interview on the Freakonomics Radio podcast, PepsiCo chief executive Indra Nooyi made mention of the eating habits between men and women of the company’s beloved snack Doritos. She also hinted that the company was brainstorming snacks that would specifically be targeted at women.

From there, the internet went wild with rumors that a new product, Lady Doritos, would be developed and sold. Days later, the company tweeted, “We already have Doritos for women — they’re called Doritos” in an attempt to squash the flurry of rumors and jokes.

Check Out: The Best and Worst Company Makeovers 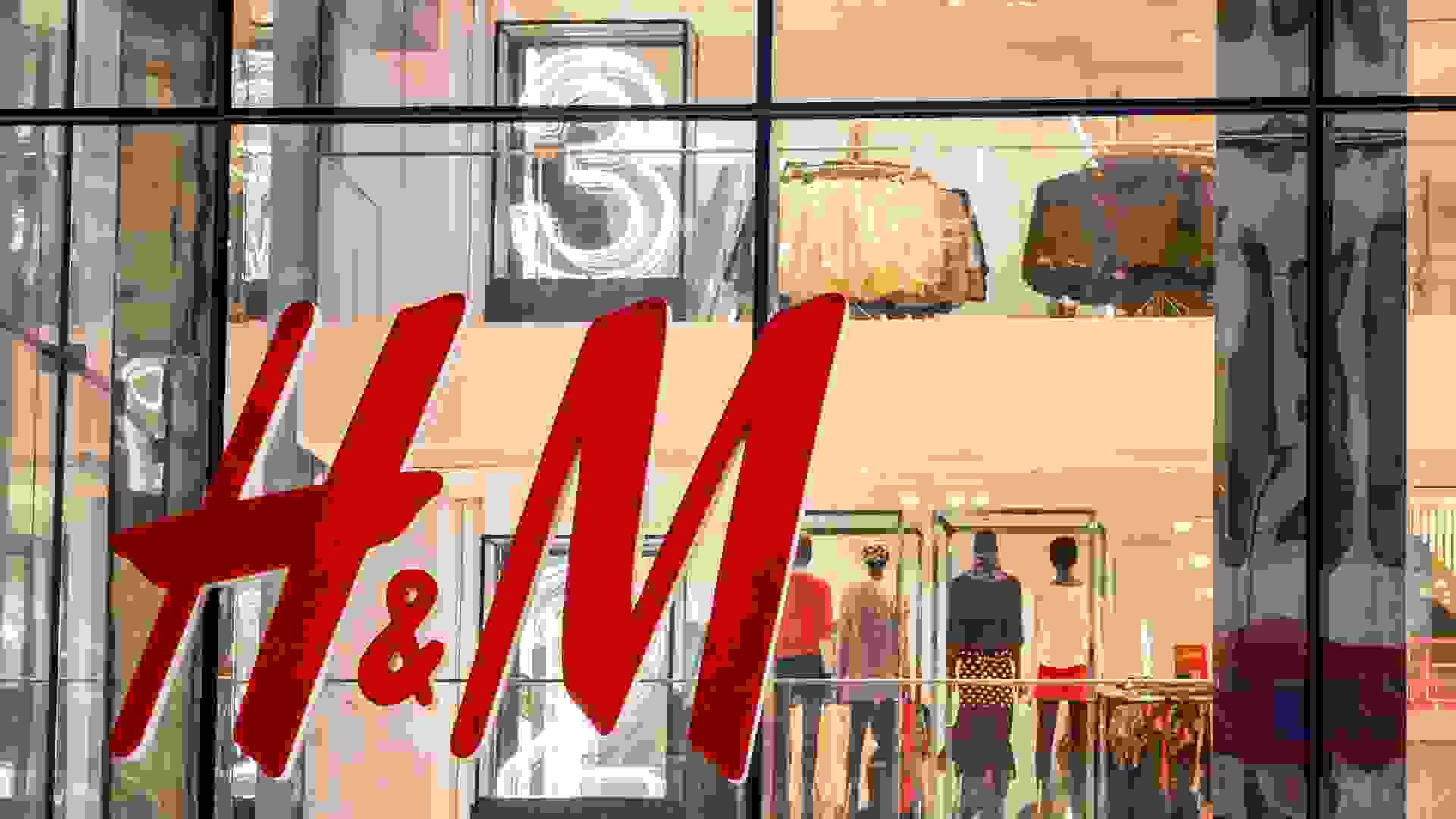 Fail: In January, fast-fashion retailer H&M was the subject of a firestorm of racism accusations. On the company’s website, an African-American boy modeled a green hooded sweatshirt with “coolest monkey in the jungle” printed across the chest.

The ad was perceived as overtly racist, derogatory and the backlash was so strong that the parents of the child model came out and stated they didn’t think the ad was racist or ill-intended. H&M, a company all too familiar with cultural missteps, issued an apology and hired a diversity leader.

See Other: Jobs That Didn’t Exist 30 Years Ago 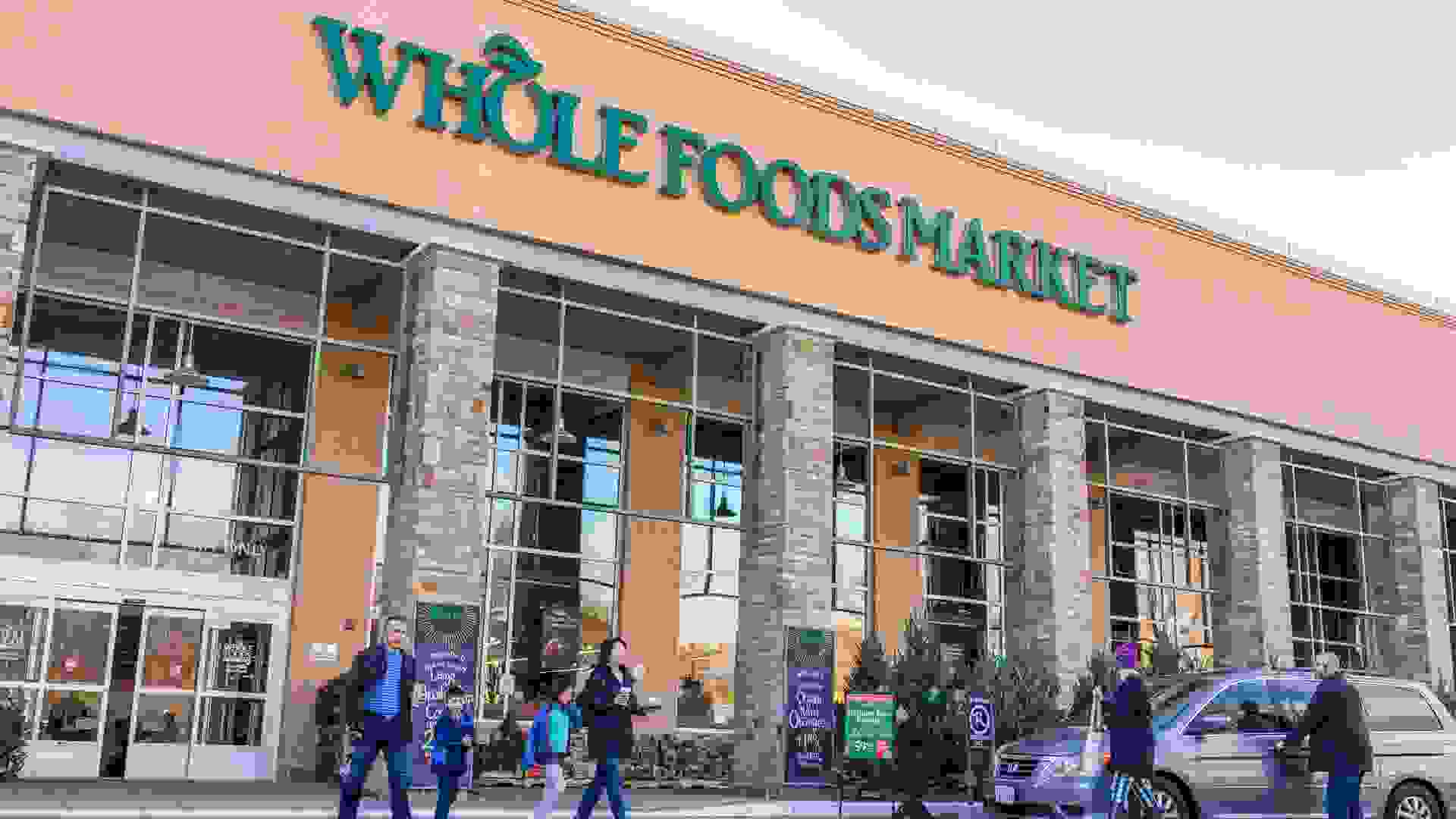 Fail: Whole Foods was at the center of a culturally insensitive controversy in April.

Yellow Fever, a pan-Asian fast-casual restaurant in California gained national notoriety after it partnered with national grocer Whole Foods. Originally named by the owners, an Asian husband and wife team, Yellow Fever was selected for its cheeky double entendre. The restaurant’s name recognition was relegated to its Southern California community until its third location opened inside of a Whole Foods in Long Beach, Calif. The announcement sparked a wave of criticism and Americans took to social media to opine on the restaurant’s racist and unappetizing name. 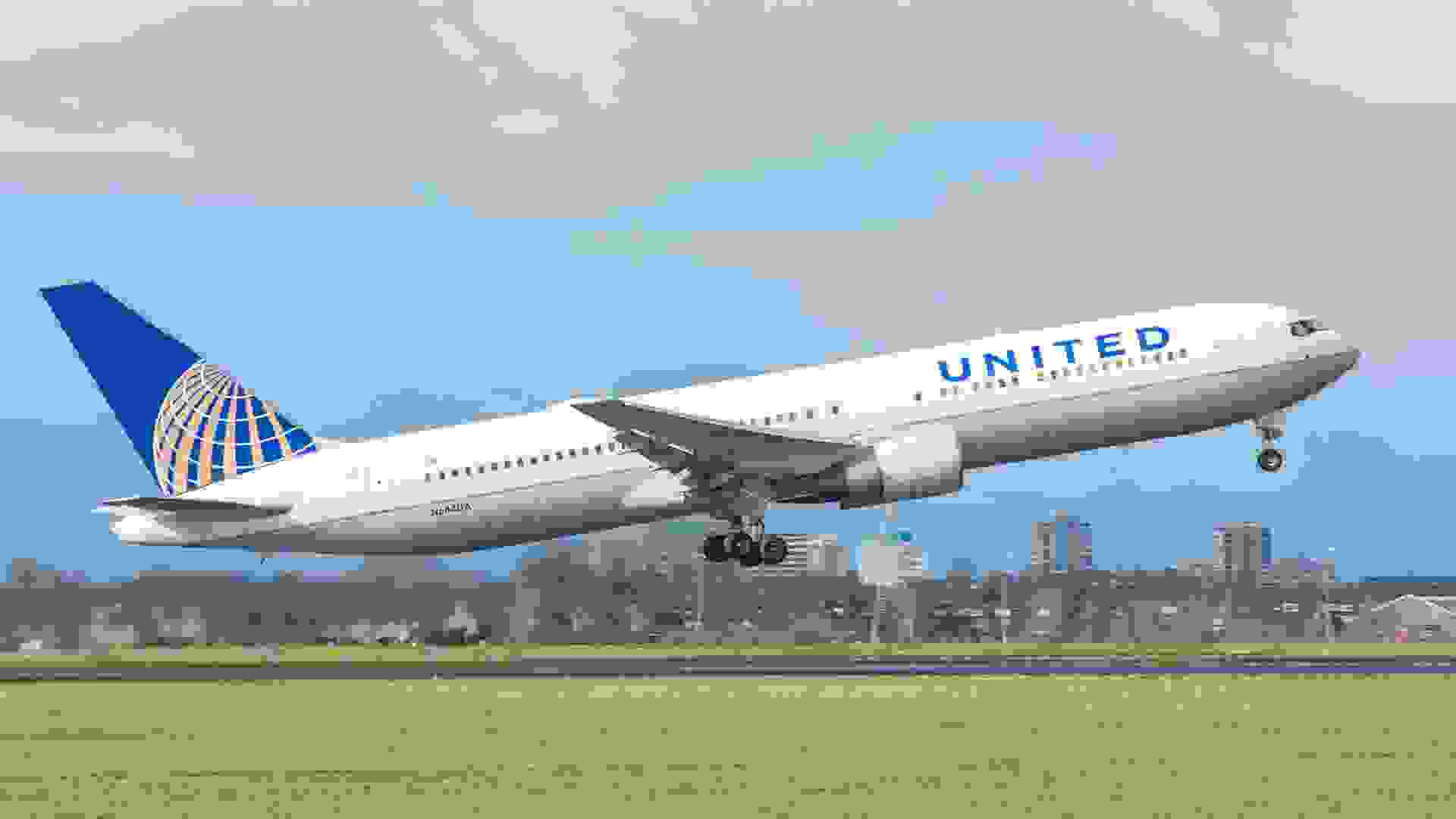 Fail: As much as United Airlines tried to distance itself from high-profile controversies of 2017, the public (especially animal lovers) once again turned on the airline carrier in 2018.

In January, United Airlines refused to allow a peacock to fly with a ticketed passenger, citing that the bird exceeded size limits and was not considered a service or comfort animal. The incident caused the airline to release a statement further clarifying its stance and guidelines for emotional support animals.

In March, a United Airlines flight attendant was responsible for the death of a family’s French bulldog puppy. The puppy was brought on board in a TSA-compliant pet carrier, but at the insistence of the flight attendant, the dog owner stowed the carrier in an overhead bin for the duration of the trip. After the plane landed, it was discovered that the puppy had suffocated during the flight.

The outcry prompted the airline to issue an apology and revamp its on-board animal policies. As for the family who lost their dog, it’s reported they reached an undisclosed settlement. 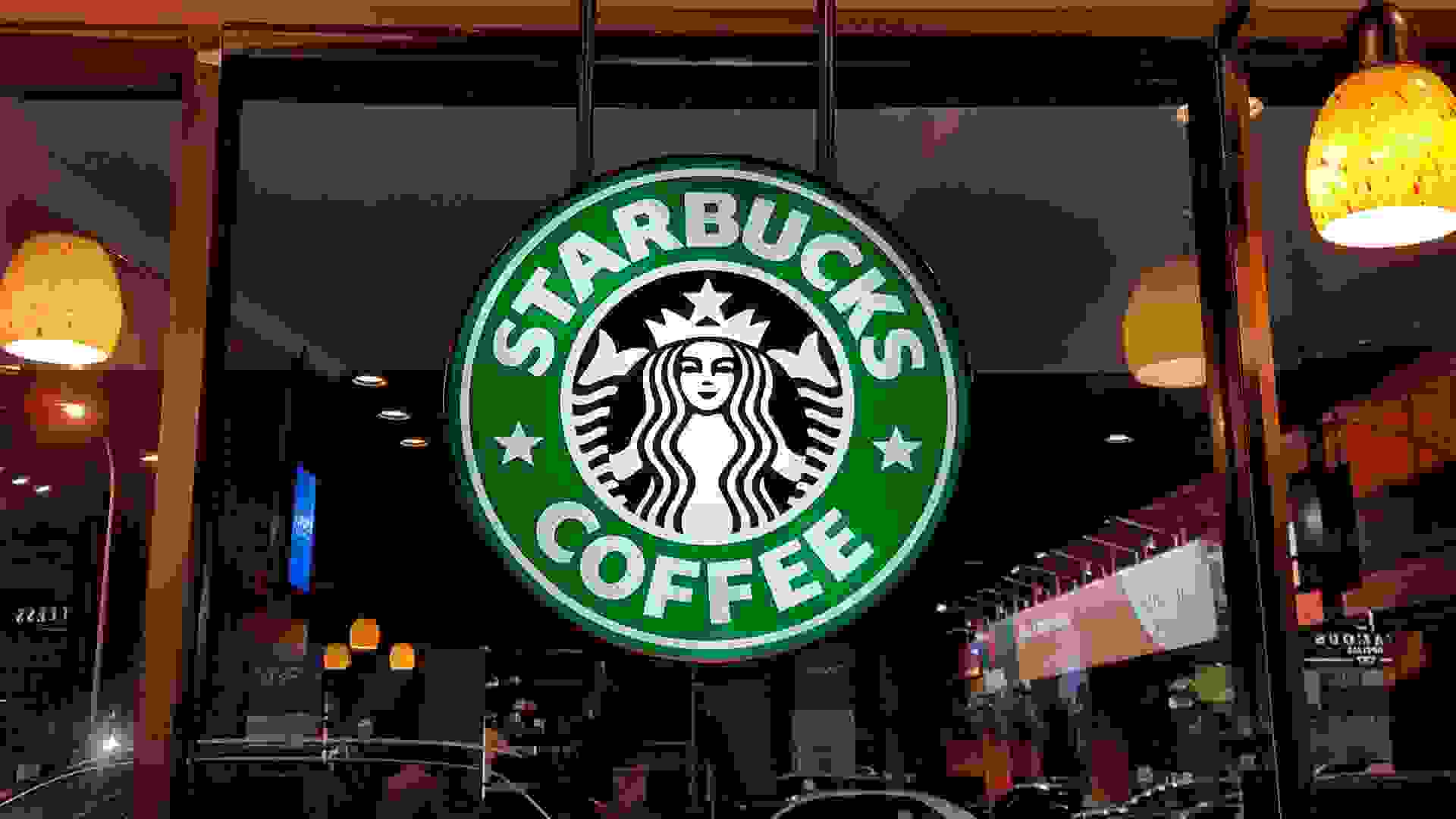 Fail: The year kicked off with an ambiguous campaign from the same company that introduced the world to the Pumpkin Spice Latte and the Unicorn Frappucino.

With much fanfare, Starbucks introduced a light-roast espresso blend to diversify the coffee chain’s dark-roast espresso menu. What should have been straightforward messaging about a menu addition was lost and bungled in communication all because of low-brow, stereotypical blonde joke. The campaign was accused of playing into old school rhetoric about blondes being flirtier and sweeter, and social media wasn’t having any of it.

In an unrelated event, the company came under fire again in April after a Starbucks store in Philadelphia had two African-American men arrested after they asked to use the bathroom without ordering anything and refused to leave. The arrests made national news and prompted Starbucks to close more than 8,000 stores in May to deliver racial sensitivity training to its 175,000 employees.

Check Out: How Starbucks Should Plan to Get Its Groove Back — And How You Could Benefit 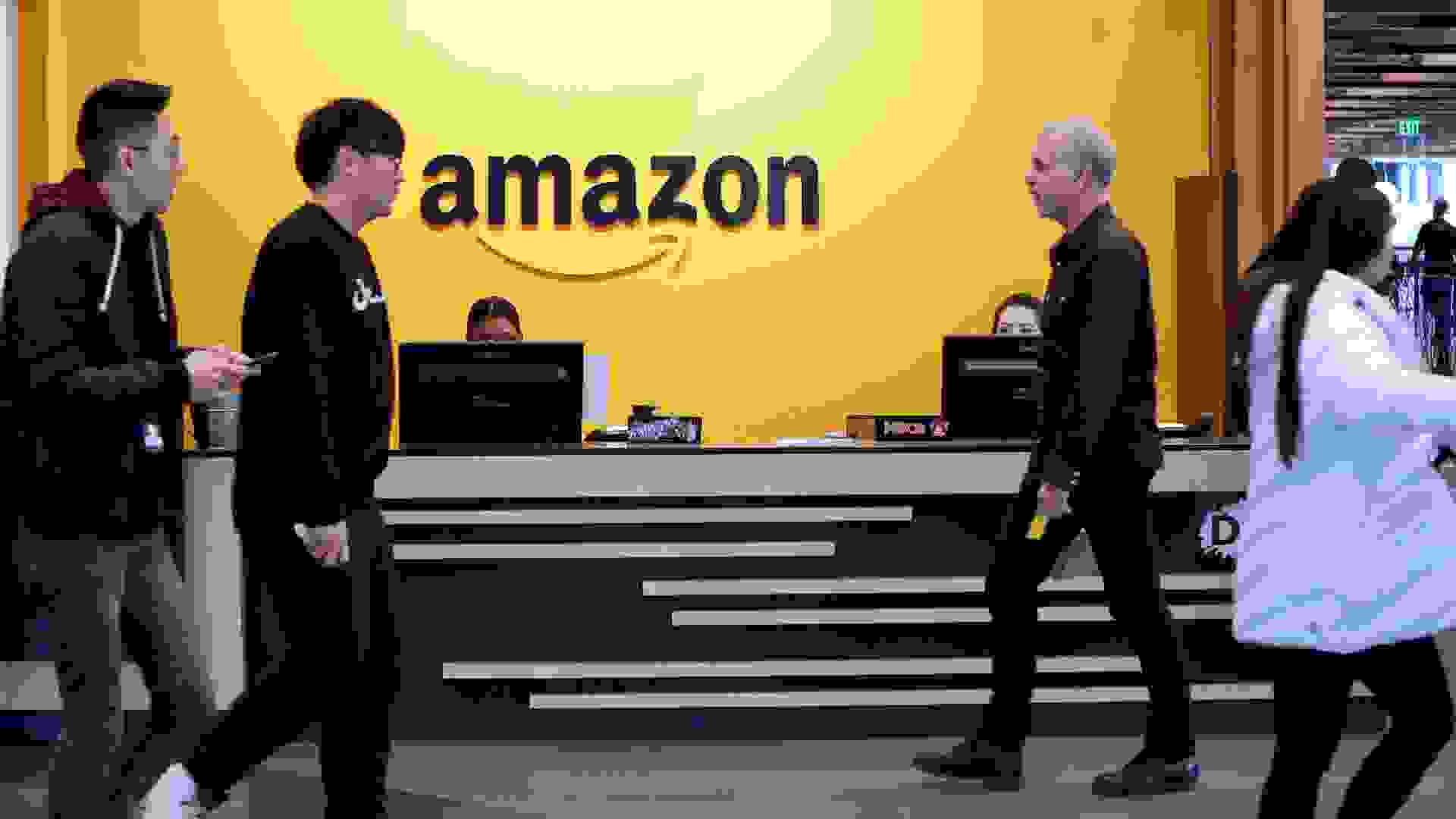 Fail: In October, The Everything Store boldly announced it was boosting the minimum wage for all its workers to $15 an hour and rallied its rivals to follow suit. And while the public was dazzled by Amazon’s benevolence, it quietly took away bonuses and stock awards for its employees.

After the announcement, Amazon warehouse employees were vocal in sharing their concerns for how the change would negatively affect their paychecks. Fortunately, Amazon listened to the backlash and reinstated performance bonuses, anniversary bonuses and raises.

Click through to read about 28 CEOs that have saved or sunk major corporations. 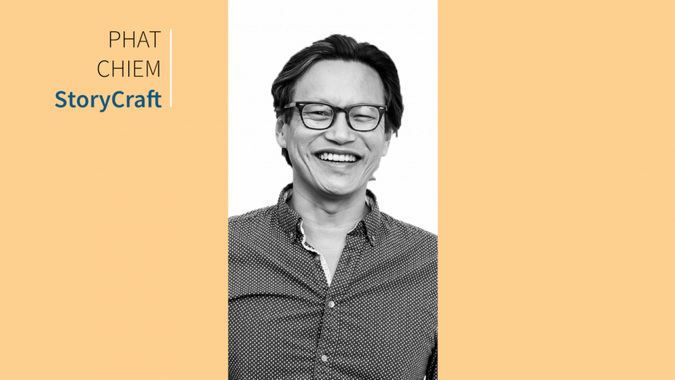 This Founder Says the Secret to Business Is Saying No

"Learn how to find clients that will appreciate your work."