BuzzFeed to go Public Via Spac in Fourth Quarter 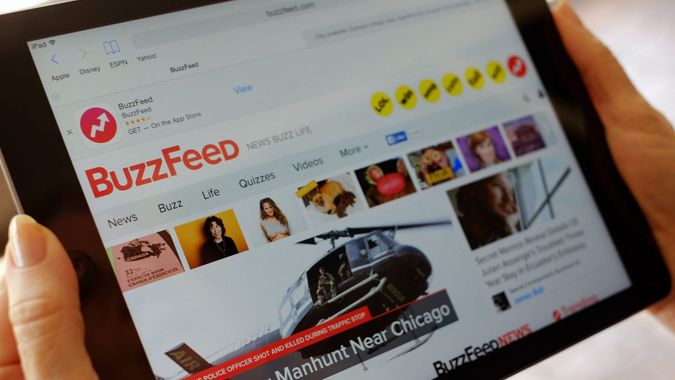 BuzzFeed announced today that it will become publicly listed via a merger with 890 Fifth Avenue Partners Inc., a publicly-traded special purpose acquisition company (SPAC), which holds $288 million in cash in its trust account.

See: 10 Affordable Stocks You Can Buy on a Budget
Find: 10 Post-Pandemic Stocks To Add to Your Portfolio

BuzzFeed, which was founded in 2006 by Jonah Peretti, said it is targeting an implied valuation at deal-closing of $1.5 billion and will be listed under the ticker symbol “BZFD,” according to a statement. The transaction is expected to close in Q4 2021.

As part of the transaction, BuzzFeed also announced an agreement with Hearst and Verizon to acquire Complex Networks, a global youth network “with unparalleled engagement among millennials and Gen Z,” according to the statement. The $300 million acquisition, which includes $200 in cash and $100 million of equity in BuzzFeed — will be completed simultaneously with the closing of BuzzFeed’s merger with 890 Fifth Avenue Partners Inc.

The company said its management team will remain in place, with Peretti, BuzzFeed’s founder and CEO, and Felicia DellaFortuna, its CFO, continuing in their roles. In addition, Adam Rothstein, Executive Chairman of 890 Fifth Avenue Partners Inc., and Greg Coleman, an advisor to 890 Fifth Avenue Partners Inc. and former BuzzFeed President, will join BuzzFeed’s Board of Directors.

“The acquisition of Complex Networks will expand our reach into new audiences, complement our entertainment, news and lifestyle brands, and open the door to even more revenue opportunities,” Peretti said in the statement.

See: How to Diversify Your Portfolio by Investing in Small Businesses
Find: Top Investing Tips for Those Who Don’t Follow the Market

Rothstein said in the statement his company had looked at many different media businesses “but none had the kind of brands, digital assets or business model that BuzzFeed does and which we believe can achieve the kind of meaningful growth and returns for our investors. Jonah and his team have built an incredible business. They are resilient, smart and innovative which will be important as we move ahead.”