Will Carnival Say ‘Bon Voyage’ to the US If It’s Not Allowed To Sail? 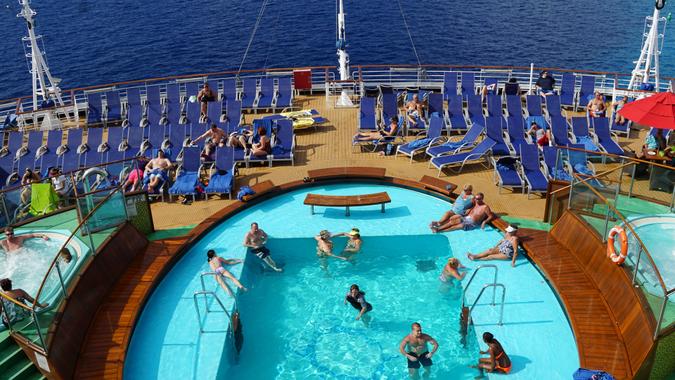 Cruise operator Carnival Corp. might not keep its ships in American ports much longer if the United States government doesn’t lift its ban on sailing.

See All Our Coverage: COVID’s Financial Impact After 1 Year
Learn More: How To Budget and Plan for a Vacation in 2021

In a statement Wednesday, Carnival President and CEO Arnold Donald said the company would consider shifting its home parts to other parts of the world, Reuters reported. However, Carnival stressed that it has not made definite plans to move its ships out of U.S. ports. For now, Carnival still operates out of 14 U.S. ports, making it heavily dependent on American customers.

Cruise ships in the U.S. are still under a “no-sail order” following reports of major COVID-19 outbreaks last year on some excursions. Last week, the Centers for Disease Control provided updated guidelines on its 74-point plan to let cruise lines return to business from U.S. ports.

But as The Tampa Bay Times reported on Wednesday, the CDC did not provide details on when cruise lines could perform simulated voyages with volunteer passengers – a required step before ships are allowed to sail with paying customers. The CDC also has not issued any definite guidelines requiring vaccinations for cruise ship passengers, although Norwegian Cruise Line Holdings earlier this week said it would require them for all of its brands.

Carnival CEO Donald has not said whether his company will mandate vaccinations. In the meantime, his company is working with the CDC to develop practical solutions that will allow ships to resume voyages. Carnival posted a first-quarter loss of nearly $2 billion, although its Q1 bookings were up about 90% higher from the previous quarter.

Check Out: The Items That You Should Continue To Stock Up On
Read Next: Supply Shortages That May Happen Again

Norwegian and Royal Caribbean Group said they will resume sailing directly from the Caribbean later this year with vaccinated passengers.