Don’t plan on scoring a deal on the latest Coach purse for much longer. The luxury accessories brand announced Monday its plans to acquire upscale retailer Kate Spade in an attempt to reinvigorate sales. The $2.4 billion purchase should help Coach appeal to a younger audience in the U.S., as well as to international customers looking for luxury shopping experiences.

But the acquisition isn’t the only change Coach has in mind. In late 2016, both Coach and Kate Spade made statements about the issues surrounding discount shoppers, citing outlet stores as an impediment to what would otherwise be increasing gross margins. According to the brands, the problem stems from weak sales, which force them to drive down prices via discounts that appeal to customers.

However, Kate Spade CEO Craig Leavitt told investors that there was “extremely low crossover” between customers who shopped outlet stores and those who bought full-priced products, implying that the shift in sales strategy seeks to target those customers who aren’t already bargain-hunting. In November 2016, both brands emphasized their plans to wean shoppers off discounts, according to CNBC.

Find Out: How to Appear Rich Without Spending Money

In fact, Kate Spade walked back its plans to open more outlet stores entirely, reducing its target of 150 store openings to just the 82 currently in operation. Coach already pulled its products from a reported 250 department stores in an effort to move away from frequently discounted environments, according to Fortune. As Coach Chief Executive Victor Luis told analysts, “The high level of promotional impressions created negatively impacts [Coach’s] long-term brand health.” With the influence of the merger, the full-price strategy is likely to continue.

In late 2016, Citi analyst Paul Lejuez said that Coach’s greatest sales improvement came from full-price stores, but that full-price stores only represented less than 15 percent of the company’s total sales. Coach ended the 2016 fiscal year with more than 200 outlet stores in North America.

It’s no secret that the retail industry as a whole has fallen on hard times, thanks to declining foot traffic in malls and the e-commerce giant Amazon. The growth of online retail has skyrocketed so quickly that Morgan Stanley predicted in 2016 that Amazon would hold as much as 19 percent of the apparel market by 2020. Luxury designers, which have been slow to adapt to the online landscape, feel an even bigger pinch from these factors.

Though Coach is far from closing the book on its outlet presence entirely, you might want to pay a visit sooner rather than later if you don’t want to pay full price for your luxury fashion.

Up Next: 20 Ways Retailers Are Tricking You Into Spending More Money 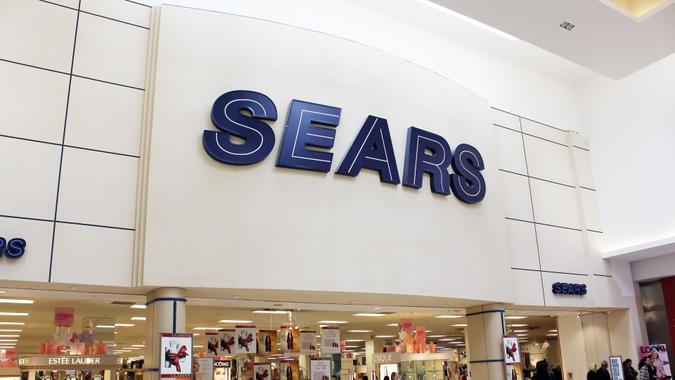 The Rise and Fall of Sears

From mail-order watches to department stores around the world, here's the complete Sears history.

> Money > Business > Coach and Kate Spade Are Teaming Up, and Raising Prices