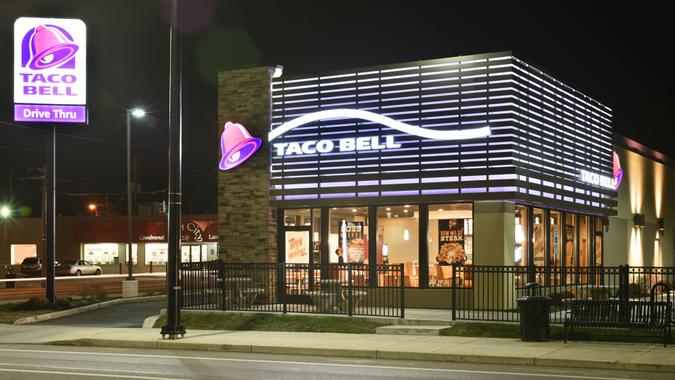 On the grand scale of negative events tied to the COVID-19 pandemic, Taco Bell’s business decision to do away with its Mexican Pizza was no big deal — except to rabid fans of the crunchy, saucy, cheesy and gooey menu item, who let the fast-food chain know they were none too happy with the decision.

Discover: 5 Best Foods To Buy in Bulk at Costco This Spring
More: 8 Best Cryptocurrencies To Invest In for 2022

The message must have gotten through. On April 18, Taco Bell said it will permanently restore Mexican Pizza to its menu (beginning May 19) after a 17-month hiatus, CNN Business reported.

Taco Bell took the pizza off its menu in Nov. 2020 during the height of the pandemic as part of a broader effort on the part of fast-food chains to simplify their menus and rein in costs. The decision was also driven by a desire on the part of Taco Bell to become more sustainable. Mexican Pizza packaging accounts for more than 7 million pounds of paperboard material per year in the United States, Forbes reported.

But the customer backlash was swift and relentless. A Change.org petition demanding the pizza’s return attracted roughly 200,000 signatures, prompting Taco Bell to reinstate the item.

“Our menu is full of fan favorites, but the Mexican Pizza is at the top of that list,” CEO Mark King said in a statement. “Mexican Pizza has a long history with the brand and I’m glad we could give fans what they crave.”

As for the packaging: The Mexican Pizza will continue to be served in a paperboard box, but Taco Bell has amped up its message for customers to recycle the boxes.

“As always, it is important to review the materials accepted at your local municipality to confirm recyclability,” a spokesperson told Forbes. “Taco Bell continues to diligently work to achieve sustainably commitments while delivering delicious food innovations that fans crave.”

In a press release, the company said it has worked to streamline its operations and ingredient sourcing to leave a smaller carbon footprint.

Industry experts expect a mad rush during the early days of the Mexican Pizza return. That should provide a big top-line boost to Taco Bell, which is owned by Yum Brands.

For the uninitiated, the Mexican Pizza consists of a tortilla shell filled with beans and/or ground beef and a pizza sauce, then topped with another tortilla shell that’s smothered with more sauce, cheese and chopped tomatoes. The item debuted in 1985 and was originally called the “Pizzazz Pizza.”

It costs $4.49. Members of Taco Bell’s loyalty program can order it beginning May 17, two days before its wider reintroduction.

Taco Bell is promoting the Mexican Pizza’s return with social media posts from Grammy Award-winning hip hop star Doja Cat, who created a TikTok rap in March declaring that “Mexican pizza is the pizza for you and me.”

In addition, Taco Bell will reward select petition participants and other fans who tweet “#IBroughtBackTheMexicanPizza” with exclusive Mexican Pizza merchandise.