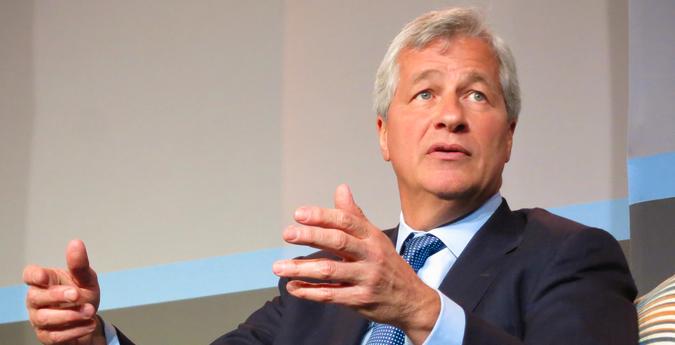 In his annual letter to shareholders, JPMorgan Chase & Co. CEO Jamie Dimon touched on some of the most pressing issues concerning our return to traditional work and the obstacles that hinder American economic growth.

Dimon expressed the need for a renewed workspace environment, such as more conference room space and less need for chairs, as a result of remote work.

He explained that for JPMorgan Chase’s roughly 200,000 employees, he envisions a type of hybrid model minimizing on-location work with remote hours. With 100% of the workforce not in the office at the same time, this will drastically reshape what the offices look like.

One of the most consequential statements he made was, “Remote work will change how we manage our real estate,” adding that the decreased need for workstations will “significantly reduce our need for real estate.”

See: JPMorgan Chase and S&P Global Flee NYC, Turn Financial District Into Ghost Town
Find: 34% of Remote Workers Would Rather Quit Than Go Back to the Office

He went on to add that he sees significant weaknesses to remote working. He stated a heavy reliance on Zoom meeting actually slows down decision making and “virtually eliminates spontaneous learning and creativity because you don’t run into people at the coffee machine, talk with clients in unplanned scenarios, or travel to meet with customers and employees for feedback on your products or services.”

He also claimed that performing jobs remotely is most successful when there are already work relationships in place, but it does not work as well when people do not know one another.

Dimon went on to discuss the emerging threat China poses to America’s global economic dominance.  He states that “China’s leaders believe that America is in decline…The Chinese see an America that is losing ground in technology, infrastructure and education — a nation crippled by politics, as well as racial and income inequality — and a country unable to coordinate government policies (fiscal, monetary, industrial, regulatory) in any coherent way to accomplish national goals. Unfortunately, recently, there is a lot of truth to this.”

The CEO stressed that the U.S. has enjoyed two decades of relatively easy dominance over the rest of the world as a result of the fall of the Soviet Union, but that now the economic tides are changing and the U.S. needs to take action.

Events like 9/11 and the Great Recession, he added, took a hit to America’s growth, and the recovery has been inequitable.

Dimon refers to slowed growth from 2000-2019 and highlights that it was worse for the lower 40% of the population. He goes on to say that income inequality has gotten worse, with almost 30% of Americans making less than $15 an hour, stressing that it is barely a living wage. Thirty percent of Americans, he says, do not have enough savings to deal with unexpected expenses totaling $400.

See: States Where the Rich Get Richer and the Poor Get Poorer
Find: Americans’ Savings Drop to Lowest Point in Years

He states, “The fault line is inequality,” commenting that, “If income inequality is the fault line, returning to the basic morality at the core of America’s founding principles can lead us to a common purpose and help us bind together again.”

Dimon’s words tend to reverberate throughout Wall Street and into corporate America as well. Other companies could take Dimon’s lead and turn to a hybrid on/off location model for work post-pandemic. Particular interest will fall upon the corporate real estate market. Should big business in general start downsizing its office space in New York, it will lead to sizable implications for a real estate market that houses tens of thousands of employees in its skyscrapers.

See: Will Major U.S. Companies Ever Fully Re-Open Offices? CEOs Are Divided
Find: What Offices Will Look Like Post-Pandemic

In a time where the current administration has taken a hard stance on China, Dimon’s words on China are notably of consequence. While Dimon and other CEOs have long been opposed to the Democratic policies of increasing corporate taxes, China presents common ground and a shared adversary.

Dimon’s stance on income inequality is shared amongst many other high-ranking CEOs as well, and the future will show what, if any, actionable change is taken.