CVS Health Corporation (CVS) confirmed that the company would buy Aetna (AET) for $69 billion at the beginning of December. The business acquisition is poised to upend the healthcare industry when the huge drugstore chain subsumes the large U.S. health insurer.

This M&A process has the potential to benefit consumers by changing the way healthcare services are delivered. For example, in-store pharmacists and nurses can order the lab work to diagnose and counsel consumers about their conditions. CVS is evolving from a drug store model into a healthcare business.

The company is protecting itself from the competitors and the possible entry of Amazon into the drug market. When the deal was announced, Aetna shares rose 1 percent and CVS shares gained 2 percent. With a one-year price target of $85.55, healthcare sector investors might look at CVS, priced at $72.50 at the end of December.

Apple (AAPL) beats out Snapchat and Spotify in a buyout of Shazam’s music recognition app. The Shazam app, one of the biggest sellers in the iTunes store with over 1 billion downloads, helps identify what you’re listening to and sold for just $400 million in a great deal for Apple.

By investing in Shazam, with hundreds of millions of users, Apple will offer music recognition and downloads through Siri and iOS. Shazam backers might be glum, however, as Shazam was once valued at $1 billion and missed out on an additional $600 million.

On Dec. 19, Campbell’s (CPB) inked an all-cash deal to buy snack food company Snyder’s-Lance (LNCE). The price was a 27 percent premium to LNCE’s share price, on the last trading day before the merger announcement.

See Also: 15 Dividend-Paying Stocks to Add to Your Portfolio

U.S. based private equity firm KKR & Co. agreed to spend $8.03 billion for European Unilever’s (UN) spreads business. Unilever is working to improve shareholder value and reconfigure its offerings. The Anglo-Dutch firm’s spreads business which includes Country Crock and I Can’t Believe It’s Not Butter! has faltered as consumers gravitate toward real butter. Private equity firms believe they can improve operations of business segments with more focus and scrutiny than these divisions receive as part of a huge entity.

This deal is the second largest European private equity transaction this year.

Walt Disney Company (DIS) agreed to buy most of Rupert Murdoch’s 21st Century Fox (FOX) in mid-December. The all-stock transaction is worth $52.4 billion, but the deal requires Justice Department approval.

This deal acknowledges Disney’s recognition that the future of TV and movie viewing is online. If completed, it would undoubtedly shake the media and entertainment industry. Disney continues to innovate with grand plans to introduce streaming services by 2019. This disruptive move would also give Disney the muscle to compete with Netflix, Apple, Amazon, Google and Facebook in the online video landscape. 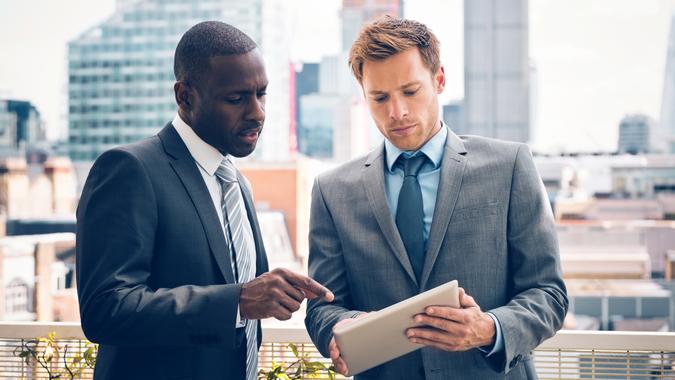 How to Get an Angel Investor

Angel investors can be the salvation for some companies.

> Money > Business > Major Mergers and Acquisitions in December: What Investors Should Know About CVS, Disney, Apple and More