Reddit Raises New Round of Funding, Doubles Its Valuation to $6 Billion 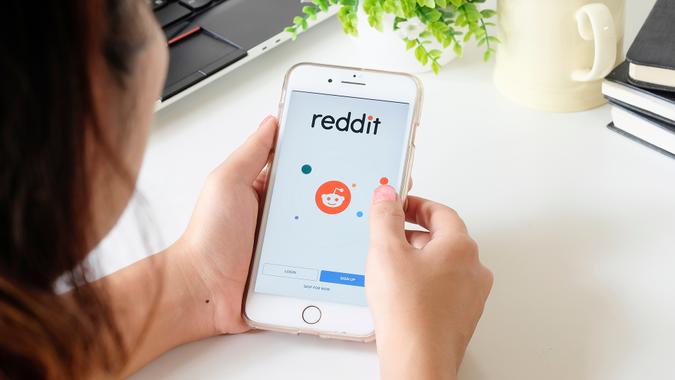 Reddit, which has been at the center of the market volatility saga of the past week, said it had raised more than $250 million in funding — doubling its valuation — and that it is “readying to double the number of Reddit employees this year.”

“As we reflect on Reddit’s 16th year, we are struck by how much has changed and also what has endured. Time and again, we have seen the power of community and connection alongside the growth and evolution of those communities and the humans behind them,” the company said in an announcement posted today on its blog. The post goes on to say, “We decided that now was the right opportunity to make strategic investments in Reddit including video, advertising, consumer products, and expanding into international markets.”

The company, which was previously valued at $3 billion after its last funding round in February 2019, according to the Wall Street Journal, is now valued at $6 billion.

Earlier this month, retail traders on the subreddit group WallStreetBets, who were intent on taking down hedge-fund short sellers by buying shares of stocks that didn’t seem to have much of a chance of success, sent stocks, including GameStop, AMC Entertainment and Bed Bath & Beyond, soaring (and then crashing). The recent market volatility has brought the attention of regulators, and last week, Treasury Secretary Janet Yellen met with the heads of the Securities and Exchange Commission, the Federal Reserve, the Federal Reserve Bank of New York and the Commodity Futures Trading Commission to “discuss whether or not the recent events warrant further action,” adding that “we need to understand deeply what happened before we go to action, but certainly we’re looking carefully at these events.”

Reddit Chief Executive Steve Huffman said in an interview with The Wall Street Journal that “it’s a good market to fundraise…Valuations are very high right now. It never hurts to raise money when there’s an opportunity to do so and Reddit had a strong year.”

In December 2020, the company acquired the short-form video platform Dubsmash to bring “highly polished video creation tools to our platform and encourage under-represented creators to find a home on Reddit,” according to a company announcement.

In its blog announcement, Reddit says it has also continued to scale its advertising business, “which is now poised to deliver performance and engagement in addition to brand awareness. Advertisers have responded favorably to our efforts and the authenticity of community on Reddit, with direct advertising revenue increasing 90% in the last quarter, year-over-year.”

Reddit, which said it couldn’t afford the $5.5 million Super Bowl ad price tag, instead running a five-second ad that read in part, “‘Wow, this actually worked,” declared the text-only commercial a success. “If you’re reading this, it means our bet paid off.” The ad went viral yesterday.