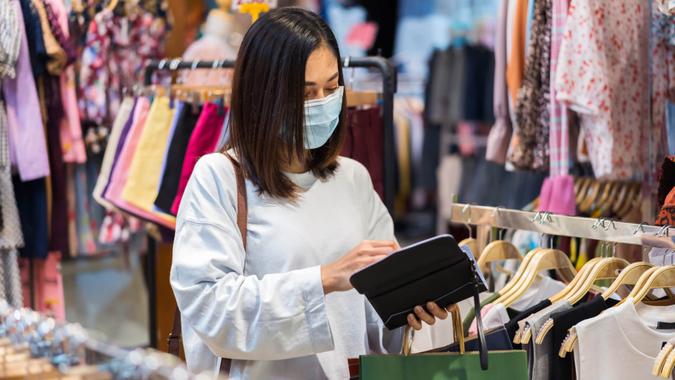 The Commerce Department released its January personal income and inflation estimates. The good news? Personal income was up 10% due to the stimulus checks that were distributed early in the month, according to CNBC. The last increase of this magnitude was in April 2020, after the first round of stimulus checks.

See: Are You Eligible for a Third Stimulus Check – and If So, When Will You Get Yours?
Find: Essential Money Tips for Surviving the ‘Pandemic Spiral’

The data shows that retail expenditures increased 2.4%, so the stimulus did indeed stimulate economic activity, according to CNBC. Not all of the money was spent, because the personal savings rate increased 20.5%, the highest rate since May of 2020, when the first round of stimulus checks and increased unemployment benefits were in the economy.

See: Economy Explained – What Is Inflation and What Does It Mean When It Goes Up or Down?
Find: Americans’ Savings Drop to Lowest Point in Years

Americans in general have a low savings rate. The thought is that this higher rate is temporary and will be reversed as pandemic restrictions ease. People are saving for vacations, parties and other things that will become important when we are allowed to be out and about.

The Senate is currently hashing out the passage of a new round of stimulus payments that would most likely be distributed in March. We can look for similar data then.