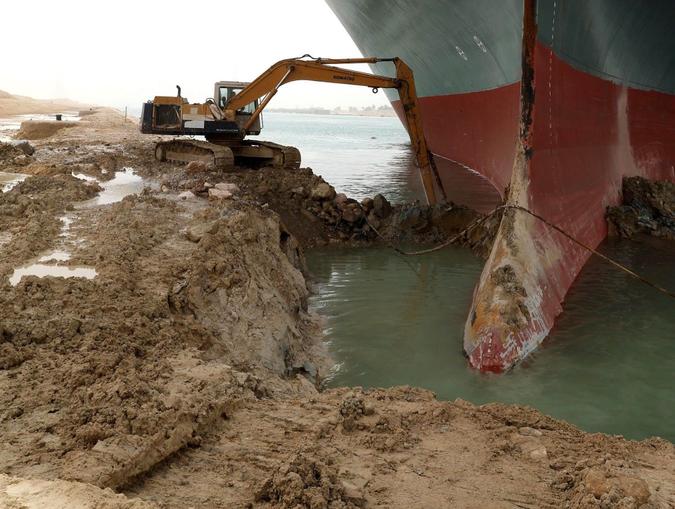 Here we go again. The early pandemic days of the toilet paper panic might be upon us again, due to the stuck cargo ship in the Suez Canal blocking all traffic.

See: One Year After Toilet Paper Panic-Buying, Here Are the Items We Still Can’t Get Enough Of
Find: Supply Shortages That May Happen Again

after years of bitcoin and reddit short selling and credit default swaps and a million other things i don’t understand it’s so refreshing to hear that global commerce is in peril because a big boat got stuck in a canal
— Brandy Jensen (@BrandyLJensen) March 25, 2021

“With demand surging for ships that carry ribbed steel containers, the squeeze is starting to spill over to break bulk and threatens to delay the company’s shipments,” CEO Walter Schalka said in an interview with Bloomberg.

Schalka added that he is concerned that the shipping problems are going to snowball and only get worse from here. Significant disruptions to the pulp trade could eventually impact supplies of toilet paper if producers don’t have ample inventories, Bloomberg reports.

See: Why Investors Recommend Buying Cyclical Stocks Now
Find: The Oil Industry Wants to Tax Carbon – Here’s What’s in It for Them

Earlier this week, a massive 400-meter —  1,312-ft. — cargo container ship, the Ever Given, beached sideways and is blocking the Suez Canal.

“According to information from the Suez Canal Authority, the grounded vessel has been partially refloated and is now alongside the Canal bank. Convoys and traffic are expected to resume as soon as vessel is towed to another position,” said the website of GAC, a shipping agent.

According to The New York Times, if the authorities in Egypt are able to free the Ever Given from the channel within two to three days, “the episode will likely prove a minor inconvenience to the shipping industry. Shipping companies generally build in extra days to their schedules to account for delays.”