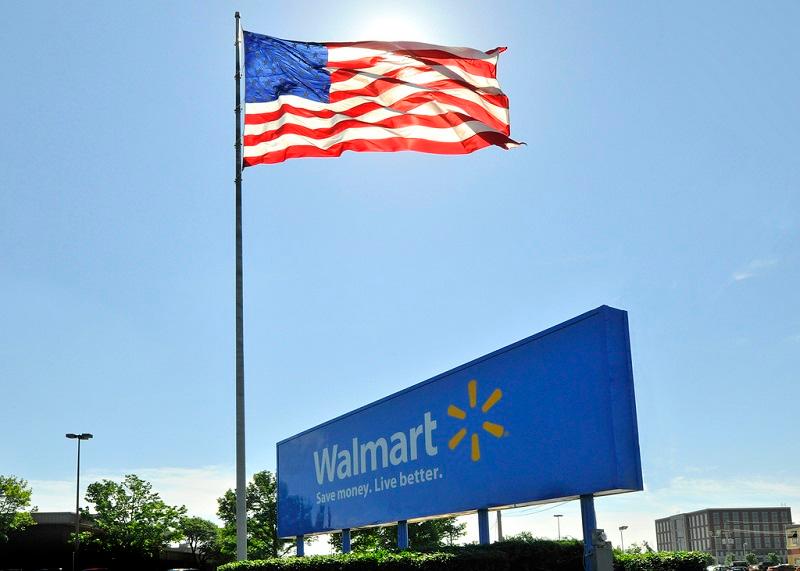 Major retailers Walmart and Sears have both announced they will be removing all merchandise that depicts the Confederate flag from their stores.

The decision is a response to recent discussions over the Confederate flag — a symbol of slavery-era South — spurred by the racially motivated shooting of the historic African American church Emanuel African Methodist Episcopal (AME) Church in Charleston, S.C. that killed nine people. With photos of the alleged shooter posing with the Confederate flag circulating, some view the flag as a toxic symbol of white supremacy, black oppression and racially centered hate.

In response to the toxic nature of the symbol, South Carolina Governor Nikki Haley called for the Confederate flag to be removed from state buildings on Monday. Up until that point, the flag had been on display at the South Carolina statehouse, reports Slate.

Read: 30 Items to Avoid at Wal-Mart

On the same day Gov. Haley called for the Confederate flag’s removal, Walmart announced it would discontinue stocking and selling Confederate flags and any merchandise depicting the flag.

“We never want to offend anyone with the products that we offer,” said Walmart spokesman Brian Nick in a statement. “We have taken steps to remove all items promoting the Confederate flag from our assortment — whether in our stores or on our web site.”

A Sears spokesman also told CNN that stores operated by the Sears Holdings Corporation, which includes Sears and Kmart, already does not sell Confederate flags in its stores and will remove all Confederate flag merchandise from its online storefront.

10 Things You Didn’t Know About McDonald’s