Who Sold Twitter to Elon Musk? Meet the Board of Directors 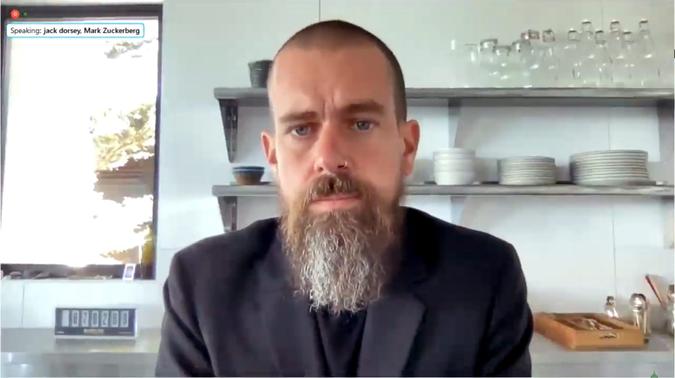 In news dominating current business headlines, Twitter’s board recently agreed to the $44 billion bid Elon Musk had made to acquire the social media platform. But who was behind the unanimous decision?

Discover: 10 Things You Always (and Never) Should Buy at the Dollar Store
More: 20 Genius Things Mark Cuban Says To Do With Your Money

Meet the board members, who come from a wide array of backgrounds — including academia, finance, government and tech.

Bret Taylor is co-CEO of Salesforce and the chair of Twitter’s board of directors. Previously, he served as chief operating officer and chief product officer of Salesforce, according to his profile on the company’s website.

Taylor was the co-founder and CEO of Quip, the platform Salesforce acquired in 2016. Prior to founding Quip, Bret served as the chief technology officer of Facebook and saw the company through its IPO in 2012.

He is also credited with the invention of the “Like” button, and co-created Google Maps.

Taylor graduated from Stanford University in 2003 with a B.S. and M.S. in computer science and now lives in the Bay Area.

Agrawal is the CEO of Twitter. He joined the company in 2011 and had served as chief technology officer beginning in Oct. 2017. In Nov. 2021, the board of directors unanimously appointed Agrawal as CEO and a member of the board, replacing Jack Dorsey. Dorsey will remain a member of the board until his term expires at the 2022 meeting of stockholders.

Dorsey co-founded Twitter in 2006 and became CEO. He is also the co-founder and CEO of Block (formerly Square).

Upon stepping down as CEO in November, he said, “I’ve decided to leave Twitter because I believe the company is ready to move on from its founders. My trust in Parag as Twitter’s CEO is deep. His work over the past 10 years has been transformational. I’m deeply grateful for his skill, heart, and soul. It’s his time to lead,” according to an announcement at the time.

Alemayehou is the senior vice president of strategic growth at Mastercard. Benzinga reports that she previously served as the executive vice president of the Overseas Private Investment Corporation (OPIC), a position she was appointed to by former President Barack Obama. She was previously appointed by former President George W. Bush to serve as the U.S. executive director on the board of the African Development Bank.

Durban is co-CEO of Silver Lake, a global private investment firm, and has served as a board member since March 2020.

He is also chairman of the board of Endeavor, and serves on the boards of City Football Group, Learfield IMG College, UFC, Unity Technologies, Verily Life Sciences, Waymo and several public companies.

Durban also serves on the Business Council and Business Roundtable. According to Forbes, he has an estimated net worth of $1.5 billion.

Lane Fox is the founder and chairperson of karaoke chain Lucky Voice Group as well as the co-founder and former managing director of lastminute.com. She sits as a crossbencher in the U.K.’s House of Lords, appointed as a life peer in 2013.

She has been a Twitter board member since April 2016. Since August 2005, she has also served on various private company boards. She holds a B.A. in ancient history and modern history from the University of Oxford.

Kordestani, a former executive chairman at Twitter, served as a high-ranking Google exec from 1999 to 2015.

He has been a board member since Oct. 2015. Kordestani also worked at Netscape Communications Corporation as vice president of business development prior to his tenure at Google. Kordestani holds a B.S. in electrical engineering from San Jose State University and an MBA from Stanford University.

Dr. Fei-Fei Li is the inaugural Sequoia Professor in the Computer Science Department at Stanford University, and co-director of Stanford’s Human-Centered AI Institute, according to her profile on Stanford’s website.

She also served as the director of Stanford’s AI Lab from 2013 to 2018. During her sabbatical from Stanford — from Jan. 2017 to Sept. 2018 — she was vice president at Google and served as chief scientist of AI/ML at Google Cloud.

She holds a B.A. in physics from Princeton, and earned her Ph.D. degree in electrical engineering from the California Institute of Technology. She joined Stanford in 2009 as an assistant professor.

Pichette is a general partner with Inovia Capital, a Canadian venture capital firm. He has been on Twitter’s board since Dec. 2017.

Previously, Pichette served as senior vice president and chief financial officer at Google. He also held positions at Bell Canada Enterprises and was a principal at McKinsey & Company.

Pichette holds an M.A. in philosophy, politics, and economics from Oxford University as well as a B.A. in business administration from Université du Québec à Montréal.

Rosenblatt is the CEO of online luxury marketplace 1stdibs.com, Inc. He has served as a member of Twitter’s board of directors since Dec. 2010.

He previously served as president of global display advertising at Google, which he joined in 2008 in connection with Google’s acquisition of DoubleClick, where Rosenblatt had served in a managerial and executive role since 1997.

Rosenblatt holds a B.A. in East Asian studies from Yale University and an MBA from Stanford University.

See: POLL: Do You Think States Should Suspend Their Gas Taxes?
Find: Can You Still Buy Twitter Stock If Elon Musk Owns the Company?

Zoellick is the former chairman of the board of directors of AllianceBernstein Holding L.P., and has served on Twitter’s board since July 2018.

He is also a board member of Temasek Holdings (Private) Ltd., a Singaporean corporation principally engaged in the business of investment holding.

Zoellick was the eleventh president of the World Bank Group, serving from July 1, 2007, to June 30, 2012. According to his profile on the World Bank website, he served in the Treasury and State Departments and in the White House of George H.W. Bush. Between 1993 and 1997, Zoellick held the title of executive vice president of Fannie Mae, the government housing finance corporation.

He was also a senior advisor to Goldman Sachs, and had various academic appointments. Zoellick returned to government employ as the U.S. Trade Representative (2001-2005) and Deputy Secretary of State (2005-2006).

Zoellick holds a B.A. from Swarthmore College, a J.D. from the Harvard Law School and an M.P.P. from Harvard University’s Kennedy School of Government.