Americans Go on a Spending Spree a Year After COVID Peak 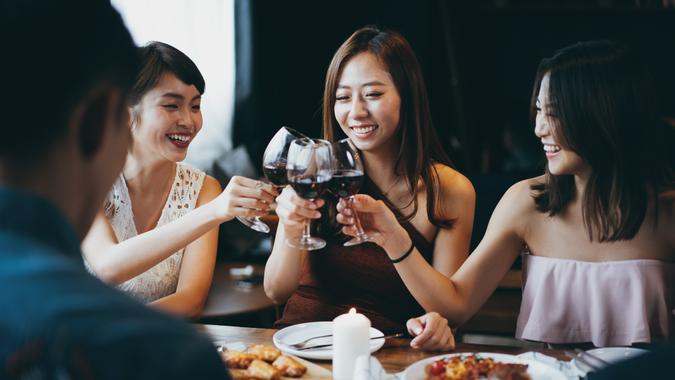 A year after COVID-19 kept Americans cooped up and many businesses shut down, consumers have opened up their wallets in a big way.

See: More Americans Are Moving Back to Pre-Pandemic Life — How Will It Affect Spending?
Find: Fact Check — No, There Isn’t a $7K Stimulus Coming This Week

Spurred on by a recovering economy and improving jobs outlook, Americans are spending an average of $765 more a month this year than they did in 2020, according to the MassMutual Consumer Spending & Saving Index.

Younger folks are leading the charge. On average, millennials and Gen Z are spending $1,016 more per month compared to last summer. A good chunk of the money is going toward dining out (36%) or travel/vacation (35%).

See: How to Curb Your ‘World Reopening’ Spending
Find: Keeping Up with the Joneses and 10 Other Bad Money Habits to Break Now

With a rise in social gatherings due to relaxed COVID rules, more than half (51%) of Americans are feeling the effects of FOMO (fear of missing out), MassMutual found. Other findings include the following:

At least part of this year’s heavy consumer spending can also be attributed to more robust savings accounts during the pandemic. As previously reported on GOBankingRates, U.S. households saved about $1.6 trillion more than predicted in 2020, according to a Deloitte economic forecast. That same forecast projected a decline in the savings rate this year and very strong growth in consumer spending.

See: Bank of America CEO Says Consumer Spending is 20% Higher Than 2019
Find: Employees Would Rather Work from Home Than Get a Raise

But not all of the money is going toward fun and games. MassMutual found that one-third of U.S. office workers and 43% of millennial workers expect to spend more when they return to in-person or hybrid work settings. Meanwhile, nearly half (46%) of K-12 parents expect to spend more this back-to-school season compared to 2020. The top spending categories are new clothing (69%) and school supplies (67%).

How long the spending spree goes on depends in part on the impact of the coronavirus Delta variant. As CNBC reported Tuesday, the recent surge in COVID cases fueled by the variant has put in-person learning in jeopardy at some schools, and many offices have delayed their return-to-work plans.