Americans Have Too Many Airline Miles And That Could Cost Them 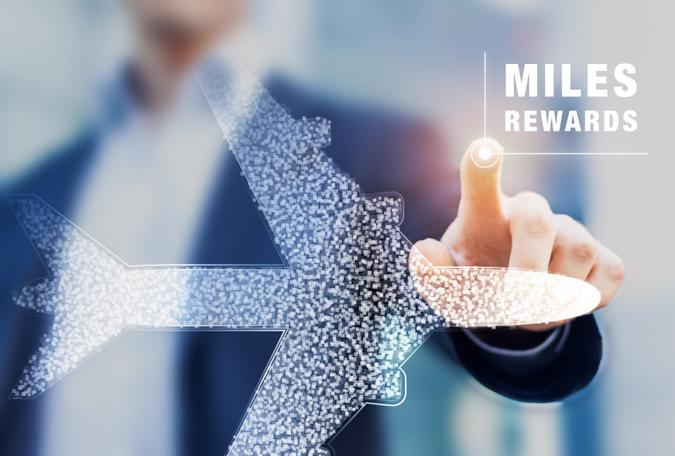 Though the pandemic is far from over, there is finally reason for optimism in the United States. More than 35% of Americans are now fully vaccinated against coronavirus, according to U.S. News & World Report, and the CDC reported COVID-19 cases have been trending down. Ready to seize the somewhat-good moment after more than a year stuck at home in the midst of a bona fide plague, Americans are hungry to travel — and those with airline miles stashed up may be feeling especially eager. This is where the airline industry — and its happy travelers — could run into a jam.

See: Senators Ask Airlines to Refund Trips to Americans to ‘Pay for Food, Housing’
Find: Airlines See Pandemic-Era Record High Travel — How Can You Save On Your Next Flight?

The problem is travelers have way too many miles stashed away, creating a glut in the air travel space.

A new report with ValuePenguin by LendingTree found that the U.S.’ five most valuable airline loyalty programs closed out 2020 with $27.5 billion in liabilities — up $2.9 billion from 2019. Additionally, for every dollar’s worth of miles collected in 2020, consumers redeemed just 57 cents across the five wealthiest programs — a plummet from 2019’s 90 cents on the buck.

“Right now, there’s too much ‘currency’ (miles) in circulation, because travelers have spent a year accumulating miles without really spending them,” said Alex Miller, founder and CEO of UpgradedPoints.com. “With this increase in currency in the bank, rates for using miles will inevitably go up to compensate for the amount of points in circulation.”

As airlines look to recover from their multi-billion dollar loss in 2020, they’ll likely escalate what is, ultimately, the natural course of airline miles: a decrease in value.

“The value of our miles never goes up — only down,” said Nicole LeBlanc, travel advisor and owner of Mon Voyage. “This period of frequent policy and ticket rule changes allows them the opportunity to devalue miles in some new way yet to be seen.”

Slashing the worth of accumulated airline miles could help airlines recoup some financial losses; it could also result in a loss of customer loyalty, which would also be harmful to airlines.

Discover: Fully Vaccinated Americans Will Be Able to Travel to Europe this Summer – How Much Will It Cost?

“While devaluing loyalty miles may provide some near term cost savings to the airlines, we’ve yet to see how this will affect the long term loyalty member value,” said Michael Murphy, director of business development at Collinson. “There’s a chance members may no longer see the value of their program and instead focus their efforts on earning transferable rewards currencies that aren’t tied to a single airline.”

The devaluation of airline miles for consumers isn’t just a possibility on the horizon — it’s already happening.

“We’ve already seen rewards devaluations among some airlines since the pandemic started and it stands to reason that we’ll likely see more in the near future,” said Ben Walker, travel and credit card expert at FinanceBuzz.

So, if you’re looking to book that post-sheltering-in-place getaway using your airline miles, the best thing you can do is to book sooner than later. The devaluation will only worsen.

“At some point in mid to late 2021, we’re likely to see a significant devaluation of miles so it’s best to spend miles now and not save them for future trips,” said Miller.

If booking a getaway isn’t in the cards for you in the immediate future, bear in mind that you can usually use your airline miles on other perks. Frequent traveler Thomas Fultz told GOBankingRates that he was able to get his kids Powerbeats and a hoverboard, among other big-ticket items by using his stockpile of points.

“My reward miles balance is low, [but] our Covid quality of life is up,” Fultz said. “I don’t have this fear of miles going bad.”