Senators Ask Airlines to Refund Trips to Americans to ‘Pay for Food, Housing’ 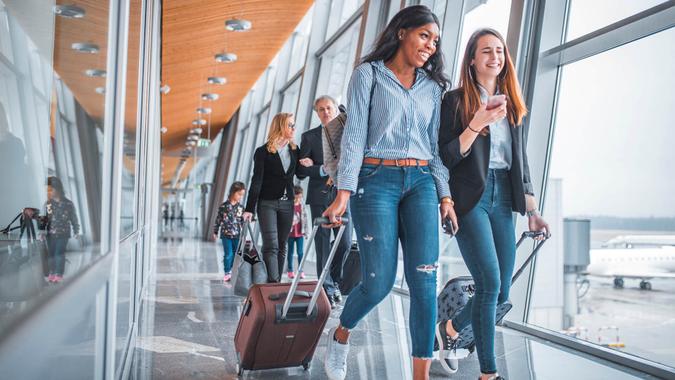 With the economy re-opening and the pace of vaccinations accelerating, wanderlust is back again. While millions of American airline customers have been issued vouchers for their canceled trips, dates for these are about to expire. Now, two senators are asking the airlines to either waive the expirations or refund customers in cash, as many Americans are facing a new pandemic-related financial reality.

See: What to Expect to Pay If You’ll Be Flying This Summer
Find: Airlines See Pandemic-Era Record High Travel — How Can You Save On Your Next Flight?

“Although many air travelers have had to cancel flights due to no fault of their own, many airlines have denied them the cash refunds they deserve, and are instead issuing temporary flight credits that are now beginning to expire despite the ongoing health emergency. Accordingly, we write to urge your airline to make all flight credits — including those already issued and those that have expired during the pandemic — valid indefinitely by default,” Sens. Edward Markey and  Richard Blumenthal wrote to the CEOs of several airlines.

The senators argue in the letter that the airline should offer a cash refund for all tickets on flights canceled during the coronavirus pandemic, whether canceled by the airline or traveler, as Americans “need cash in their pockets to pay for food, housing, and prescriptions during this emergency,” according to the letter.

CNN reported that passengers have filed more than 107,000 official complaints since March 2020, and 95,000 of those — 89% — are about refunds, Department of Transportation data shows.

See: How to Plan Future Travel Without Risking Your Deposits
Find: Why It’s Smart to Book Your Late 2021 Travel Now

The airline industry sits on more than $10 billion in unused travel credits, according to the senators’ letter. While many Americans feel antsy after more than a year cooped up, there are numerous reasons why some might want to delay their travel. Reasons include the fact that some might not feel safe traveling yet. Indeed, the Centers for Disease Control and Prevention recommends not to travel until fully vaccinated.

In addition, while the economy is re-opening, recent economic data suggests that many Americans are still struggling. Last week’s disappointing jobs report, which shows only 266,000 jobs added in April, fell short of the 1 million economists had expected.

See: Here’s the No. 1 Thing Americans Do With Their Tax Refund
Find: Americans Are Ready to Travel Again — Here’s How Much They Plan to Spend on Vacations This Year

Finally, the senators say that because current policies governing flight credit expiration are complex and can differ considerably from company to company, it creates significant confusion for consumers.

“Because travelers are struggling to navigate these differing policies, they are now at risk of losing the billions of dollars they were effectively forced to loan to the airline industry interest-free,” they say in the letter.