Fully Vaccinated Americans Will Be Able to Travel to Europe this Summer – How Much Will It Cost? 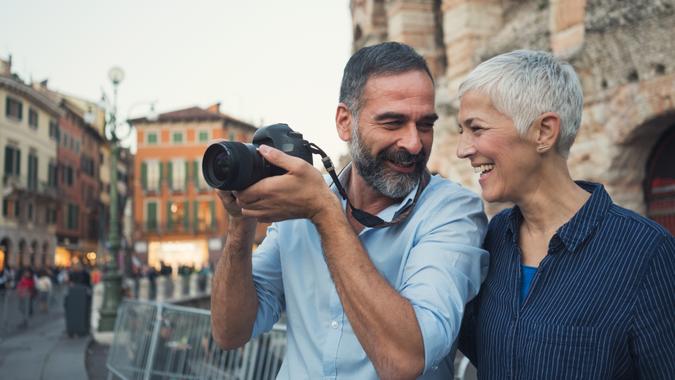 Americans who have been fully vaccinated will be able to travel to Europe this summer, Ursula von der Leyen, president of the European Commission, told The New York Times on Sunday. And prices, for now, are surprisingly affordable.

See: Countries Where Americans Might Be Able to Travel Sooner Than Later — And How Much It Could Cost
Find: How Eco-Friendly Travel Can Save You Money in 2021

The EU had halted all non-essential travel to its member countries for about a year.

“The Americans, as far as I can see, use European Medicines Agency-approved vaccines,” von der Leyen told the NYT. “This will enable free movement and the travel to the European Union. Because one thing is clear: All 27 member states will accept, unconditionally, all those who are vaccinated with vaccines that are approved by E.M.A.,” she added.

The Times also reports that there have been ongoing discussions between European Union and United States officials on “how to practically and technologically make vaccine certificates from each place broadly readable so that citizens can use them to travel without restrictions.”

“Think about that. That’s incredible,” Slavitt said. “Just a few months ago, we were the nation in the world that was one of the most cut off from travel. That just shows what an incredible few months we’ve had vaccinating Americans.”

Now might be a good time to book a flight to Europe, as prices are relatively low. Expedia shows that round-trip flights from New York City to Paris and Milan in July, start at $500, for example, while flights to Athens start at $700.