Google Searches for ‘Inflation’ Surge – Is It Time to Start Worrying About Higher Prices? 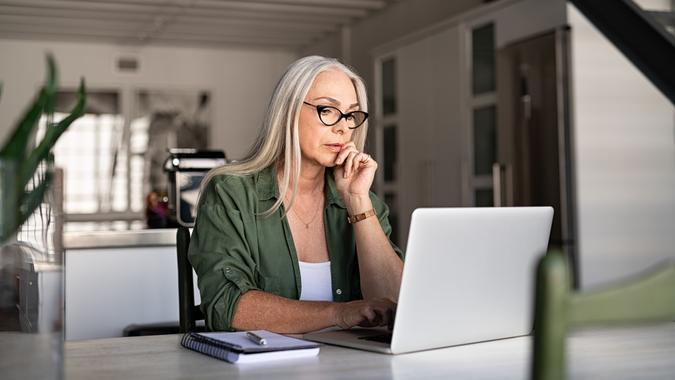 If Google searches serve as a portent of things to come, then it might be time to start worrying about inflation. As reported by Barron’s on Wednesday, people are Googling “inflation” more than any time since at least 2008, according to search data compiled by Deutsche Bank strategist Jim Reid.

See: Economy Explained — What Is Inflation and What Does It Mean When It Goes Up or Down?
Find: Experts — What the Economy Will Be Like Post-Recovery

Inflation concerns have been on the rise ever since the federal government started pouring stimulus money into the U.S. economy in response to the COVID-19 pandemic. Barron’s noted that the last time “inflation” searches peaked, in 2010-11, it was during the aftermath of the global financial crisis, when fiscal stimulus equaled 10% of gross domestic product. The fiscal stimulus response to COVID-19 has been about 27% of GDP, Barron’s reported.

“There is little doubt that concerns and interest around inflation are growing exponentially,” Reid said. Although the 2010-11 spike didn’t correlate with significant inflation, policy responses to COVID-19 are on a much larger scale than were policy responses to the GFC, according to other media reports.

See: Economy Explained — What Is the GDP, and What Does It Have to Do With You?
Find: The 12 Most Controversial Price Hikes of the Last Year

One trend that could portend inflation is the yield on the 10-year Treasury, which is a key benchmark in terms of borrowing costs and the potential for higher prices. The yield rose above 1.7% early Thursday, according to the Financial Times. That represents a substantial gain since the beginning of February, when the yield hovered around 1.07%.

None of which is to say that prices will start soaring higher.

A rise in the 10-year Treasury does not necessarily reflect an actual rise in inflation, Academy Securities’ Peter Tchir told CNBC last month. But it does suggest “that investors anticipate there will be a rise in inflation.”