All Eyes On Inflation As Jobs Report Disappoints 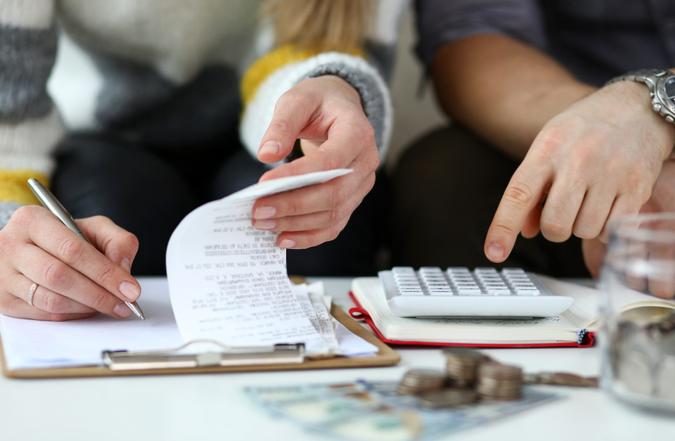 After the number of added jobs in April released was far less than expected, inflation will be of the utmost concern this week, CNBC reports.

See: How to Prepare Yourself for Higher Interest Rates Post-COVID
Find: Why Does the Consumer Price Index Matter?

While about 1 million jobs were expected to be announced as added in the most recent jobs report, just a little over a quarter was reported with 266,000 jobs added. This creates increasing concern for inflationary pressures that the Federal Reserve has been stating for months will be alleviated once the economy is in full swing.

The dismal jobs numbers suggests the economy has room to grow, but prices continue to rise.

Volatile tech stocks will also continue to be closely watched, CNBC added, after a sudden increase on Friday cut the sector’s losses in half.

Opinions are mixed as to where inflation will go. CNBC claims that “for now, the market is viewing the April jobs data as a distorted one-off report.”

Discover: Understanding Interest Rates — How They Affect You and the US Market

The Fed has also maintained its position that current inflation is transitory and not expected to last. Federal Reserve chair Jerome Powel has said several times over the past few months that he believes current inflation levels are a reflection of an economy still stifled by the coronavirus pandemic.

Others seem to think otherwise. JP Morgan strategist Makro Kolanovic recently recommended to his clients that they increase “their tilt toward cyclical and value assets. He advised investors to cut holdings in cash and credit, using the money to buy commodities and stocks,” Fortune reports.

Kloanovic also warned that money managers need to quickly switch gears from their deflationary strategies or risk and “inflation shock.” He is on the side of the market that believes inflation is a real threat.

“We expect a strong pickup in inflation this year, which the market will likely be slow to recognize and is poorly positioned for” Fortune added. Kolanovic references those in line with Powell who believe pressures on prices to be temporary.

“A combination of boomy global growth and significant bottleneck price pressures should keep inflation on an upward trajectory while most central banks remain committed to their very accommodative stances and are looking through the inflation pickups,” he added.

Kolanovic references the Fed keeping interest rates accommodatively low as to allow growth during the crisis. This has also inadvertently led to an increase in prices without the helping “bottleneck price pressures” of supply chains that are the catalyst for upward price trajectories.

So what can you do?

Cash is paramount when speaking about inflation, but even more so during a pandemic.

See: Interest Rates May Need to Go Up – Yellen’s Comments And How They Affect You
Find: 10 Things That Are Cheaper Today Than They Were 10 Years Ago

Kolanovic is speaking to money managers and investors with his advice, which follows the traditional guidance given during inflationary periods. Holding money in cash means your money loses value during inflation. Money managers will often suggest investing it instead so that you gain at least some rate of return instead of losing.

If you have that much extra cash to spare, this strategy could work — but not everyone is an investor under a JP Morgan strategist.

The average person should by no means consider any kind of investment outside of their retirement accounts unless they have a significantly beefed up emergency fund. The pandemic has changed the rules as far as cash reserves and most Americans are only the next pandemic away from financial ruin.

Additionally, pay off your debt. It is more important during inflation as rates rise.

Should you already have 9-12 months living expenses saved and are debt free, then consider moving excess money where it can work for you instead of losing value in cash.

Commodities and ESG companies are touted to do well this year and could help the right investor maintain their portfolio until rates come back off.