Grocery Prices Rising Faster Than Restaurant Bills Thanks to Inflation: How Restaurants Could Capitalize 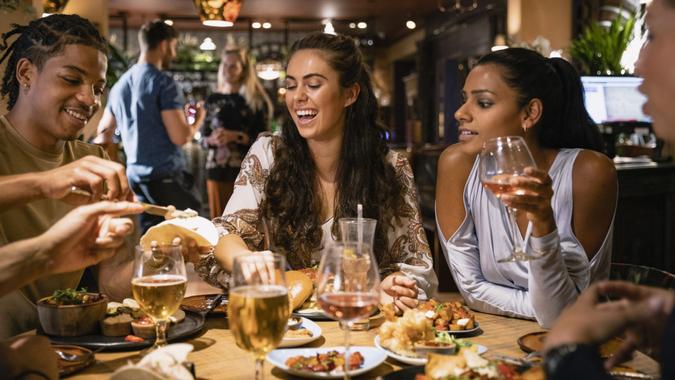 Making your meals at home may soon be more expensive than a night of dining out. However, this could help many restaurants that are still struggling to recover from the pandemic as the nation moves into 2022.

In 2020, 51.9% of consumer spending on food was targeted toward the grocery store or meal kit services, CNBC reported. This is the first time since 2008 that consumers chose to spend less than half of their food budget at restaurants.

The surge in COVID-19 cases may now be creating another challenge as the restaurant industry struggles to fully recover. Black Box Intelligence data reveals that restaurant sales growth in the week ended Jan. 2 was down compared with the first half of December, CNBC noted, suggesting that some consumers may be avoiding dining out.

But now, the gap between inflation concerning food at home versus food away from home could make eating at restaurants more appealing to consumers, Bank of America Securities analyst Sara Senatore wrote in a Jan. 11 note, per CNBC.

Food prices have been some of the largest contributors to inflation over the last year. Food at home costs rose 6.5% over the last 12 months, according to data from the Bureau of Labor Statistics, with the biggest contributor to the increase being the index for meats, poultry, fish and eggs.

Learn: Inflation and Your Taxes — How Do Higher Prices Impact Your Tax Bracket?
Explore: 5 Times Inflation Is Actually Good for Your Finances

Five of the six major grocery store food group indexes increased in December of 2021, GOBankingRates reported, with fruits and vegetables rising the most that month.

While restaurants are fighting against rising food prices, they can use different tactics — typically sales incentives or marketing promotions — to reduce sticker shock while maintaining profit margins. However, CNBC noted that most restaurants still haven’t been able to avoid raising menu prices.