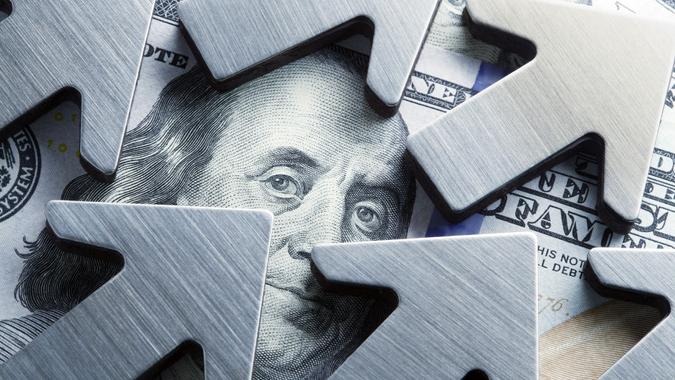 Total nonfarm payroll employment remained strong in August, increasing by 315,000, while the unemployment rate rose to 3.7%, the Bureau of Labor Statistics (BLS) reported on Sept. 2.

See: Will Student Loan Forgiveness Include Parent Plus Loans?
Find: 10 Items You Should Always Buy at Dollar Tree

Investors and economists are now pondering how this new data will affect the Federal Reserve’s decision at its upcoming Sept. 20-21 meeting, and whether it will ease its pace of hiking interest rates. In turn, all eyes are on upcoming Consumer Price Index (CPI) data, which will be released Sept. 13, and which will provide a clearer picture of Americans’ financial situation.

“I think it improves the case for a 50bps [basis points] hike vs. a 75bps hike at the September meeting,” Tim Holland, CIO Orion Advisor Solutions, told GOBankingRates. “That said, we get August’s CPI and PPI the week of the 12th and the Fed meets the 20th and 21st — those two data points, I think, matter most this month.”

Some analysts have less decisive views, such as Matthew Kopko, VP public policy at DailyPay, who said: “This most recent jobs report doesn’t help us solve the mystery of where the economy is going. People generally expect the Fed to raise rates again, unless the economy turns aggressively sour. Uncertainty is pretty high at this point and companies and consumers are acting cautiously as a result.”

According to some experts, today’s report helped the dovish position on interest rate hikes because unemployment rose, and wages were soft. David Russell — VP, market intelligence at TradeStation Group — believes that 100 basis points isn’t really in the cards for September’s meeting, and now 50 basis points looks a bit more likely.

“Still, the linchpin for the Fed’s September meeting will likely be the consumer price index on the 13th,” Russell told GOBankingRates. “This could be good news for Americans’ wallets because interest rates might stop screaming higher. It will take time to work through the system, especially with the Fed running off its balance sheet. We might not see borrowing costs fall in the near term, but their relentless and painful climb could be near an end.”

Ted Rossman, senior industry analyst at CreditCards.com, told GOBankingRates that the Fed is going to continue raising rates — and that even after learning that a robust 315,000 jobs were added in August, the CME FedWatch tool indicates investors are pricing in a 58% likelihood of a 75-basis point hike later this month, down from 75% yesterday.

“While all of this is interesting, I think the consumer advice remains the same. Interest rates have already risen sharply this year, and further increases are very likely,” Rossman said.

“This is really expensive debt, so get that 0% balance transfer card or a low-rate personal loan as a form of debt consolidation,” he recommended. “Or seek nonprofit credit counseling, take on a side hustle or cut your expenses. Every dollar of credit card debt that you pay off represents a guaranteed, risk-free, tax-free return of whatever your interest rate is — often 15%, 20% or more,” he said.

In terms of mortgages, Rossman noted that the average 30-year fixed mortgage rate is 5.78%, up from 3.27% at the start of the year, which is significantly affecting home affordability and dampening demand.

Discover: Top 10 Richest People in the World
Zelle Facebook Marketplace Scam: How To Recognize and Avoid This Scam

“While credit card rates are almost certainly going to continue to rise, the path forward for mortgage rates is less certain,” he said, adding that unlike credit cards, these don’t directly track the Fed’s actions.” Of course, while rates are an important part of the home-buying decision, other factors are very important as well, including your overall financial situation, your job stability, how long you plan to stay in the home.”