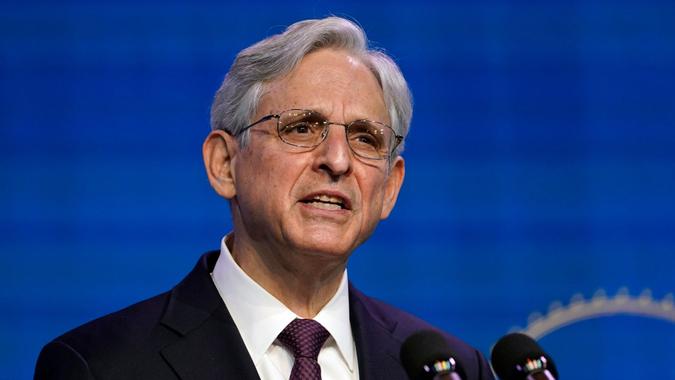 The Senate voted on Wednesday to confirm Judge Merrick Garland as the new U.S. attorney general. His confirmation comes at a crucial time for the Justice Department, with Garland committed to a comprehensive investigation into the Jan. 6 attack on the Capitol.

See: What Is Merrick Garland’s Net Worth?
Find: How D.C. Turned Biden’s Team into Millionaires

The New York Times reports that Garland was confirmed by a 70-30 vote that saw all 50 Democrats and 20 Republicans in support of his appointment.

The former chief judge has received bipartisan support since the beginning of his confirmation hearings, particularly on the topic of the insurrection at the Capitol. He told the Senate Judiciary Committee he planned to “pursue these leads wherever they take us,” according to a CNBC report.

“I will supervise the prosecution of white supremacists and others who stormed the Capitol on Jan. 6 — a heinous attack that sought to disrupt a cornerstone of our democracy: the peaceful transfer of power to a newly elected government,” said Garland.

See: Biden’s First Month vs. Trump’s — Here Are the Major Numbers to Know
Find: How Rich Are Biden’s Cabinet Picks and Confirmed Members?

Senate Majority Leader Chuck Schumer (D-N.Y.) said, “America can breathe a sigh of relief that we are finally going to have someone like Merrick Garland leading the Justice Department,” according to CNN.

Garland is expected to prioritize investigating the Capitol riot and domestic extremism. He plans to go where the investigation leads him, even to the highest levels. Garland will also have to make decisions regarding the oversight of the federal investigation into Hunter Biden, President Biden’s son, and the ongoing FBI investigation into the Russia probe, CNN reports.

See: All the Ways the Biden Family Has Made Money Over the Past 20 Years
Find: Dr. Fauci Tops the List of Highest-Paid Federal Employees – Who Else Out-Earns Biden?

Over his career, the attorney general has garnished a reputation as a level-minded centrist, according to The New York Times. He previously led the Justice Department in the 1995 Oklahoma City federal building bombing investigation. He has also spearheaded other high-profile investigations, including the bombing of the 1996 Atlanta Olympics and the Unabomber (Theodore J. Kaczynski) case.

The former judge’s family fled from persecution and anti-Semitism in the early 1900s, CNN reports. During his confirmation hearings, Garland said, “The country took us in — and protected us. I feel an obligation to the country to pay back. This is the highest, best use of my own set of skills to pay back.”

Other Senate confirmations Wednesday included Michael Regan as Environmental Protection Agency administrator and Marcia Fudge as secretary of the Department of Housing and Urban Development, according to The New York Times. Regan is the first Black man to head the EPA, and Fudge is the first Black woman in decades to lead HUD.