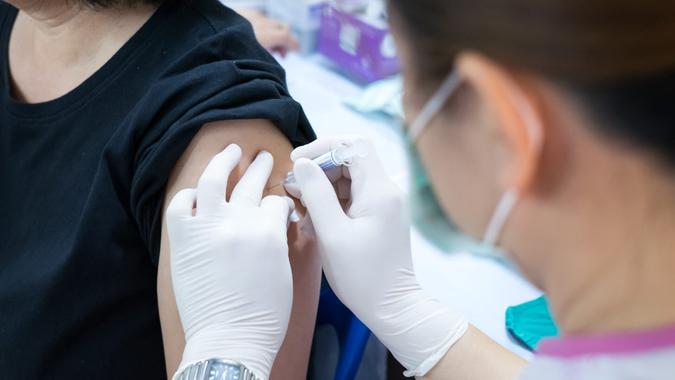 Mississippi and Connecticut became the latest states to announce accelerated COVID-19 vaccination rollouts, following President Biden’s call for the nation to make vaccines available to all adults by May 1.

See: Who Is Getting Vaccines? Survey Notes Income Disparity in Vaccine Recipients
Find: The US Could Save $339 Billion in 3 Weeks with This COVID Safety Strategy

The New York Times reported on March 16 that Mississippi will make vaccines available to all residents 16 and older who either live or work in the state. The Mississippi program takes effect immediately.

In a tweet, Mississippi Gov. Tate Reeves urged residents to get their shots and “let’s get back to normal!”

A New York Times tracker found that Mississippi is outperforming most neighboring states in its vaccination program. As of Sunday, around 20% of Mississippi residents had gotten at least one shot, while 11% were fully vaccinated.

Connecticut is also ramping up efforts to get vaccines to adult residents, according to a Monday article on the Financial Times that cited statements from Gov. Ned Lamont. “We are accelerating Connecticut’s age-based rollout to proceed on a quicker schedule than originally planned,” Lamont said. He noted that the state will get “an increased supply” of Covid-19 vaccines in coming weeks.

Connecticut residents between 45 and 54 years old can now schedule appointments for their first vaccine on March 19, Lamont said. April 5 has been established as the “tentative” date when eligibility will be offered to all residents 16 or older.

Meanwhile, Kansas Gov. Laura Kelly said her state is also accelerating its vaccination schedule so that residents 16 and older can become eligible for their first shots by May 1, the Financial Times reported.

The pace of vaccinations nationwide has quickened amid higher production of vaccines. The New York Times database found that the average dose per day in the United States is now about 2.4 million, up from less than 1 million when Biden took office.