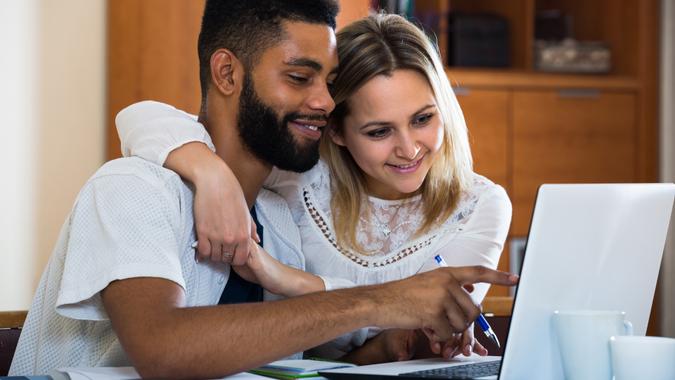 In spite of the financial and emotional challenges of the past year, Americans see a bright economic outlook on the horizon, according to the new Chase Financial Health Consumer Study, conducted in partnership with Morning Consult. Of the 5,000 U.S. consumers polled, 65% said they believe they are currently in “good financial health.”

See: Weigh In — Are You Optimistic About the Economy Now?
Find: It’s Not Too Late to Get Started on Those 2021 Financial Goals

Notably, 54% of Black consumers and 49% of Latinx consumers said they are “more optimistic about their finances this year,” which is slightly higher than the general population, at 48%. Many Black and Latinx respondents have taken steps to improve their credit, change their spending habits, save more or earn a second income, the survey found.

The news wasn’t all good, Chase acknowledged in a press release, noting that many people lost income or faced fluctuations in their finances last year. More than a third (37%) of respondents said their financial situation has worsened in the past year, and 16% have lost their job, been furloughed or experienced another loss of income in the past 12 months.

“These findings underscore the challenges from loss of jobs and income, and the impact the pandemic has had on consumer finances, but also puts into focus how Americans are thinking about money in the future,” said Lawrence Bailey, head of Community & Business Development at Chase. “Small steps matter. From saving a little more each month to monitoring your credit score — these steps help consumers prepare for the unexpected, while also setting them up for success in the long run.”

See: How to Determine Which Debts Are the Most Important To Pay Off in 2021
Find: How to Become an Instacart Shopper and Start Earning

Starting a business or a side hustle has been one solution for Americans experiencing a loss of income. The survey found that 11% of people overall started a new business or side hustle in the past 12 months. Black and Latinx respondents were most likely to have done so, at 21% and 19%, respectively.

The added income may help people achieve their financial goals for 2021, which include developing or maintaining a budget (32%), getting finances in order to so they can purchase a home (14%) or starting a business (9%).