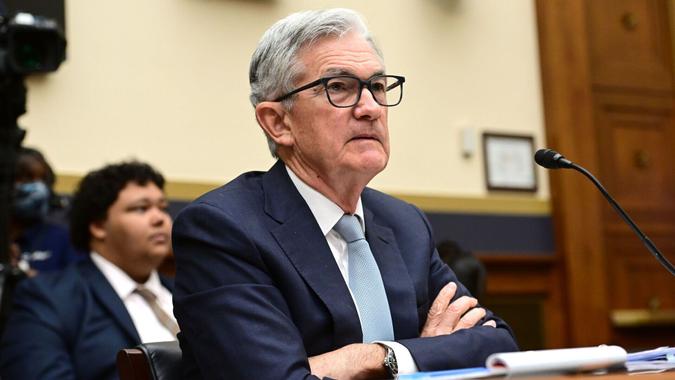 Federal Reserve Chair Jerome Powell reiterated his commitment to do whatever it takes to bring inflation down on June 29.

Speaking at the European Central Bank (ECB) Forum on Central Banking 2022 along with several of his counterparts, Powell said that “there’s a clock running here, where we have inflation running now for more than a year,” he said. “It would be bad risk management to just assume those longer-term inflation expectations would remain anchored indefinitely in the face of persistent high inflation. So we’re not doing that,” according to CNBC.

His remarks come on the heels of the Fed raising its interest rates by three-quarters of a percentage point rate, the first time it has done so since 1994, earlier this month. The move was widely anticipated and comes amid a market that has entered bear territory and inflation at a 41-year high.

And a week later, on June 22, Powell said that the Fed was strongly committed to bringing inflation down and anticipated that “ongoing rate increases will be appropriate.”

Testifying before the Senate Banking Committee, Powell said “at the Fed, we understand the hardship high inflation is causing. We are strongly committed to bringing inflation back down, and we are moving expeditiously to do so. We have both the tools we need and the resolve it will take to restore price stability on behalf of American families and businesses. It is essential that we bring inflation down if we are to have a sustained period of strong labor market conditions that benefit all,” according to prepared remarks.

Soaring inflation is felt across the globe and ECB President Christine Lagarde, speaking at the forum, echoed Powell’s sentiment.

POLL: Are You Concerned That Social Security Benefits Will Be Reduced During Your Lifetime?
Discover: 6 Ways To Make Your Social Security Check Stretch Further During Inflation

“Global supply chain disruptions coupled with surging global demand have pushed up prices sharply for industrial goods along the pricing chain,” she said, according to a transcript of her remarks. “Mismatches between supply and demand in global energy markets have led to rising energy prices for the euro area. And the Russia-Ukraine war has amplified both of these factors while also driving up global food prices.”