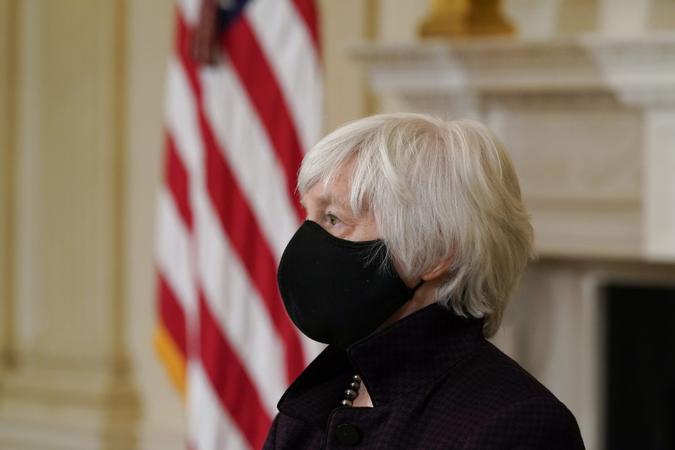 Stocks were up this morning, following Treasury Secretary Janet Yellen’s remarks yesterday on CNBC on the need to push for the $1.9 trillion American Rescue Plan.

See: As Texas Disaster Drags On, Congress Is Divided Over Biden’s Infrastructure Plan
Find: How the Democratic Senate Could Impact Your Wallet

Yellen told CNBC in an interview yesterday that a “big package” of stimulus is necessary to help the economy stage a full recovery.

In defending the stimulus package, Yellen told CNBC that it could help the U.S. get back to full employment in a year, echoing President Biden’s statement earlier this week.

“We think it’s very important to have a big package [that] addresses the pain this has caused — 15 million Americans behind on their rent, 24 million adults and 12 million children who don’t have enough to eat, small businesses failing,” Yellen told CNBC.

Earlier this week at a CNN town hall, President Biden addressed the state of the economy and the American Rescue Plan that could “create seven million jobs this year,” according to his remarks.

See: These Are the Most Unstable Industries in the US Right Now
Find: Economy, Labor Market to Improve ‘Rapidly’ in 2021, According to Congressional Budget Office

“We can come back — we can come roaring back.  It’s estimated that if we — by most economists, including Wall Street firms, as well as — as — as, you know, think tanks — political think tanks — left, right, and center — it is estimated that if we pass this bill alone, we’ll create seven million jobs this year.  Seven million jobs this year,” Biden said on CNN.

Asked about the $1400 stimulus checks included in the relief package, Yellen told CNBC, “You know, there’s so much pain in this economy. I think these checks really will provide relief and they’ll help jump-start our economy, giving people money to spend when we can get out again and go back to our former lives. So you know, there’re a lot of families that are operating on the margin. And I think these checks will really help them.”