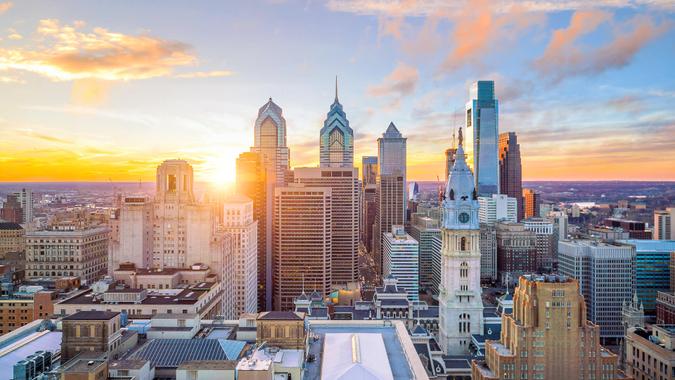 “It’s a city I love to visit but I’d never want to live there,” is a common colloquialism uttered about New York City, but now this sentiment is looking to apply to just about every major city, with its crowded centers and steep rents.

See: If You Get a Stimulus Check, How Will You Use It? Take Our Poll
Find: Tech Workers Are Fleeing the Bay Area — Here’s Where They’re Moving

According to a new report from Niche, the best places to reside in 2021 don’t exactly scream glamor and excitement. Considering cost of living, diversity, housing, public schools and higher education rate, among other factors, Niche found that the five best places to live are: Cotton Creek South in Ridgewood, Texas, in fifth place; Penn Wynne in Philadelphia coming in at fourth; Ocean Park in Santa Monica, California, scooping up third place and City Center, also in Santa Monica, claiming second. The No. 1 best place to live, according to Niche’s calculations, is Chesterbrook in Philadelphia.

At a national level, these locations are relatively obscure, but the findings that these are the best places to live are hardly shocking to Adam Kurstin, senior data analyst at Niche.

“I would say the bulk of the (2021 places to live) rankings product is not surprising, nor should it be,” said Kurstin. “Residents and users already have a pretty solid understanding of what are desirable places to live, and that is reflected strongly in the raw data as well as rankings.”

See: From Alabama to Wyoming: The Cost of Living Across America
Find: Most Affordable Cities in the US

Affordability was a major component in Niche’s assessment, on a few different levels.

“While there are many factors we think are important, we know affordability is a major one. In our overall Best Places to Live ranking, cost of living makes up 12.5%, and the related housing grade is 10%,” said Kurstin. “I would also add that cost-of-living factors almost act as a counter-balance to most of the other factors. If a place or city does very well across the board, it is likely expensive to live there. So those factors keep the wealthiest areas from completely dominating the top of the rankings, and allow for other good and affordable places to land a spot near the top.”

Jobs was another component of Niche’s total scoring configuration, accounting for 5%. Vicki Salemi, career expert at Monster.com, highlights that this category, along with prospective hiring opportunities in these locales, adds to their financial savings allure.

“When looking at the lists of both the best places to live and best cities in America, job opportunities become top of mind. These locations have many things going for them from a hiring perspective,” said Salemi. “Healthcare and social assistance, retail trade, finance and insurance, professional, scientific and technical services and manufacturing are all the top industries hiring in the Philadelphia metro region in the past six months. For Philadelphia in particular, healthcare opportunities at Penn Medicine, Bayada Home Health Care and Cooper University Hospital all have jobs on Monster.”

“Amazon is strong here (in Santa Monica) from an employment perspective, as is the University of California,” said Salemi.

See: It Turns Out Money Can Buy Happiness, Study Finds
Find: Home Won’t Be Affordable Within These Cities in 10 Years

Strong education ratings are also key in the big picture of employment. The bigger and better the universities are near these locations, the more ample the job opportunities across numerous sectors.

“Keep in mind that many jobs at a university aren’t necessarily in education jobs — they can be in marketing, development, facilities and food services,” said Salemi. “Being close to a university or college offers great job opportunities.”

Though this data was compiled before the impact of COVID-19 was fully realized (for instance, the most recent American Community Survey data factored into Niche’s rankings was released December 2020, Kurstin explained), these destinations could be even more appealing, as working from home has become part of the “new normal” for many employees.

“I think any residents who are considering a move might want to investigate our rankings,” said Kurstin. “With permanent work from home becoming a reality for many, their office location is no longer relevant in their home search. Many may begin to consider their search more open-ended than ever before.”