Weekly Jobless Claims Continue Downward Trend at 547,000, Lowest in Over a Year 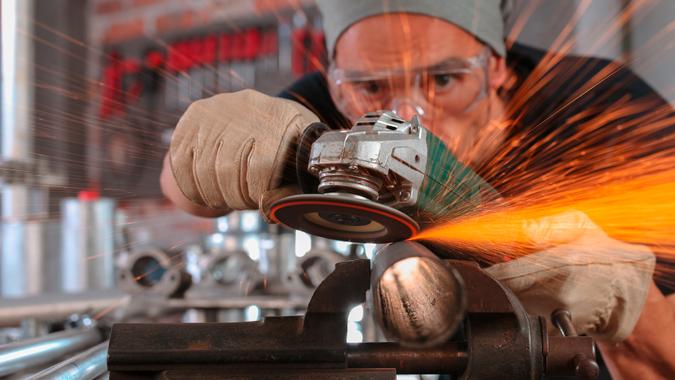 The weekly number of unemployment claims continued its encouraging decrease last week, reflecting the reopening of the economy and exceeding analysts’ expectations.

See: Do You Think the Minimum Wage Should Be $15? Take Our Poll
Find: US Companies Added Most Jobs Since September Last Month

To put these figures in context, pre-pandemic, first-time unemployment benefit filers had typically numbered only about 225,000 weekly. For example, for the week ending Feb. 29, 2020, the figure stood at 217,000 claims, according to Labor Department data. However, for the week ending April 18, 2020, claims stood at an eye-popping 4,202,000.

“We’re still pretty deep into the hole created by the pandemic,” said Daniel Zhao, senior economist at jobs website Glassdoor, according to The Wall Street Journal. “But at the same time, there is more optimism now than at any other point in the pandemic.”

The reopening of the economy, boosted by the vaccine acceleration, an easing of restrictions and the stimulus checks, is also reflected in other recent economic factors. Last week, the Commerce Department reported that retail sales surged a whopping 9.8% in March.

“It’s no surprise that retail sales numbers are strong this month. With the vaccine rollout continuing and the economy in a better place, consumers are more willing to spend on goods — both in stores and through ecommerce channels, which continues to grow,” Margo Kahnrose, chief marketing officer of marketing intelligence company Kenshoo, told GOBankingRates last week.