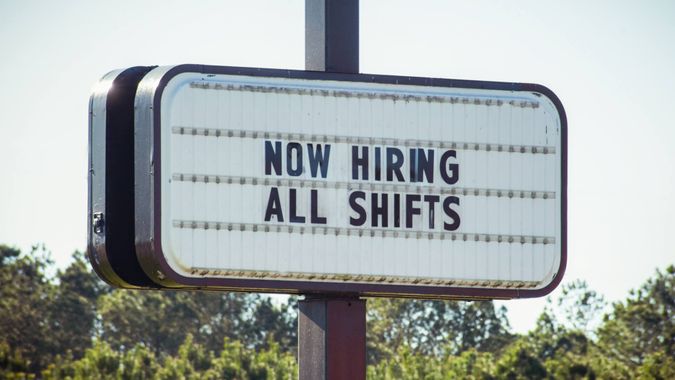 In March, 42% of small businesses had positions they were unable to fill, a national record that exceeds the national average of 22% since 1974, Bloomberg reported, citing data from the National Federation of Independent Business. In contrast, the number of small businesses with positions they couldn’t fill reached 39% for March 2019 (pre-pandemic), according to the NFIB statistics.

In addition, 91% of small business owners told the NFIB that they had “few or no qualified applicants for job openings in the past three months,” Bloomberg writes.

That’s the third highest that statistic has been since the NFIB introduced the survey question in 1993. However, the March unemployment rate still hovered at 6%, which is nearly double the pre-pandemic rates of February 2020. The jobless rate points to “slack” in the labor market, Bloomberg says. However, connecting those looking for work with small businesses looking to hire seems to be an issue that small business owners will continue to face as business ramps up.

Melissa Anderson, owner of Silver Chest Creations jewelry company in Burkesville, Kentucky, told Bloomberg Businessweek that employees she laid off last March are “not looking for work.” She also said that some of her former employees told her they are “better off unemployed.”

See: 10 Questions You Should Ask Before Accepting a Job Offer
Find: 5,000 Hires in a Single Day — Taco Bell Continuing Its Annual Job Fair

For some employees, childcare remains a stumbling block to returning to the workforce. Others have fears of contracting COVID-19, especially if returning to work would mean facing the general public on a daily basis.

Additionally, small business owners may have trouble matching the wages and benefits of companies like Amazon, which grew its workforce by 63% last year, according to Bloomberg, or Taco Bell, which recently set a hiring goal of 5,000 new employees during its annual job fair scheduled for April 21.

Smart small businesses are taking action to attract employees through offers of on-the-job training and hiring bonuses, Bloomberg reports. But that may not be what people returning to the workforce after a year-long hiatus really want. A study by staffing firm Robert Half revealed that employees are demanding flexible hours, the option to work remotely, commuting costs paid for by the employer and on-site childcare.