How To Cope With Regret After a Major Purchase 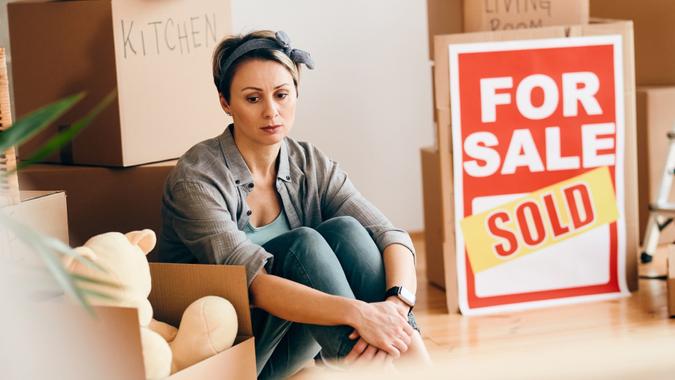 It’s a feeling that’s familiar to just about everybody. You spend a lot of money on a major purpose, are overwhelmed with guilt immediately afterwards and spend so much time beating yourself up that you’ve squeezed any joy you might have experienced from the purchase itself.

The phenomenon is known as buyer’s remorse, and it’s a very common after-effect when spending a big pile of money somewhere — regardless if the purchase was something you needed and a worthwhile investment for the future.

Read on to help better your understanding of buyer’s remorse, and how to help prepare for it, and ultimately overcome it after a major purchase.

Simply stated: buyer’s remorse is the psychological condition of feeling guilty after a major purchase or big life decision. While it’s usually accompanied by two of life’s biggest purchases, a house or a car, it isn’t always triggered by spending money — which is a key to understanding how it works.

One theory has to do with cognitive dissonance. Major purchases (or life decisions) tend to go against some version of how we see ourselves. For example purchases like fast food or coffee are minor, so it’s easy to consider yourself fiscally responsible even though you indulge yourself now and again. However, when it’s a major purchase, it becomes more difficult to mentally write it off. That means you become upset with yourself, hence the cognitive dissonance.

Dr. Art Markman, a professor at the University of Texas, has proposed another theory. He told Peerfinance101 that he believes this remorse has to do with two separate systems that guide us. The first is the avoidance system, which is an instinct telling us to avoid things like debt. The other is the approach system, which is more impulse-based and prompts you to make these life-changing decisions (and most of those minor, impulsive decisions, too).

Discover: The Cost To Own a 3-Bedroom Home in Every State

Now that you’ve got a grasp on the basic psychology (or at least the leading theories), you can contextualize these emotions as instinct and prevent yourself from being overcome by them.

For example, buyer’s remorse can strike regardless if the purchase you made was a good one. And, realistically, buying a home is a worthwhile investment that leaves very little chance for losing money in the long run. Cars might not have quite the return on investment, but like a house, they’re also a necessary purchase. So long as you’re spending within your means, there’s no practical reason to be upset about it after the fact.

Look: Common Real Estate Myths That You Need To Know

While it might never really go away, the best way to not let buyer’s remorse get the best of you is to simply create a budget and stick to it. So long as you’re planning for your future, and being practical about your present.

Of course, there are some things you can do to help mitigate these feelings: Namely, take at least a day to think about these potential big-ticket items, then evaluate how you feel once some time has passed. Use that time to do some comparison shopping, and ask around to find out if this is a good deal, or if there’s a better one out there you’re not aware of.

If you do end up going through with it, try and use cash instead of credit, so long as it won’t wipe out all of your savings. You’ll want to avoid as much debt as possible, as the interest can make these pricey items even more costly in the long run. If you haven’t already, outline a budget for the purchase, and double-check to make sure you’re not overextending yourself with this purchase.

Assuming it all checks out, and it’s a purchase you both need to better your life and are able to afford, then chances are better you’ll reduce or avoid buyer’s remorse altogether.