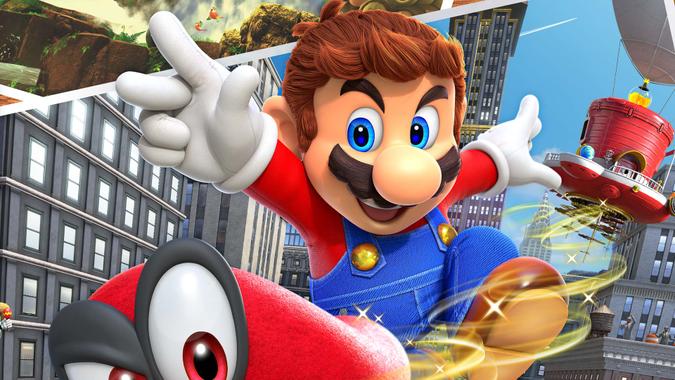 With holiday bills coming due and no stimulus checks on the way, people across the country are looking for a little extra cash to shore up thin budgets. In some cases, they might not have to look any farther than their basements, attics and storage sheds.

They, their parents, grandparents or previous homeowners might have tossed old stuff in a box years ago that could make them rich today — or at least give them a nice little chunk of change they hadn’t banked on.

If you spot any of the following items when you’re sorting through old clutter, do some research and maybe even spring for an appraisal before you give them away for next to nothing at a yard sale.

In 1994, right before he became the richest person in the world, Bill Gates plunked down $30.8 million on “Codex Leicester,” a 72-page manuscript that Leonardo Da Vinci penned between 1506 and 1510, according to CNBC.

Chances are you won’t find any original scrawlings from history’s greatest thinker stashed away in your attic, but old books definitely can be worth money.

According to AbeBooks, which is a great source for estimating the value of any old books you find — Biblio.com is excellent, too — condition is usually the biggest factor. First editions — particularly those signed by the authors — are more valuable than later editions. And, as with most collectibles, scarcity increases value.

According to Flea Market Insiders, furniture is considered antique once it reaches 100 years old. While valuable original pieces of furniture are very rare, early 20th century replicas of older pieces are now themselves considered antiques, which could increase their sale price.

Contemporary furniture loses two-thirds of its value the moment you purchase it, but antiques can double in value every five years — that’s a 20% annual gain.

Did you stumble upon an end table or ottoman in storage with more than a century of history under its belt? Visit a site like ValueMyStuff to upload a pic for a quick and accurate appraisal.

More Tips: 10 Things in Your House To Sell Instead of Donate

The summer of 2021 witnessed a flurry of activity in a niche corner of the auction world, one that trades in both nostalgia and historical significance — the buying and selling of old video games.

Like furniture and books, “old” is often mistaken for “vintage” in the world of video games. Most old cartridges and consoles aren’t worth millions, thousands or even anything more than a few bucks at a yard sale, according to The Gamer. But collectors will pay good money for the right game.

Games in excellent condition — particularly those in the original packaging — always do the best. But also look for games with glitches or easter eggs, or seek games that were notoriously terrible to play or that are otherwise special or rare.

While the hobby has fallen off since its heyday in the 1950s and ’60s, stamp collecting is still a worldwide obsession — and if you stumble across some old stamps, they could be worth a pretty penny.

The good ones are incredibly rare — 98% of stamps are worth as much as or less than the shipping and handling fees they were designed to cover, according to StampWorld. But that other 2% is what keeps collectors coming back.

As with so many found treasures, condition is everything, according to the auction house Warwick & Warwick. Of particular importance are bright, original colors. Stamps issued before 1960 are the rarest and have the most historical value. Of particular interest are stamps issued before 1900 from countries with infrequent postal deliveries. Stamps with errors or perfect perforations tend to fetch the highest price at auction.