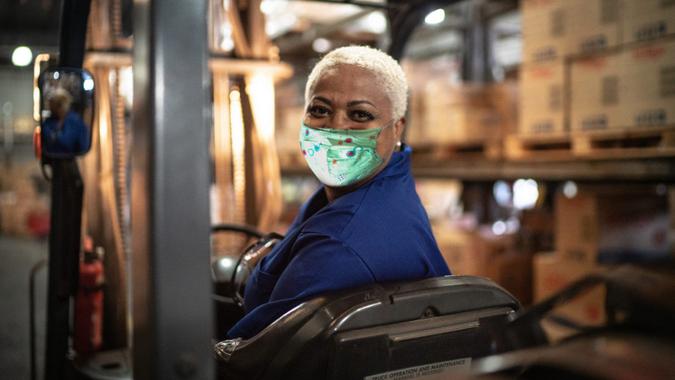 The COVID-19 pandemic upended the U.S. economy and workforce on a grand scale. A U.N. report released in January stated that the number of job losses during the pandemic stands four times greater than the number of losses during the Great Recession. And many of those job losses have affected older workers. Older workers were forced to face some life-changing decisions as a result of the pandemic, including whether to keep working, the effects of retiring early and how to find employment after losing their job as a result of the pandemic’s impact on the economy.

Read: Planning for 2021: How To Prepare Financially for Two Different Halves of the Year

How the Risk of Illness Affected the Decision To Keep Working

Some older workers have jobs that are considered essential, such as plumbers, electricians, hardware store workers, mechanics, child care workers, grocery store workers and certain jobs at nonprofits and social service organizations. Unfortunately, these are the types of jobs that aren’t able to be done from home. So these older workers had to decide if staying in the workforce was worth the risk to their health and the people they live with.

See: Planning To Retire in 2021? Here’s What You Need To Know

Some older workers decided the risk of getting COVID-19 was not worth continuing to work and opted to retire. Unfortunately, that doesn’t mean every older worker was financially ready to retire.

Although the average monthly benefit from the Social Security Administration for retired workers is $1,514, you aren’t eligible for Social Security until you are at least 62. And if you choose to draw your benefits early at age 62, they will be reduced considerably from the amount you would receive at the normal retirement age, which is 65 to 67, depending on your birth year.

Find Out: How Much It Cost To Retire in the Year You Were Born

Workers who retire before age 62 are not eligible for Social Security benefits and would have to rely on their savings. According to the Federal Reserve, only 54.5% of households with people ages 55-64 have retirement accounts. That percentage drops for people ages 65-72 to 48.2%.

Some older workers didn’t have a choice. They worked in jobs that weren’t considered essential and did not offer the option to work from home, so they were effectively out of a job. And if these older workers do plan to begin seeking employment at some point, it could take them twice as long to get hired again than younger workers and they will likely take a hit in pay, according to Monique Morrissey at the nonprofit Economic Policy Institute, as reported by Next Avenue.

From April through September of last year, and in November and December, workers 55 and older had higher unemployment rates than workers 35 to 54, according to Bureau of Labor Statistics data, which is unusual. Morrissey told Next Avenue, “Usually, in a recession, because older workers have more tenure than younger workers, they’re less likely to lose their jobs. But this time, you can’t say they’re less affected. In fact, workers in their fifties and older are more likely to be unemployed due to the recession.”

Read: Will You Owe Taxes on Your 2020 Unemployment Checks?

One thing’s for certain: The coronavirus and recession will inevitably increase senior poverty, according to Morrissey.