What Millennials Can Learn From Gen X’s Money Mistakes 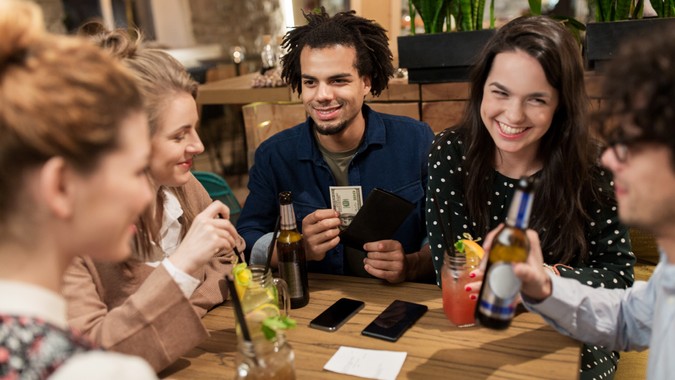 That last truly analog generation, Gen X had one foot in the 20th-century world of the baby boomers and one in that of the younger sets who came up in the digital age. In terms of managing their money, they tend to gravitate toward the standards set by their parents. GOBankingRates talked to a few experts who want millennials to do the opposite and finally break the chains of financial norms that were enshrined as gospel in the last century. By taking a fork in the road away from Gen X, they can blaze a new trail for Gen Z to follow.

Although they didn’t save as much as their parents, Gen Xers tended to save the exact same way when they did.

“One common mistake we see with Gen Xers who have been good savers is that a large majority of their retirement savings, if not all of it, is in pre-tax accounts such as 401(k)s and traditional IRAs,” said Matt Hylland, a financial planner at Arnold and Mote Wealth Management in Cedar Rapids, Iowa.

Had they known about the flexibility and potentially huge tax benefits of Roth alternatives when they started their careers, many would likely go back and switch if they could.

“Today, millennials have much easier access to Roth savings, whether through employer plans or just a Roth IRA,” Hylland said. “A lot of millennials that we see today should be taking more advantage of Roth savings today, something that a lot of Gen Xers did not do.”

By following their parents down the 401(k) path instead of investigating the benefits of Roth savings, according to Hylland, many Gen Xers:

More: Why Gen Xers Are Feeling the ‘Financial Squeeze’ — and What To Do About It

It’s not only nuts-and-bolts stuff like choosing the right tax-preferred retirement account. Brendan Butler, of the personal finance YouTube channel Brendan Fitness and Money, thinks millennials need to reconsider the entire concept of wealth, success and financial freedom — particularly as it applies to standards that were set in a different time.

“Gen X is more trusting in the stereotypical American dream being both what is desirable and what is to be expected,” Butler said. “As millennials, we need to be far more skeptical of this view. Are we sure we want a 30-year mortgage on the largest house we can possibly secure financing for to go along with our student loan debt and auto loan? Or would we prefer the nimble lifestyle of a digital nomad? Maybe a used RV and a WiFi hotspot are more appealing than a 2,000-square-foot ranch. Think long and hard before committing to a particular mold or method.”

Hit the Road: Companies That Let You Work From Anywhere

Adaptability Is the Key to Their Success

These differences in generational attitudes might already have benefitted millennials, an entrepreneurial generation that drove revolutions like the gig economy and the transition from software to mobile apps. Their aging predecessors in Gen X did not always move with the current.

“Gen X is more accepting of the status quo than necessary,” Butler said. “Get a college degree. Land a job. Buy a house. Invest for retirement someday. It’s a flawed model. They have a much higher belief in this system than younger generations and we millennials are justified in our skepticism. Not only will that model not work for them, but it definitely doesn’t align with the different priorities held by many millennials, like experiences over possessions, and prioritizing purpose, innovation, and flexibility.”