Where Is the Safest Place To Stash Your Extra Cash? 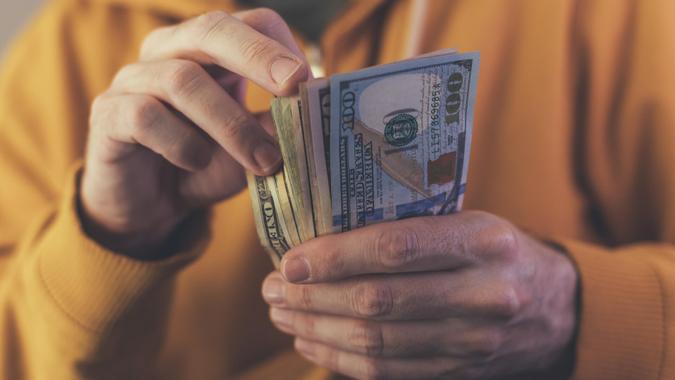 Common wisdom from the Depression said that it was best to hide money safely inside the home — under the mattress, preferably. Maybe there was a time when that was true. It’s not anymore. For those people who simply don’t feel safe without an emergency stash of cash at home, here’s what they need to know.

Find Out: Here’s How Much Emergency Cash You Need Stashed If an Emergency Happens
Read: The Standard Emergency Savings Advice Was Wrong — How Much Do You Really Need?

If You Do Keep Cash in the House, Less Is More

Even in the age of digital everything, it’s not a bad idea to have some cash on hand — but not too much. As MoneyTalkNews points out, stashing physical paper cash around the house is literally the least productive and least secure way to store your money. Keep only what you reasonably believe you’d need to get through an emergency because whatever you have in the house is:

Prepare For the Big 3: Fire, Flood and Theft

Your house is one big collection of hiding places. Sites like Family Handyman love to publish lists of secret spots that would keep even the savviest of thieves guessing for eternity. They include:

Clever hiding places are a great place to start, considering that there were nearly 1.12 million burglaries in the U.S. in 2019, according to the FBI’s most recent data. But theft is only one of the ways your cash stash can disappear.

Check Out: 50 Terrible Ways To Try and Save Money

There are 353,100 house fires in the U.S. every year, according to the National Fire Protection Association, and millions of homes are at risk of being flooded every year. Neither your toilet paper, your drawers, your air vents or your staircase are any match for fire or water.

See: 37 Life Hacks That Will Save You Money

Only a Safe Can Fend Off All 3

There are far too many types and styles of safes to cover here — combination safes, biometric safes, digital, mechanical, wall safes, floor safes, diversion safes and the list goes on. Generally speaking, safes are designed specifically to repel fire or human prying. Their ability to do each is measured by a series of rating systems.

TL-15 and TL-30, for example, mean that a safe can repel skilled engineers who understand the inner workings of the safe and have common safecracking tools for either 15 or 30 minutes, according to DeanSafe. Fire ratings measure the amount of time that a safe can tolerate 1,500-degree temperatures. Some safes are also waterproof. They’re rated for how long they can remain fully submerged in water.

Read: 40 Money Habits That Can Leave You Broke

Compromise by Hiding a Souped-Up Strongbox

You can buy multipurpose safes that score high ratings for burglar, water and fire protection in one, but they can easily cost hundreds or even thousands of dollars. Good burglar safes are the most expensive. Instead, consider investing in a simple lockbox that rates well for both water and fire protection — SentrySafe sells them starting at $50. Then just hide that in your piano-hinged fake staircase spot or wherever. This lets you thwart burglars without springing for a pricey burglar safe while still guarding against flood and fire emergencies — which is exactly when you’re most likely to need your cash the most.