These Are the Biggest Career Obstacles Women Are Facing in 2022 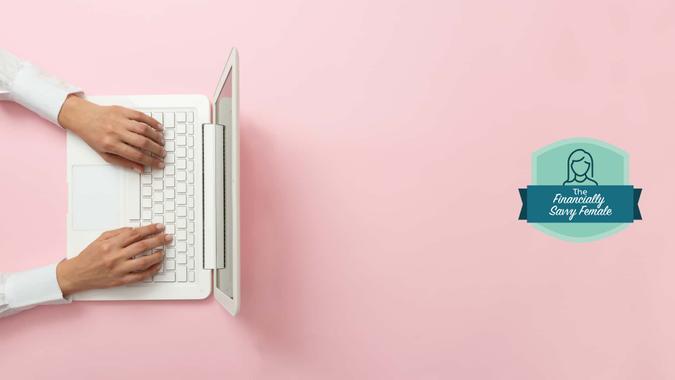 The pandemic forced a workplace revolution of mass resignations, the rise of remote work, and a reversal of the employer/employee balance of power. Despite all the changes, one thing remains the same — women face a unique set of roadblocks on the path to achieving their career aspirations.

GOBankingRates surveyed more than 1,000 American women from all over the country and talked to a wide variety of experts to learn about the biggest challenges facing women in the workplace in 2022 — and what they can do to overcome them.

Gender Discrimination is Not a Thing of the Past

It’s hard to imagine there’s a woman in America who hasn’t experienced gender discrimination in one form or another, and 11.47% of the study’s respondents said that age-old roadblock is still alive and well in 2022.

“Sixty to seventy years ago, the majority of women stayed home and were responsible for the kids and the household while men went to work,” said Sandy J. Green, a certified lactation counselor and postpartum doula. “Nearly 100 years later, there are more women in the workplace than ever before, but work culture has not changed enough. The hours that employees are expected to work, the lack of schedule flexibility, and the entire culture of ‘keeping your home life at home’ can be a deal-breaker for working mothers.”

Find Out: Breaking the Glass Ceiling: How To Land a Leadership Position

Despite Gains, the Wage Gap Continues To Rob Women of Fair Pay

About one in five women who responded to the study — 19.54% — cited a lack of fair pay due to gender as a primary career obstacle. There’s plenty of evidence to back up their concerns.

“To close the gender pay gap and support women’s progression and leadership in the workplace requires better enforcement of existing legislation, but also further education inside organizations about ways companies can make a difference to develop more future women leaders,” Leondakis added.

More than one in four women, 27.2%, cited an inability to take time off for caregiving and/or a lack of affordable child care as a detriment to career advancement — and who could blame them? A separate GOBankingRates study found that there is literally not a single state in America where child care is affordable.

“Child care is the major impediment that keeps women from working,” said David Patterson-Cole, CEO of Moonchaser. “You see it everywhere from food services and childcare workers themselves to the very highest levels of the executive board room. The cost of daycare can actually be greater, in some cases, than what the working mother would make.”

In terms of life/work balance, American working mothers are in a position so unenviable that it doesn’t exist anywhere else in the entire developed world.

Helpful: Money-Saving Expert Says These Are the 4 Tips Every Mom Needs To Know

“All one really needs to know to understand the systemic challenges that women face is that the United States is the only country in the OECD without [paid] maternity leave,” said Green. “We still rely on short-term disability. Opponents of a more flexible work culture for parents argue that moms shouldn’t be off the hook for work just because they have children, but if a company wants to foster a diverse workplace, they need to create policies that allow people to be parents and employees without having to sacrifice one or the other.”

The costs and responsibilities of caregiving can also indirectly harm a woman’s career trajectory by hobbling her ability to build crucial business relationships.

“Having the right connections is often a barrier for women in professional roles,” said Colleen DelVecchio, executive career coach and consultant. “Relationships and connections are the lifeblood of business — the more people who know and trust you, the more access you have to information, strategic partners and opportunities. We know that women approach networking differently than men, yet many women still struggle with the general idea of it. Additionally, with women bearing the brunt of child care, they cannot as easily attend evening events, conferences, golf tournaments, etc. where many of these connections are formed.”

More than 14% of the women surveyed cited a lack of opportunities as the biggest obstacle for career women in 2022, and hiring managers often erect this roadblock without even realizing it.

“The gender pay gap and lacking access to remote working opportunities may be the biggest career obstacles against women, but unconscious bias in hiring processes is the most debilitating, and arguably the commonest,” said Alina Clark, co-founder of CocoDoc, a woman-owned software development firm in Los Angeles.

“The worst thing about unconscious bias within the workplace is that it always goes unaddressed. Unconscious bias against women in the workplace, especially in the tech industry, is always flowing below the surface. It can be seen in how workplaces package their job descriptions in an unfriendly way towards women,” according to Clark. “A job description calling for ‘coding warriors’ or the next ‘ops ninja’ doesn’t inspire much confidence in women. If anything, it marks the start of weeding them out from the opportunity pool.”

Related: How To Thrive as a Woman in Tech & Other Male-Dominated Fields

The Workplace Has Long Favored Ambitious Men and Cautious Women

The largest plurality of women — 27.82% — cited “other” obstacles that didn’t fit among tangibles like unfair pay or the cost of child care. Several experts spoke about a docile mentality ingrained among women, who have for generations navigated a career culture that assigns positive traits to men who are assertive, aggressive and confident, and negative traits to women who are the same.

“The biggest obstacle holding women back from overcoming obstacles in their career is self-advocacy,” said Chelsea Jay, career and leadership coach and owner of Seasoned and Growing. “Women have been conditioned and told ad nauseam to be humble, remain quiet, don’t brag about yourself. This has turned into self-sabotaging behavior because women are not negotiating their salaries, asking for raises, or even applying to leadership-level roles. Women need to become more comfortable with acknowledging their value and experience and showcasing it to opportunities they are interested in. They also need to be invested in by more employers through professional development opportunities that train them in self-advocacy, career goal management and leadership development.”

“I work with plenty of women who are hesitant to explore new career opportunities because they either want to be 100% qualified for targeted roles or they are reluctant to leave a role that they have established years of experience in,” Houston said. “Additionally, many women struggle with showcasing their achievements and therefore they have an inability to create a powerful achievement-centric resume.”

Houston continued, “The first step to overcome these obstacles is having a mindset shift and recognizing that it is OK to share details about accomplishments. Furthermore, women should start applying for jobs even when they feel only 75% qualified. Lastly, it is imperative to establish positive networks and be a part of support groups to help mitigate feelings of attachment and guilt. Women need encouragement and support when making career changes, and I’ve found that the women who I’ve mentored have overcome self-doubt in order to be motivated to shatter the corporate glass ceiling.”

GOBankingRates surveyed 1,003 American women aged 18 and older from across the country between February 16 and February 21, 2022, asking eight different questions: (1) What is your primary financial goal?; (2) What is the biggest barrier to achieving your financial goal?; (3) If you are actively investing, what is your primary investment vehicle?; (4) If you are not actively investing, what’s preventing you from investing?; (5) What’s the biggest obstacle you’ve faced in your career path?; (6) How much student loan debt do you currently have?; (7) How much credit card debt do you currently have?; and (8) What is your biggest obstacle to paying off your debts (credit card, student loan, medical, etc.)?. GOBankingRates used the Google Surveys platform to conduct the poll.