McDonald’s, Wendy’s and Other Fast Food Restaurants That Have the Most Employees Making Less Than $15/hour 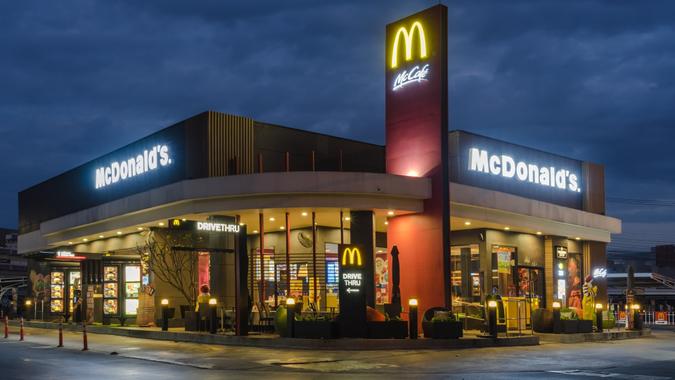 Big-box stores, restaurant groups, grocery stores and other big firms have generated substantial revenue over the past two years, some even making record profits. However, there is a growing sentiment that CEOs and other high-ranking executives are oftentimes the only ones to see any reward, while the majority of the labor force continues to work for minimum wage or barely above.

See: 6 Bad Habits That Hike Up Your Grocery Bill
Find: Surprising Things You Can Buy With Food Stamps

The Company Wage Tracker, a collaboration effort between EPI and the Shift Project, looks at 66 large retail and food service firms. The tracker shows how many workers they employ, how much revenue they generate in U.S. operations, how much CEOs make and what shares of their U.S. hourly workers fall within certain wage categories.

Between March 2021 to November 2021, results show that 56% of hourly service workers surveyed made under $15 per hour, with food service and hospitality workers earning the lowest wages, Tasting Table reported.

According to data, Subway pays 23% of its workforce under $10 an hour with McDonald’s, Pizza Hut and Waffle House offering similarly low wages. On the other hand, In-N-Out Burger pays 14% of workers at least $20 an hour and only 9% under $15 per hour, an industry high.

Unsurprisingly, CEOs were making the most and even increased to an average of $15.3 million in 2020 while hourly worker wages dropped 2% to $28,000 annually, according to Tasting Table. Some companies with the highest-paid CEOs paid their employees the lowest hourly wages.

Here are fast food places with the most employees making less than $15 per hour:

As you can see, McDonald’s, Wendy’s, Sonic, Arby’s, Burger King and Taco Bell all have percentages in the eighties, but even Chipotle and Domino’s have over half their staff making less than $15 per hour.