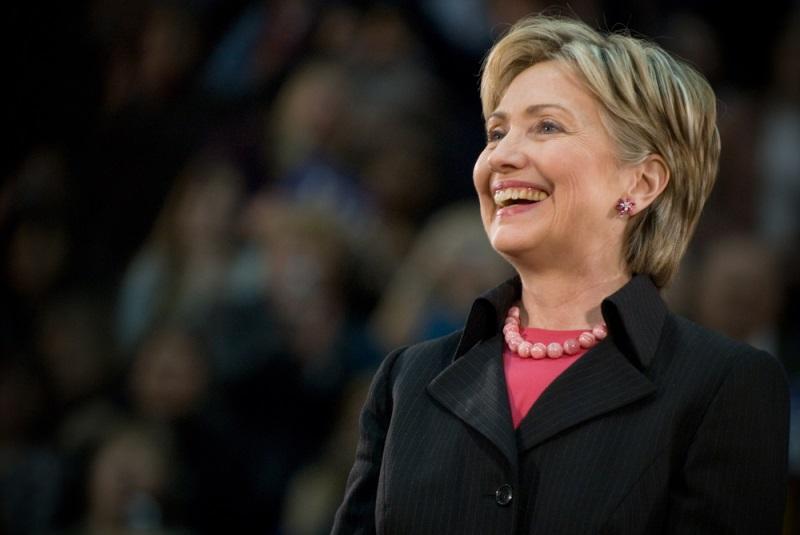 On Sunday, Hillary Clinton officially announced she will run for president a second time in 2016. In a two-minute video released Sunday afternoon, Clinton smiled and said, “I’m running for president. Everyday Americans need a champion, and I want to be that champion.”

If Clinton does indeed become the next president, here is how she could shape the U.S. economy.

Clinton has been an outspoken figure in the political game for a long time, and many people have a fairly clear picture of what she stands for. Instead of talking about what she wants to get done if she gets elected as president, Clinton will likely spend most of her time campaigning on how she is going to make those things happen.

The New York Times reports that the central theme of Clinton’s candidacy would be improving the economic fortunes of the middle class, including emphasizing increasing wages and reducing income inequality. According to U.S. News, “income inequality in the U.S. exceeds any other democracy in the developed world.” While the majority of middle-class families earning less than $30,000 struggle to pay bills, the top 1 percent is earning more than 20 percent of the nation’s income.

In a 2008 speech on the economy, Clinton said it’s time for a president who has “a vision for a twenty-first economy based on shared prosperity…where we measure our success not by the wealth at the very top but how broadly wealth is shared.” Voters can count on more of this kind of rhetoric as she begins a series of small, intimate campaign appearances in the coming months.

In addition to focusing on higher taxes on the rich, increased wages and the expansion of job creation, Clinton will also likely be very vocal about issues that are important to working families. Former President Bill Clinton, Hillary’s husband, signed the Family and Medical Leave Act more than 20 years ago. It allowed families to take 12 weeks of unpaid leave to care for a newborn or adopted child, attend to personal serious health needs, or care for a seriously ill parent, child or spouse.

But paid leave and access to childcare continue to be contentious issues between political parties, and Clinton will likely campaign for further reform in these areas. The Washington Post reported Clinton supported guaranteed paid leave in 2014, but she also said it would take time before the federal government could take action on the idea.

When she stepped down as Secretary of State in 2013, Clinton used her time to work on closing the gender gap that still exists in the U.S. workforce. She has spoken out against the gender wage gap in America, in which women earn roughly 78 cents for every dollar a man makes.

She has also actively promoted hiring more women in the tech fields. According to Wired, Clinton has reportedly said, “We’re going backwards in a field that’s supposed to be all about going forward.”

Clinton has also openly supported policies such as free preschool programs and guaranteed paid parental leave, which would make it easier to be a working mother. During a recent Clinton Global Initiative talk, Clinton said, “Those are not just nice luxuries for women. They would fundamentally free up women to be in the workforce if they had the skills and desire to do so.”

In her 2008 concession speech, Clinton had uplifting words for those who supported her candidacy. “Although we weren’t able to shatter that highest, hardest glass ceiling this time, thanks to you, it’s got about 18 million cracks in it,” she said. “And the light is shining through like never before, filling us all with the hope and the sure knowledge that the path will be a little easier next time.”

The last time Clinton ran for president, she lost a tough fight against a young star in the political scene who won voters’ hearts with promises of change. But this time around, with more than three decades under her belt, Clinton is primed to wage another full throttle battle — not against her opponents, but against a glass ceiling that’s just begging to be shattered.

> Money > Jobs > How Hillary Clinton as President Could Affect Your Paycheck