Give thanks to your favorite teacher, past or present, on May 7, National Teacher Appreciation Day. Teachers do a lot more than teach — they are dedicated to their students and the field of education. It’s often a job that doesn’t end when the school bell rings. And teachers typically don’t do it for the pay.

Many teachers are currently protesting for better pay and resources for their classrooms. What began in West Virginia, Oklahoma, Arizona, Kentucky and North Carolina is now continuing across the United States. Teachers, educators and supporters are wearing red for education, using the popular hashtag #RedForEd to raise awareness about teacher pay and budget cuts across the country. The National Education Association reported that 71% of people think teachers are not paid enough.

GOBankingRates found the average salaries of elementary school teachers from 1998 to 2018 by compiling data from the Bureau of Labor Statistics’ occupational employment statistics and found the places where teachers were paid the most and least. Teacher salaries are up 60% in the last 20 years. Currently, an average elementary school teacher salary is $62,200. The average teacher salary for middle and high school educators is a bit higher at $64,340. These average teacher salaries have significantly increased since 1998, at $38,600 and $40,350, respectively. Both of these statistics exclude the salary for special education teachers.

Teachers’ Salaries Throughout the Years

Many teachers across the U.S. say they are underpaid, and their schools are underfunded. Multiple arguments suggest teachers’ paychecks should be determined based on high ratings and student test scores. But, in actuality, states have made significant budget cuts, and education as a whole has been unable to recover. Check out the states with the highest- (and lowest-) paid teachers.

Click to See: A Day in the Life of an Elementary School Teacher

How Much Teachers Make By State

As a teacher, salary and benefits play a huge role in deciding where to live. There are many states that pay teachers considerably well, while others lack the compensation and benefits to keep teachers long-term.

States With the Highest-Paid Teachers

There were considerable similarities among the highest-paid states for teachers in elementary and middle/high school. All five states are exactly the same, but the order in each category is slightly skewed.

One interesting note is that while certain states with notoriously high costs of living, such as New York and California, each placed in the top five in both categories, another state with a high cost of living — Hawaii — ranked significantly lower in the study. The Aloha State ranks No. 19 for elementary school teacher pay at $61,240, and No. 20 for middle and high school teacher pay at $60,810.

Did you know? 18 Celebrities that used to be teachers

States With the Lowest-Paid Teachers

The Best Cities for Teachers

The best cities for teachers are also some of the areas with the highest cost of living in the country:

Metropolitan areas in California, New York and Massachusetts made the top spots for elementary and secondary education teachers. Kingston, New York, is No. 1 and 2, respectively, in both categories. This is not surprising as New York is the top state for teachers overall. Bakersfield, California, was the only metro area in the study with an average annual wage of over six figures, making it the best area for secondary school teachers looking to relocate. The Leominster-Gardner, Massachusetts, metro area also ranked high, at No. 3 and No. 5, respectively.

Keep reading to see jobs with the fastest-growing salaries.

Methodology: GOBankingRates determined the average salaries of elementary school teachers and middle and high school teachers from 1998 to 2018 by sourcing data from the Bureau of Labor Statistics’ Occupational Employment Statistics for each year from 1998 to 2018, the most recent year of data availability. Average salaries for teachers by state and metropolitan area were also sourced from the Bureau of Labor Statistics. 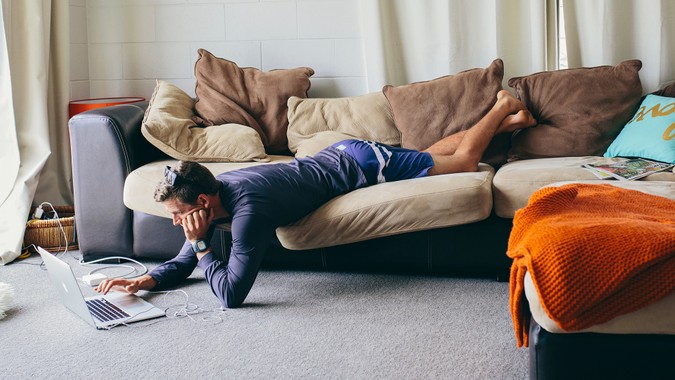 People Who Got a Job on LinkedIn Share Their Best Advice