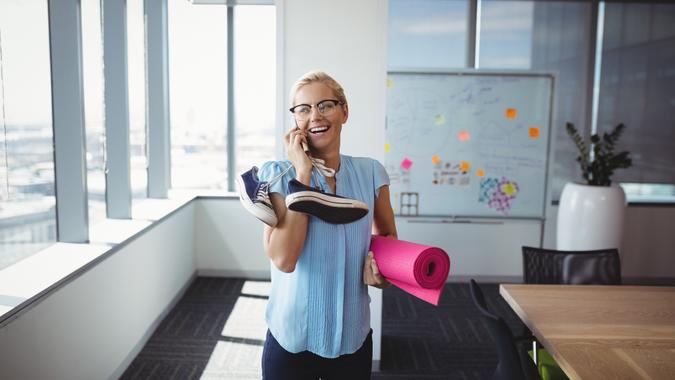 Now that the worst of the COVID-19 pandemic is disappearing in the rear-view mirror, many U.S. companies are asking employees to return to the office — most notably, Tesla. CEO Elon Musk recently sent a series of emails to Tesla employees making it clear he no longer wants executive staff working from home.

See: In Less Than a Decade, You Won’t Be Able To Afford a Home in These Cities
Cash App Borrow: How To Borrow Money on Cash App

Other companies have taken a more diplomatic approach, luring employees back to the office by offering everything from free lunch to private concerts, according to a new survey from Framery, which makes soundproof office phone booths, pods and private spaces.

The survey of more than 4,000 adults, conducted in May, found that employees in the post-COVID world value perks that can enhance their work-life balance rather than the fun and games companies used to offer. This mainly means putting a greater focus on quiet spaces and ditching the communal games.

“The findings should put a final nail in the coffin of the ping pong tables, beer kegs, scooters, and other artifacts of ‘mandatory fun’ office culture,” Framery CEO Samu Hällfors said in a press release.

Instead, many employees now want to replicate the best work-from-home perks after a couple years of working remotely.

Live Richer Podcast: How To Get Free Rent and Retire Early

“Working from home made it possible for people to exercise more regularly and to do more quality work without the constant interruptions of the open office,” Hällfors said. “These are tangible benefits that made employees happier and more productive, and it’s clear that they don’t want to give them up as they return to the office.”

In terms of what returning office workers most want, here were the two leading demands:

And what can returning office workers live without? Here were the leading replies: