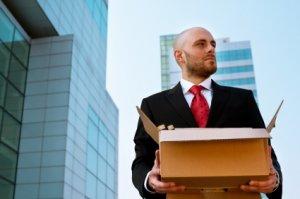 We often associate the word “depression” with unemployment. However, a new study indicates the two are linked, and not just when the former means economic downturn. A new study by Bloomberg Rankings shows a clear link between unemployment and depression–specifically, the use of drugs for treating depression.

The Link Between Unemployment and Depression

The study did not show that the long-term unemployed lacked a job because of depression. Rather, the study linked rates of unemployment and depression drugs. Thus, what the study found was unemployment linked to depression, not the other way around.

The study did not just find a link between unemployment and depression drugs. Stress-related drugs, such as antacids, also enjoyed increased sales during times of higher unemployment. It’s not much of a surprise that the long-term unemployed are stressed out and depressed.

Depression Due to Unemployment?

The study focused on market trends to the exclusion of other metrics. This means there is no way of knowing if the findings represent depression due to unemployment or not. While the findings present strong correlation–to the tune of 93 percent –one of the first things intro statisticians learn is that correlation is not causation.

Freakonomics has built an entire cottage industry around exploring unexpected and unintended consequences of social phenomenon and public policy. When measuring the interaction between the complex systems of the American economy and its participants, it’s nearly impossible to draw a straight line from one set of statistics to another, regardless of how well they might match up.

The Long-Term Unemployed and Mental Health

Americans have reason to be stressed about economic matters. One in six Americans has trouble affording basic necessities like food, health care and housing. Further, even those Americans who find work generally don’t find work that pays as well as their last job. Known as “wage depression,” some studies show that this effect lasts as long as 20 years.

Anxiety and depression aren’t the only mental health problems associated with the Great Recession. Studies also link compulsive behavior to unemployment. For example, the Republic of Ireland has seen a spike in sex addiction since the Great Recession began.

Alternative Explanations for Unemployment and Depression

The Bloomberg study itself calls in question a clear link between prescription drug use and the economy. Acid reflux might have more to do with America’s growing obesity epidemic than it does anything to do with unemployment. Some experts maintain that the growth in the use of antidepressants has more to do with marketing success on the part of Big Pharma than it does with people seeking treatment for depression while unemployed.

The study misses one important question: If people are unemployed, how can they afford doctors visits, never mind a regular influx of prescription drugs? It’s unlikely that someone in dire financial straits is spending money on doctor’s appointments or increasing their monthly expenses with new prescriptions to buy.

The study also found correlation between unemployment and drugs for pain, cholesterol and erectile dysfunction.

Is There a Real Link Between Unemployment and Depression?

While many people certainly suffer from unemployment due to depression, the study by Bloomberg is not conclusive. Primarily, the study is limited by its scope.

It would be interesting to interview some of the long-term unemployed and see what they have to say about unemployment and depression. Further, another study should quantify the use of antidepressants for the first time by people who are unemployed and correlate their depression to unemployment.

While depression due to unemployment is almost certainly a very real phenomenon, it is hard to tell just how big of an impact the phenomenon is having on society.

Nicholas Pell is a freelance writer living in Hollywood, California. His writing has been featured on Made Man, The Nervous Breakdown, Strange Horizons, Chron.com, DocStoc, LiveStrong and USA Today. Pell has been a featured guest on CBS Radio's Overnight America. 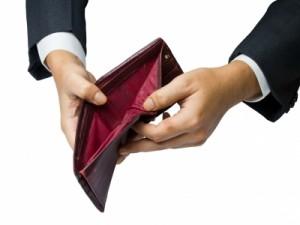 Hello, My Name Is ALICE (Asset Limited, Income Constrained, yet

> Money > Jobs > Unemployed? You're Probably on Drugs, Too