Walmart Goes on 150K Employee Hiring Spree — Could Perks to Working There Benefit You? 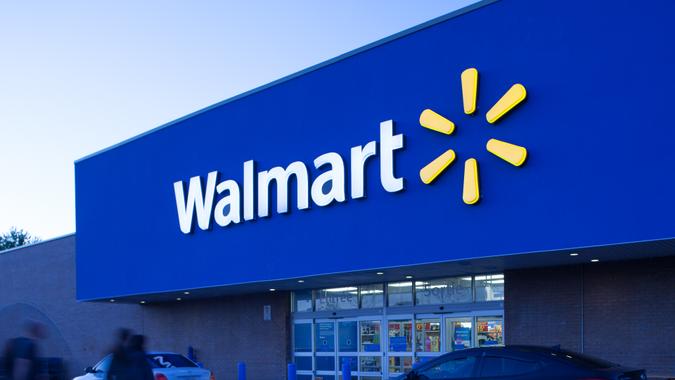 Walmart, the nation’s largest private employer, said it would hire 150,000 new store associates ahead of the holiday season and amid a tight labor market.

See: Fact Check — Is a Fourth Stimulus Check Going to Happen?
Find: How to Use The Child Tax Credit Direct Deposit Portal

Most of the jobs are permanent, full-time positions, and the company reiterated the numerous perks it offers to its employees.

In a statement, Julie Murphy, Walmart U.S. chief people officer, said the company offers “competitive pay and a chance to move up the ladder quickly.”

Walmart’s U.S. average hourly wage is now $16.40, and jobs in the stores can pay as high as $34 an hour, she said, adding that entry-level associates are promoted to roles of greater responsibility and higher pay within seven months, on average.

See: 11 Social Security Mistakes That Can Cost You a Fortune
Find: Didn’t Get Your Child Tax Credit? Here’s How to Track It Down

“Many of our store associates like to pick up extra hours over the holiday season, and we’ll continue to offer those opportunities,” she said. “We’ve also invested in our associates by making three major wage increases over the past year, offering more full-time roles and paying 100% of their college tuition and books through Live Better U.”

Indeed, in July, the company said it will invest nearly $1 billion over the next five years in career-driven training and development, according to a statement.

“We are creating a path of opportunity for our associates to grow their careers at Walmart, so they can continue to build better lives for themselves and their families,” Lorraine Stomski, senior vice president of learning and leadership at Walmart, said in a statement at the time. “This investment is another way we can support our associates to pursue their passion and purpose while removing the barriers that too often keep adult working learners from obtaining degrees.”

Walmart also said at the time that starting August 16, it would remove the $1 a day fee it previously had for employees who want to earn a degree.

Another perk of working at Walmart, according to the company, is that all associates know their schedules two weeks in advance, and full-time associates can count on consistent, reliable schedules.

See: Here’s How Much You Need to Earn to Be ‘Rich’ in 23 Major Countries Around the World
Find: What Happens to Social Security When You Die?

“We’re right in your neighborhood. With nearly 5,000 locations nationwide, there’s a Walmart within 10 miles of 90% of the U.S. population, which makes for an easy work commute,” Murphy said in the statement yesterday.

She added that additional perks include a 10% discount on general merchandise and fresh food, as well as discounts on cell phone plans and fitness memberships.

Finally, Murphy said that associates can own Walmart stock and share in the company’s success via an associate stock purchase plan that has a company match. Walmart matches 15% of the first $1,800 employees invest.