With Remote Work on the Rise, Should You Move To a Lower Income Tax State? 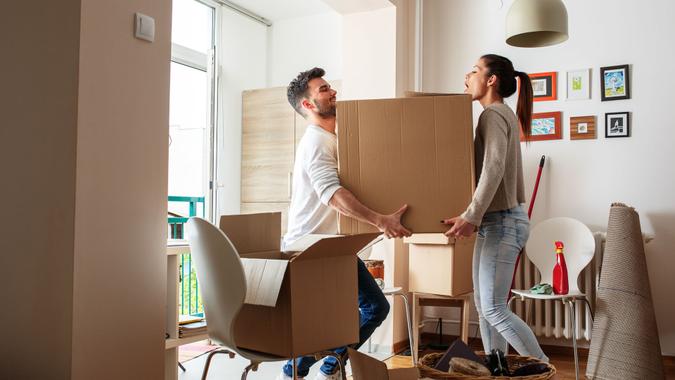 Throughout the pandemic, many Americans fled major cities to have more outdoor space and bigger homes as remote work became the norm. And with many companies now staying remote, some might be considering moving to another state for a different reason — to lower their taxes.

Read: Ending Unemployment Insurance State Benefits Caused An Increase in Job Searches
Find Out: This Is the Living Wage You Need in All 50 States

That may be what’s happening in Florida. In an interview with Fox Business, Florida Chief Financial Officer Jimmy Patronis stated that people are leaving states that are “financial train wrecks,” like New York and New Jersey, and moving to Florida to escape a “tax hell,” noting that hundreds of people were moving to the low-tax state every day.

But is this savings on taxes actually worth the stress (and the cost) of moving? Here’s what the experts had to say.

It Can Be Worthwhile in Certain Scenarios

Moving might be a good idea if your company has jurisdiction in the state you are moving to and you are able to prove that your move is permanent.

“To fully realize tax savings from moving to a state with low income tax, one must permanently move and establish a domicile in this new state, and also be prepared to prove that they have no intent on returning to their previous state,” said Nishant Mittal, SVP of Topia, a leader in global talent mobility. “If you’re unable to prove that your domicile, or permanent home, is now in another state, you are at risk of being double taxed.”

It can be especially worth the move if you are living in a state with a high cost of living.

Modern Money Etiquette: How To Say ‘No’ to Friends or Family Who Want To Borrow Money

“Moving to a lower income tax state while working remotely could save you a lot of money, especially if you’re moving from a market with high living costs,” said Ralph Carnicer, CPA and VP of business development at Taxfyle. “Though there will be moving costs, the value you’ll get from the same salary will go much farther in any area with lower income taxes. Especially with the real estate market so hot in these markets right now, it could be a great investment to move somewhere with less volatility right now.”

If your goal is to save money by moving, you should be aware of all of the taxes you will have to pay in this new state, plus any possible additional living costs.

“It is essential to consider all costs involved, not just income tax,” said Steven Jon Kaplan, CEO at True Contrarian Investments LLC. “This includes estate tax, inheritance tax, sales tax and property tax, as well as how much a house and basic expenses will total each year.”

Economy Explained: How To Calculate Your Debt-to-Income Ratio

Kaplan notes that many states have rules in which municipalities will also charge taxes in addition to the state itself.

“For example, in Pennsylvania, the state income tax seems reasonable at 3.07%, until you discover that most cities in that state add another tax of their own,” he said. “Philadelphia adds 3.87% for residents, which more than doubles the total. Maryland also has a substantial extra tax for each county in the state.”

Discover: What Do the New Home Sales Reports Mean and What Is Measured?

Do some research on all of the taxes that would be applicable to you before making the decision to move.

“Before moving, use software to compute what your total tax obligations are likely to be so that you learn the necessary information in advance, rather than after it is too late,” Kaplan said.