How Beyoncé Built Her Brand Beyond Music 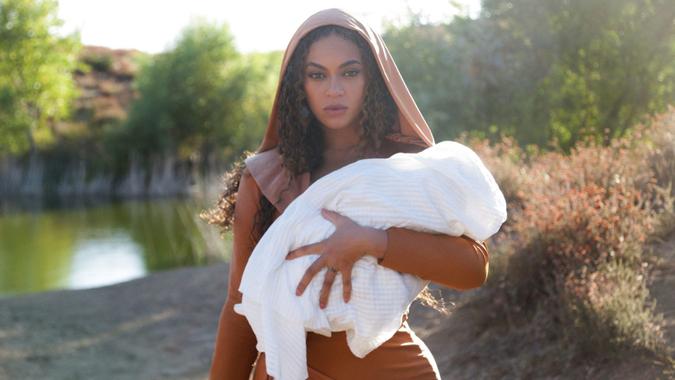 She rose to fame as part of Destiny’s Child, but Beyoncé has become a larger-than-life female icon. With husband Jay-Z, they’ve built a $1.5 billion empire — according to Celebrity Net Worth — that extends far beyond music.

Committed to giving back, in January 2021, her BeyGOOD Foundation launched a partnership with the NAACP to help people in need of housing assistance amid the COVID-19 pandemic. The joint effort will provide 100 grants of up to $5,000 each to families behind on their rent or mortgage payments.

Read More: It Costs Big Money to Be Beyoncé

She also teamed up with Peloton in 2020 to give students at historically black colleges and universities a free two-year digital membership to the Peloton app. In addition to several other acts of kindness in 2020 alone, Beyoncé and her mother, Tina Knowles-Lawson, set up free mobile COVID-19 testing in their hometown of Houston in May as part of the #IDIDMYPART campaign.

Also a major supporter of other entrepreneurs of color, in 2020, she released the song “Black Parade” along with a directory of black-owned businesses. Named the Black Parade Route, the directory is featured on her website and includes a variety of industries, such as beauty, lifestyle, restaurants and bars and technology.

Find Out: 28 of the Highest-Grossing Concert Tours of All Time

That’s not all Beyoncé did to support black-owned businesses in 2020. BeyGOOD also partnered with the NAACP to create the Black-Owned Small Business Impact Fund, which awarded monthly grants of $10,000 to entrepreneurs of color.

Quite deservingly, Beyoncé was honored with the BET Humanitarian Award in 2020, as a result of her many charitable endeavors.

Also an entrepreneur herself, Beyoncé founded athletic-wear brand Ivy Park in 2016. She shifted the label under the Adidas umbrella — while retaining sole ownership — when she joined the company as a creative design partner in 2019.

Did You Know: 8 of the Most Notorious Music Rights Battles of All Time

The first Adidas x Ivy Park collection was released in January 2020 and featured gender-neutral apparel, accessories and footwear. The line was priced from $25 to $250 and sold out within minutes. Released in October 2020, the second collection was priced similarly at $25 to $200 and sold out in seconds. Given that she was named the CFDA Fashion Icon of the Year in 2016, it’s no surprise that fans can’t get enough of her line.

Another of Beyoncé’s many talents is acting. Most recently, she voiced Nala in the 2019 remake of “The Lion King.” Her musical talents were also highlighted, as she lent her voice to the film’s soundtrack and released the album “The Lion King: The Gift.”

Beyoncé’s salary for “The Lion King” was never officially confirmed, but a largely reported tweet from @TheBeyHiveTeam indicated she earned $25 million for her work. Other high-profile films she’s starred in include “Obsessed,” “Dreamgirls” and “Austin Powers in Goldmember” — and she of course contributed to each film’s soundtrack.

Related: Disney Remakes That Made and Lost the Most Money

Basically, Beyoncé has built her brand by being a strong woman who can do it all. A working mom of three, she’s not afraid to branch out from her music career and try new things. She takes the time to choose projects she’s truly passionate about, then gives them her all, which is reflected in the quality of everything she does.