Does it feel like it’s getting harder and harder to make it from one paycheck to the next? If so, you’re not alone. Nearly half of Americans are living without a savings safety net and wouldn’t be able to find the cash to cover a $400 emergency expense without selling something or borrowing money, according to a Federal Reserve report released in May.

A separate report released in June by Capital One found that only 54 percent of Americans are satisfied with their financial status, but 10 percent wouldn’t save more this year. A quarter of those surveyed reported struggling to keep up with their regular financial obligations, and more than 10 percent said they are living over budget or spend too freely.

“People who live paycheck to paycheck think, ‘It’s fine I’m living within my means,’” said Stephanie Genkin, a certified financial planner (CFP) in Brooklyn, N.Y. “But in order to save for the future and build wealth, you really need to be living below your means.”

If you’re serious about building a better financial foundation and meeting monetary goals, there are steps you can take. You won’t see the changes overnight, but commit to one or more of these strategies, and within a year you’ll be richer.

Keep reading: How to Be Rich in 6 Simple Steps

There are multiple online tools out there that will let you track your spending as well as automate recurring bills. One advantage of automating bill payment is that you’ll never miss a payment or owe a late fee.

Once you’ve automated recurring bills — your rent, mortgage, car payments, student loans and other debts — add one more payee: yourself.

“The most important thing you can do to build wealth is to save systematically,” said Keith Singer, a CFP and owner of Singer Wealth Management. “What you do with the money is secondary to the savings. That’s the key to everything.”

Set up automatic payments to a savings account that you can use as an emergency fund or to set aside money for a goal, like a home down payment. Several online services, such as Digit, specialize in making savings painlessly automatic.

Bonus: Some lenders will offer a rate reduction or cash back as an incentive for automatic payments.

The drawback: Automating bills makes it easier to forget about them. If you’re not diligent about looking over your bills, you might miss errors on your credit card bill.

Related: 4 Reasons Automating Your Finances Is Actually a Terrible Idea

Why you should stick it out for a year: It’s pretty gratifying to see how much even small savings can amount to within a year. And while you might notice the hit to your discretionary account at first, after a few months you won’t even notice that the savings are being withdrawn.

2. Go cash only for discretionary spending.

If you’re serious about building wealth, you need to be serious about sticking to a budget. Adopting a cash-only policy for certain purchases can make it near impossible for you to go over budget or rack up new credit card debt.

You might want to hold onto at least a debit card for online purchases or to buy things from businesses that don’t accept cash, but otherwise leave the plastic at home.

Bonus: You’ll probably spend less. Using cash forces you to think about every purchase before you make it, and the physical act of handing it over might rein in the spending. Studies have shown that consumers tend to spend less when shopping with cash versus credit cards.

The drawback: Only paying with cash doesn’t increase your credit score. If you have no credit card balance, you might consider paying for one thing each month with your credit card and then paying it off in full on time.

Why you should stick it out for a year: Paying with cash only can get inconvenient, so it might not be a great long-term solution. Committing to it for a year, however, can help you get into the smart money habit about thinking about how each purchase affects your budget before making the transaction.

Read: 5 Things Only the Rich Can Afford to Rent

3. Be ruthless about slashing your expenses.

One way to build more wealth is to spend less money. Take a hard look at all your monthly bills to find places you can cut. “It might be as simple as calling the cable company and getting them to cut your bills in half,’” said Eric Roberge, a CFP and founder of Beyond Your Hammock.

Aim to limit fixed “needs” to about half of your income, and divide the remaining cash between 30 percent for “wants” and 20 percent for saving or paying down debt. If your current budget is vastly different from that breakdown, you might need to make some changes.

Sure, cutting out your daily latte will make a difference, but to really transform your financial picture, you’ll need to make some bigger modifications. Consider for one year setting a limit on vacations and dinners out with friends. And look at your biggest expenses, like housing and transportation, to see where you can cut back on spending. Eliminating a car or downsizing your home can make a huge and immediate impact on your net worth.

Bonus: Living within your means can reduce the stress in your life. A February study by the American Psychological Association found that 72 percent of Americans were stressed about money at least some of the time in the past month, and more than a fifth were extremely stressed. But, more than half of those surveyed by Capital One said saving brings them peace of mind.

The drawback: Making major changes in your lifestyle is not easy, and it can be especially hard to say ‘no’ to social invites.

Why you should stick it out for a year: Americans’ income and expenses can be volatile month-to-month. For most, consumption varies by at least 5 percent a month, according to a report released last month by the JP Morgan Chase & Co. Institute, thanks to irregular expenses and unexpected bills. So, it’s pretty tough to make big changes over a short period of time.

Over 12 months or so, though, you should start to see a measurable difference in your net worth. Once the year is up, you can decide which money management habits to keep and which ones to ditch. 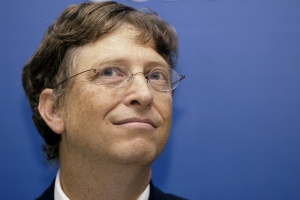 What These 12 Highly Successful People Worry About Every Day

GOBankingRates > Money > Wealth > How to Be Richer in One Year