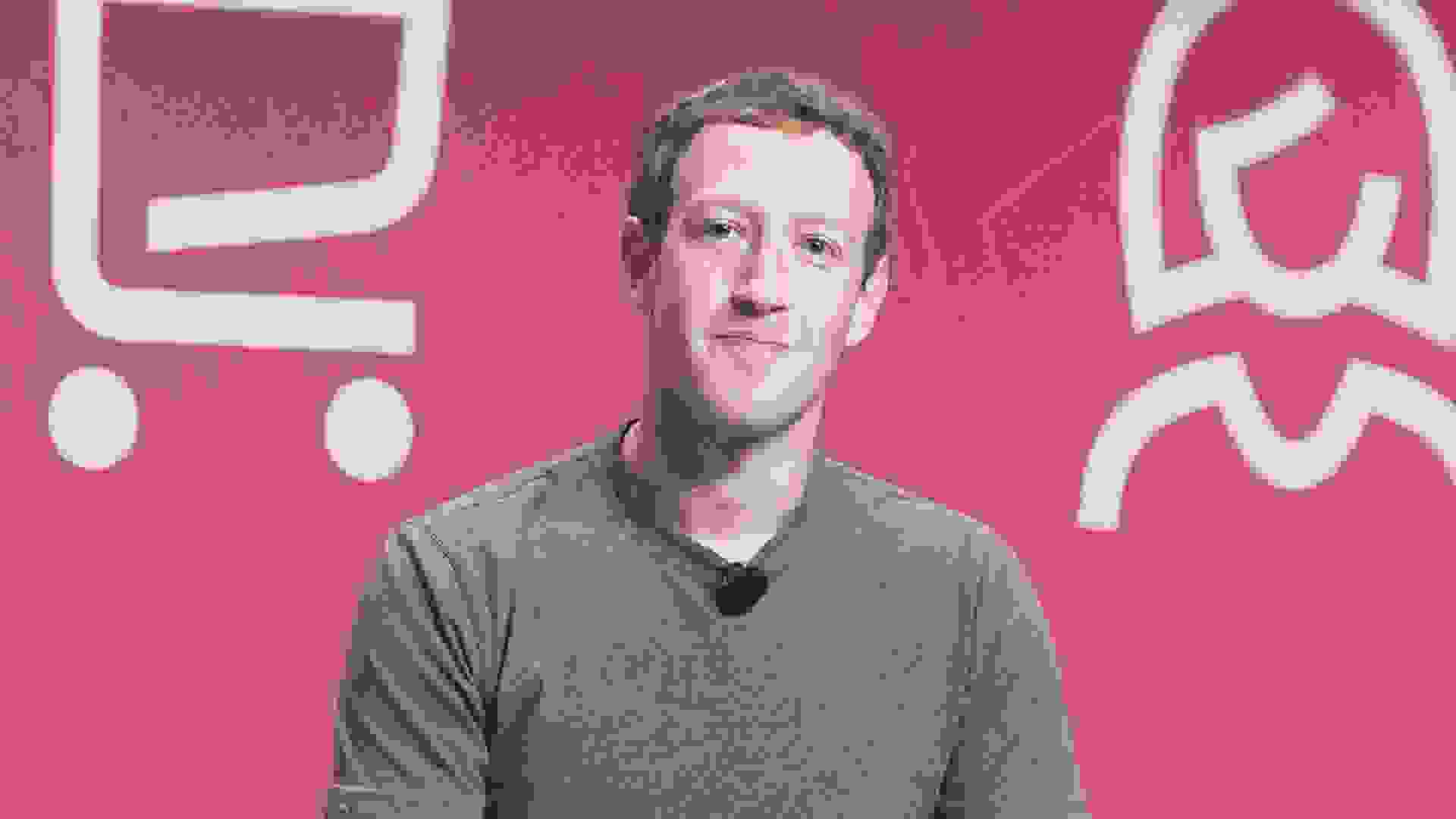 It’s easy to assume that all billionaires are people who have had decades to amass their wealth, but it turns out there are quite a few millennials among the 2,095 known billionaires. Millennials are people born between 1981 and 1996, who are currently ages 25 to 40 in 2021.

Here are the top richest millennials who are sitting pretty on fortunes the rest of us can only dream of. 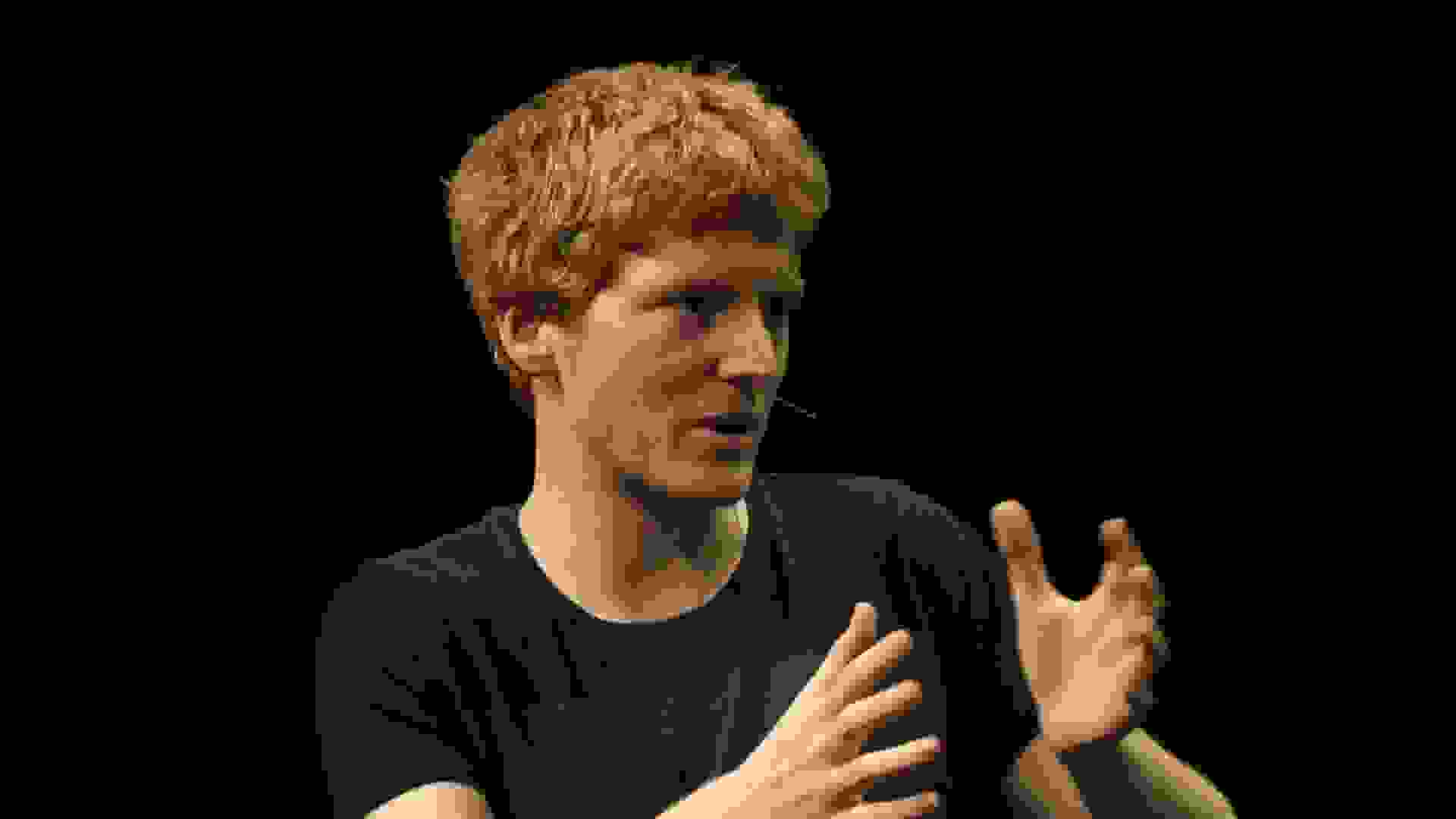 Patrick and John Collison taught the world that if you happen to be really smart and also have a really smart sibling, you can combine brains for entrepreneurial superstardom.

The brothers were both students at MIT when they came up with the idea for what would become the digital business payment system Stripe. Today, Patrick Collison is the CEO of Stripe, which received a $35 billion valuation after securing $250 million in funding. Among Stripe’s celebrity investors are Peter Thiel and Elon Musk.

Read More: Businesses That Millennials Have Killed (and Why It’s for the Best) 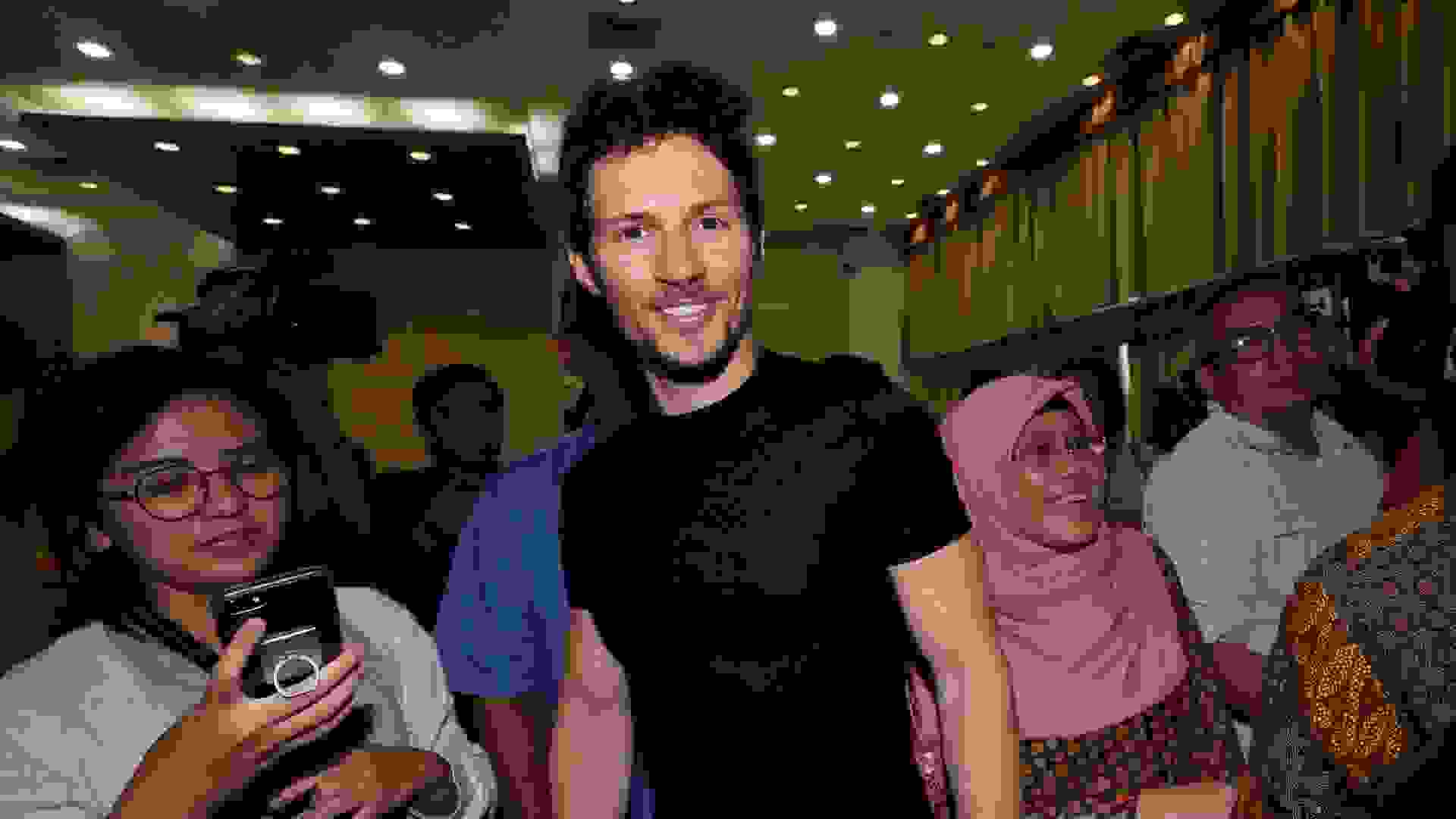 One thing that you can learn from Pavel Durov is not to be afraid to face your rivals head-on. Despite being in direct competition with Facebook’s WhatsApp, Durov’s free messaging app, Telegram, has amassed more than 500 million users worldwide.

Durov is known as the “Russian Zuckerberg” because he also founded Vkontakte, which is the biggest social media network in Russia — all when he was only 22 years old.

In 2015, Durov sold a 12 percent share in the social network for $300 million and just three years later, he and his brother raise $1.7 billion to build a blockchain system called TON, which is based on Telegram.

Read More: 20 Hobbies Only the Rich Can Afford 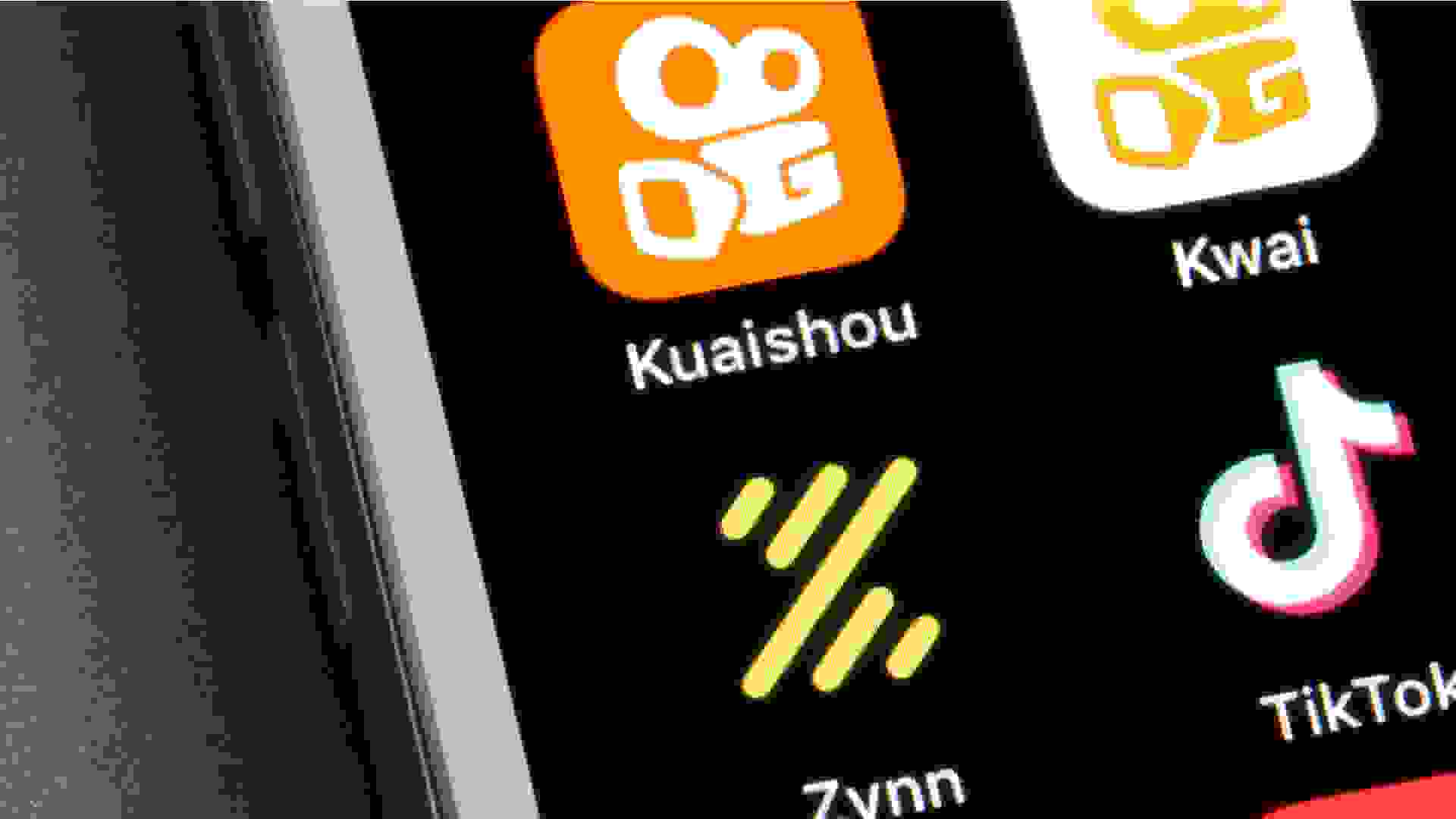 The lesson one can learn from  Su Hua is that where you start does not have the final say in where you end up. The Chinese national was born in a rural part of Hunan, in a village that only got electricity in 1998. From those humble roots, he went on to found the GIF-generating app Kuaishou in 2011 before rebranding it as a live streaming and video-sharing app. Kuaishou soon had more than 110 million daily active users and a company valuation of $18 billion.

Read More: 31 Things That Are Keeping You From Becoming Wealthy 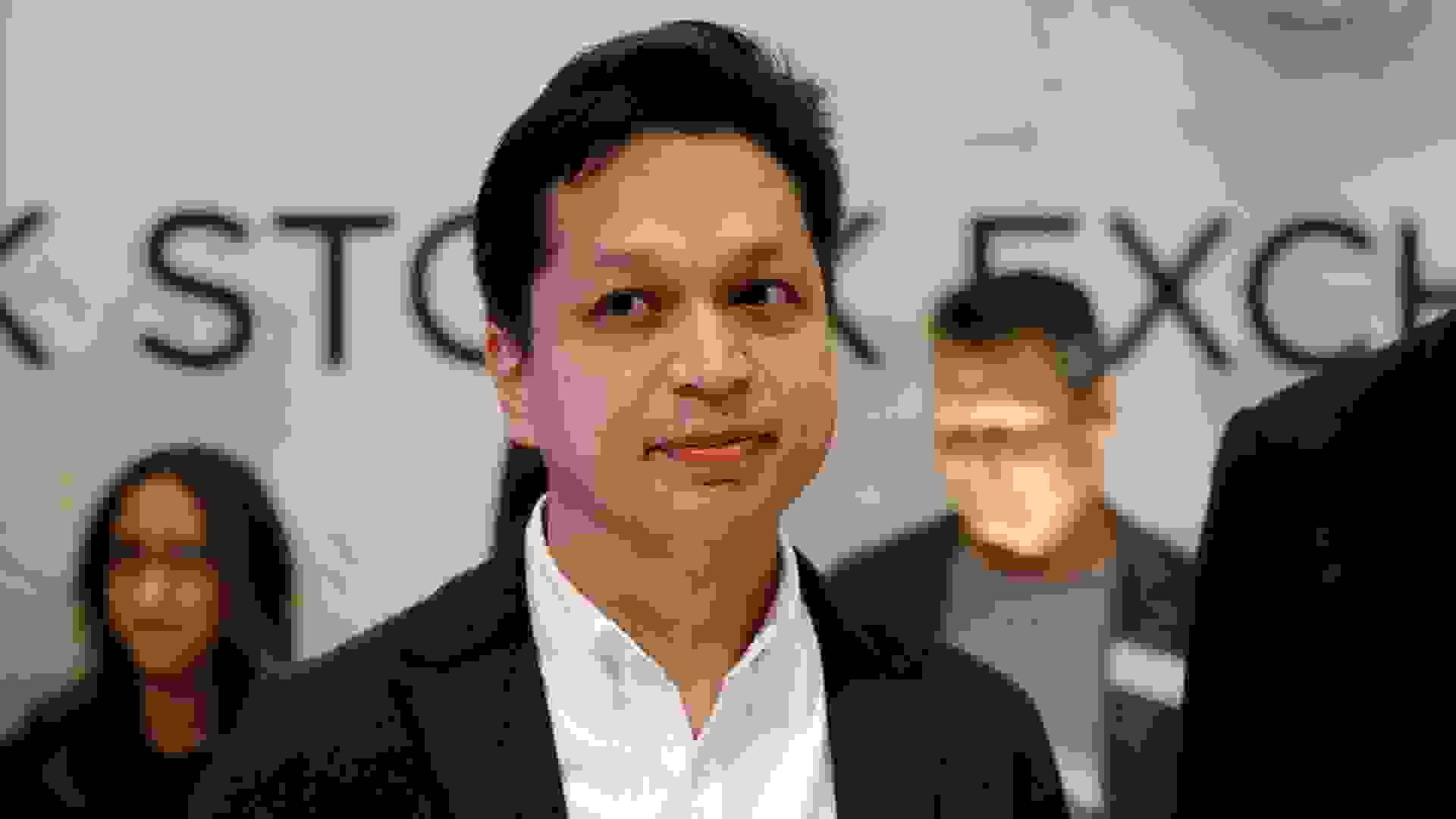 Silbermann launched the first desktop version of Pinterest in 2010. Less than a decade later in 2019, he took the company public as one of the most popular social media sites in the world. 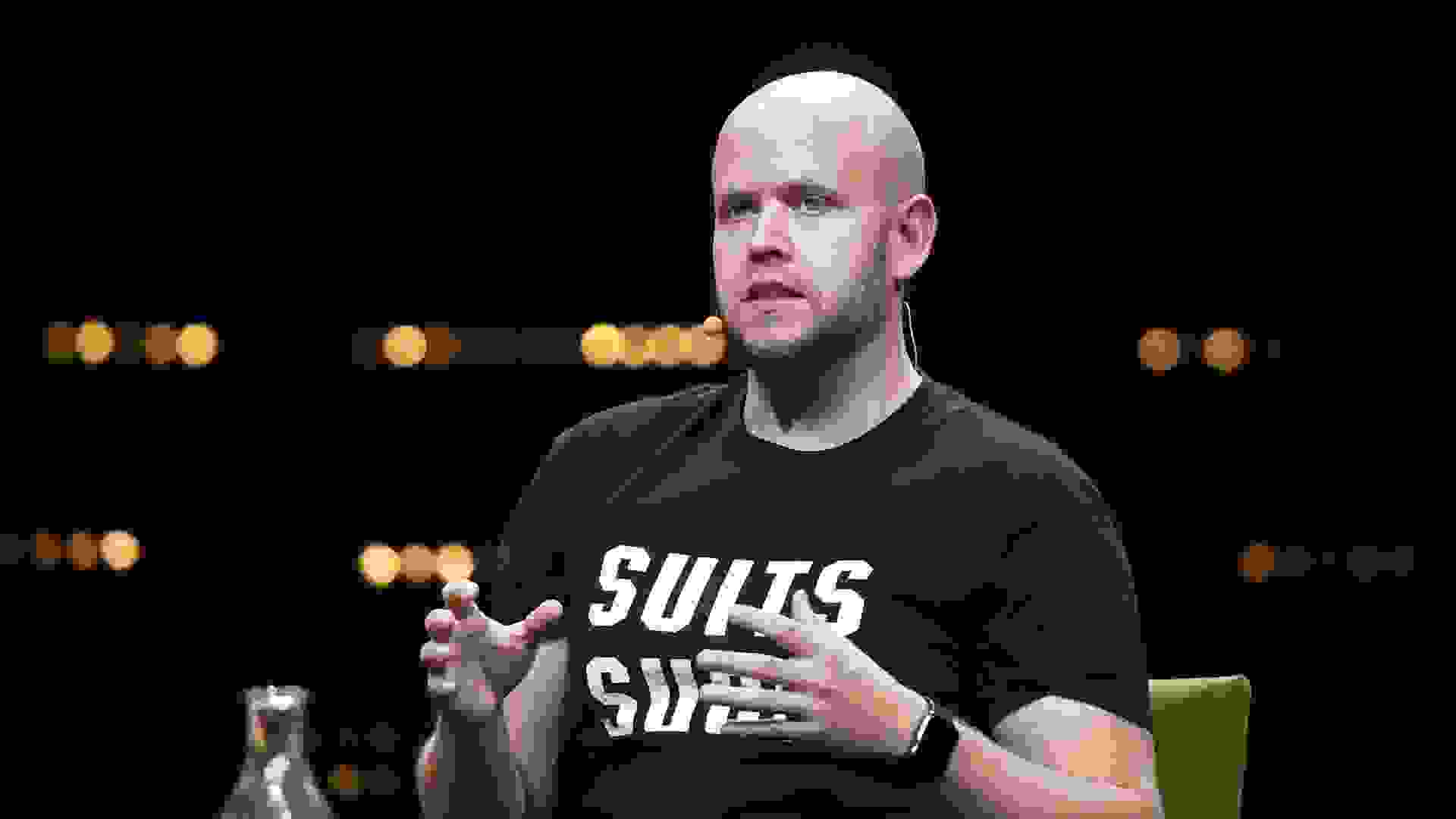 You might not know Swedish entrepreneur Daniel Ek, but if you’re aware of music, you probably know Spotify. Ek co-founded the streaming service and serves as its CEO. He’s grown the app to include 180 million users, including 87 million paid subscribers.

The company might have never gone public had Ek not given the world a lesson on the value of ingenuity and calculated risk in the face of adversity. In 2018, he took the unusual but ultimately successful gamble of going around investment banks and listing Spotify shares directly on the NYSE.

Live Richer: 20 Genius Things Mark Cuban Says To Do With Your Money 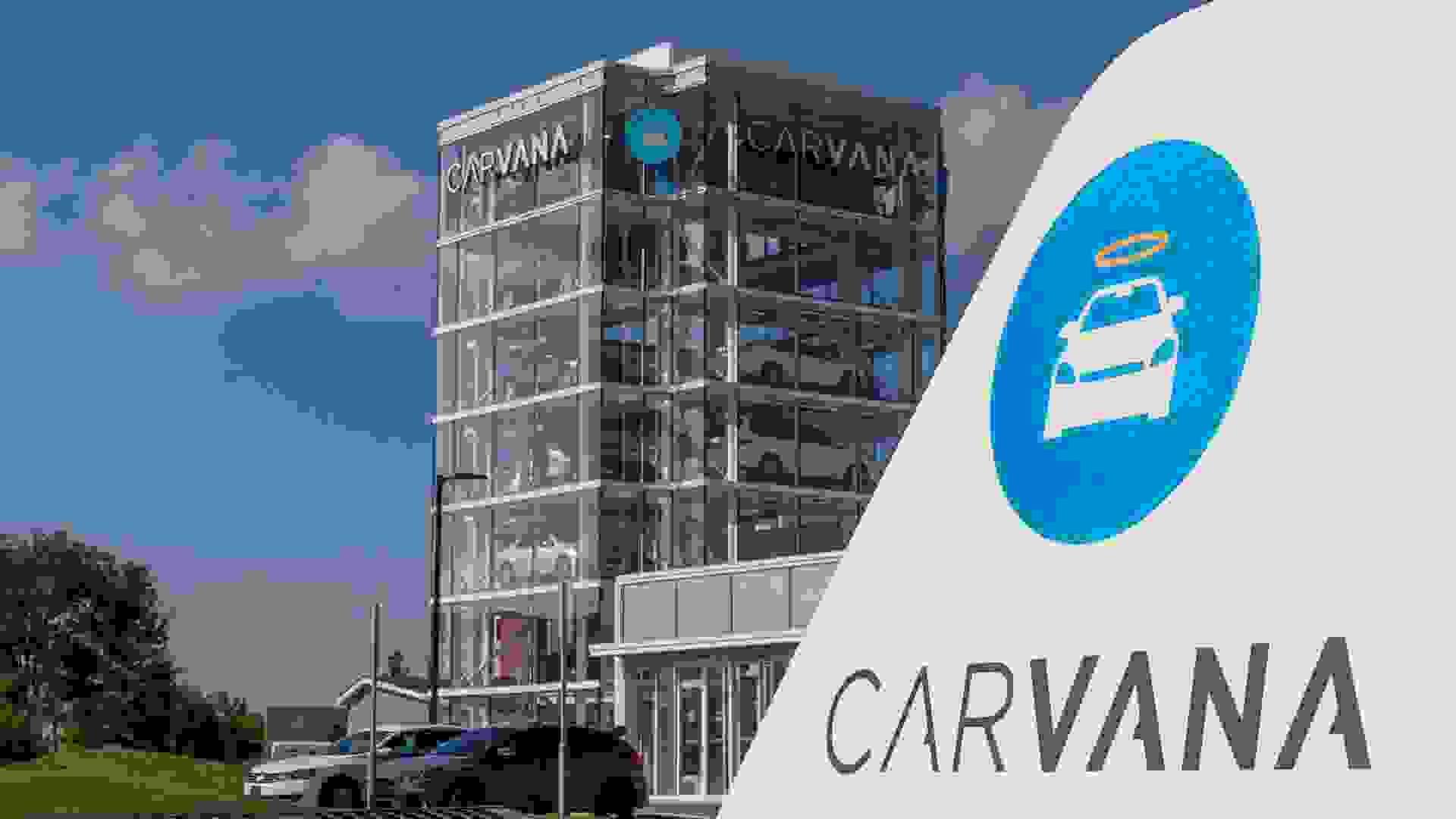 Ernest Garcia III’s lesson for the world is to take what was built before you arrived and make it better. Garcia changed the way people buy cars when he co-founded Carvana. His father owned a traditional dealership network called DriveTime. Garcia spun Carvana out of that — with a major investment from his father — by cutting out the dealership middleman and selling cars directly to the consumer.

The result was a 2017 IPO that drummed up $225 million and an e-commerce platform that remains one of the biggest disruptors of the decade. 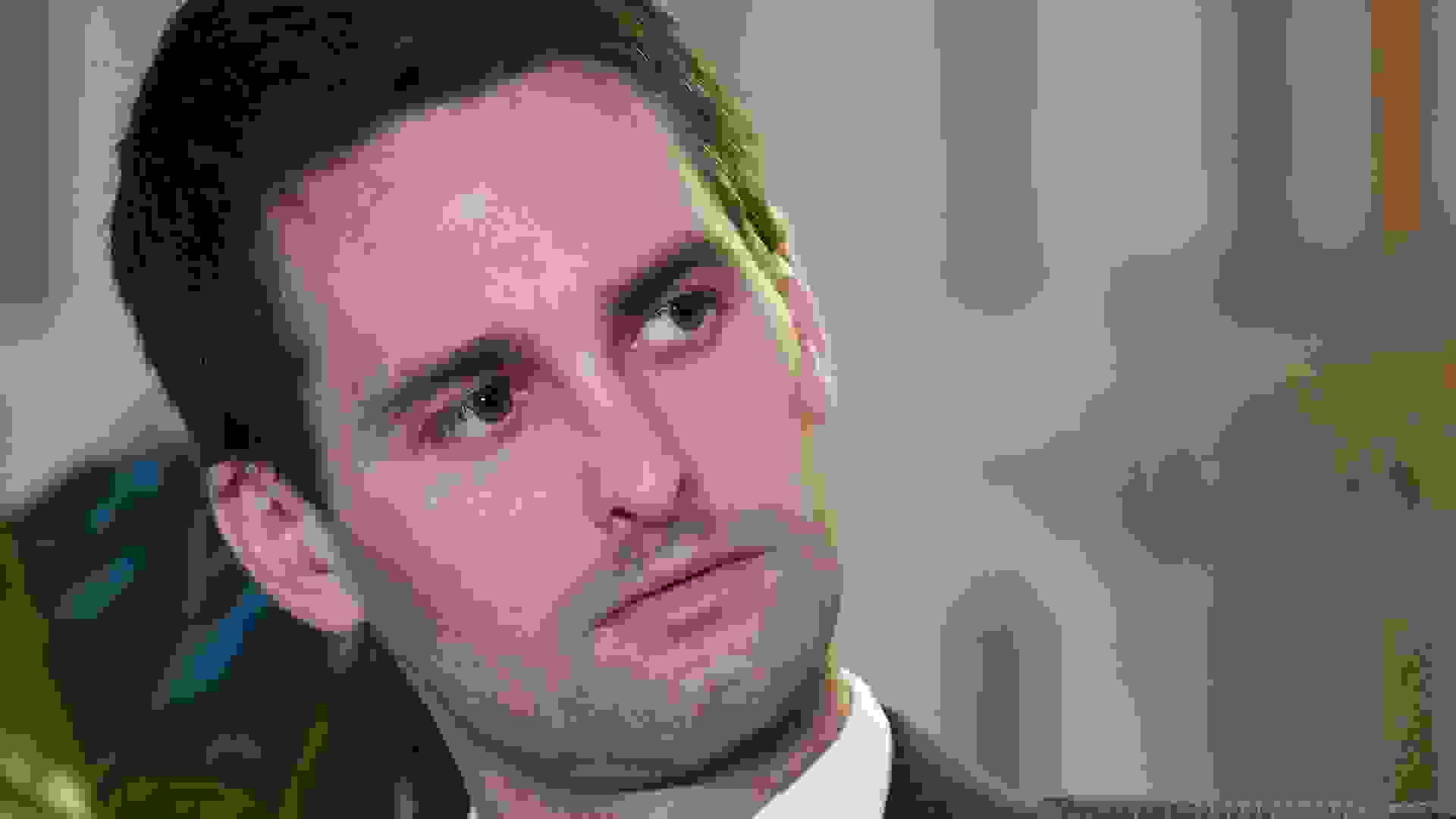 A billionaire by his 25th birthday, Evan Spiegel is the godfather of the disappearing photo concept, which he pioneered when he co-founded Snapchat with Bobby Murphy. He brought a new level of privacy and intimacy to social media that thrilled users and terrified parents.

A major philanthropist, he’s donated more than $150 million in stock to charity and has vowed to donate 13 million more shares to the Snap Foundation. One of his greatest lessons, however, might be that the value of education doesn’t diminish when you get rich. He dropped out of Stanford to start Snapchat, but then went back to graduate six years later.

Did You Know: Celebrities Who Are Richer Than You Think 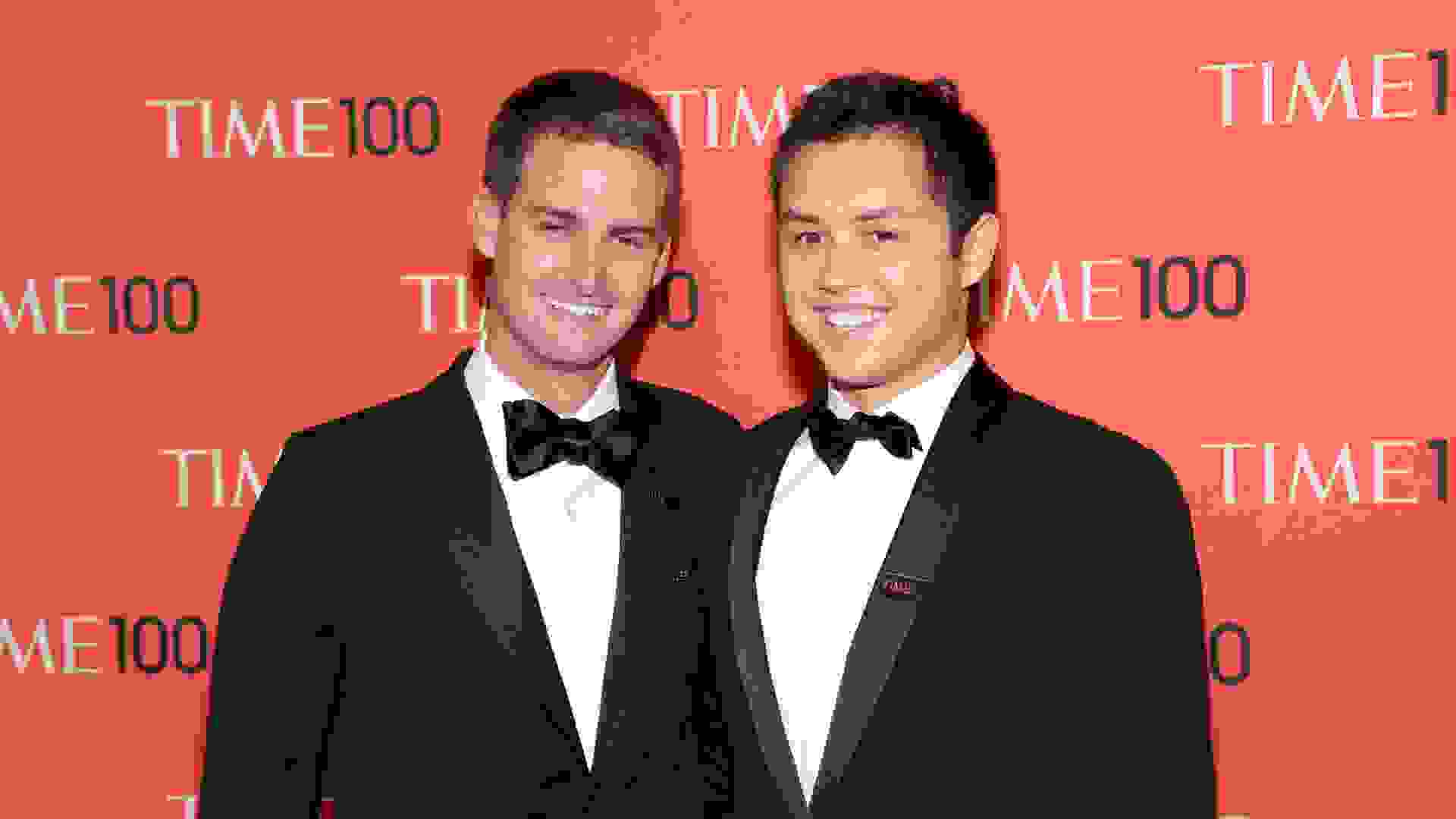 Bobby Murphy was Evan Spiegel’s fraternity brother at Stanford and today, the two of them own 30% of Snapchat. That might not sound like a big stake considering they founded the company, but they have voting shares that give them lordship over the board.

If you want to be like Bobby Murphy, always retain control and never stop expanding your empire — he has a $30 million real estate investment in the Pacific Palisades and Venice Beach as a side hustle. 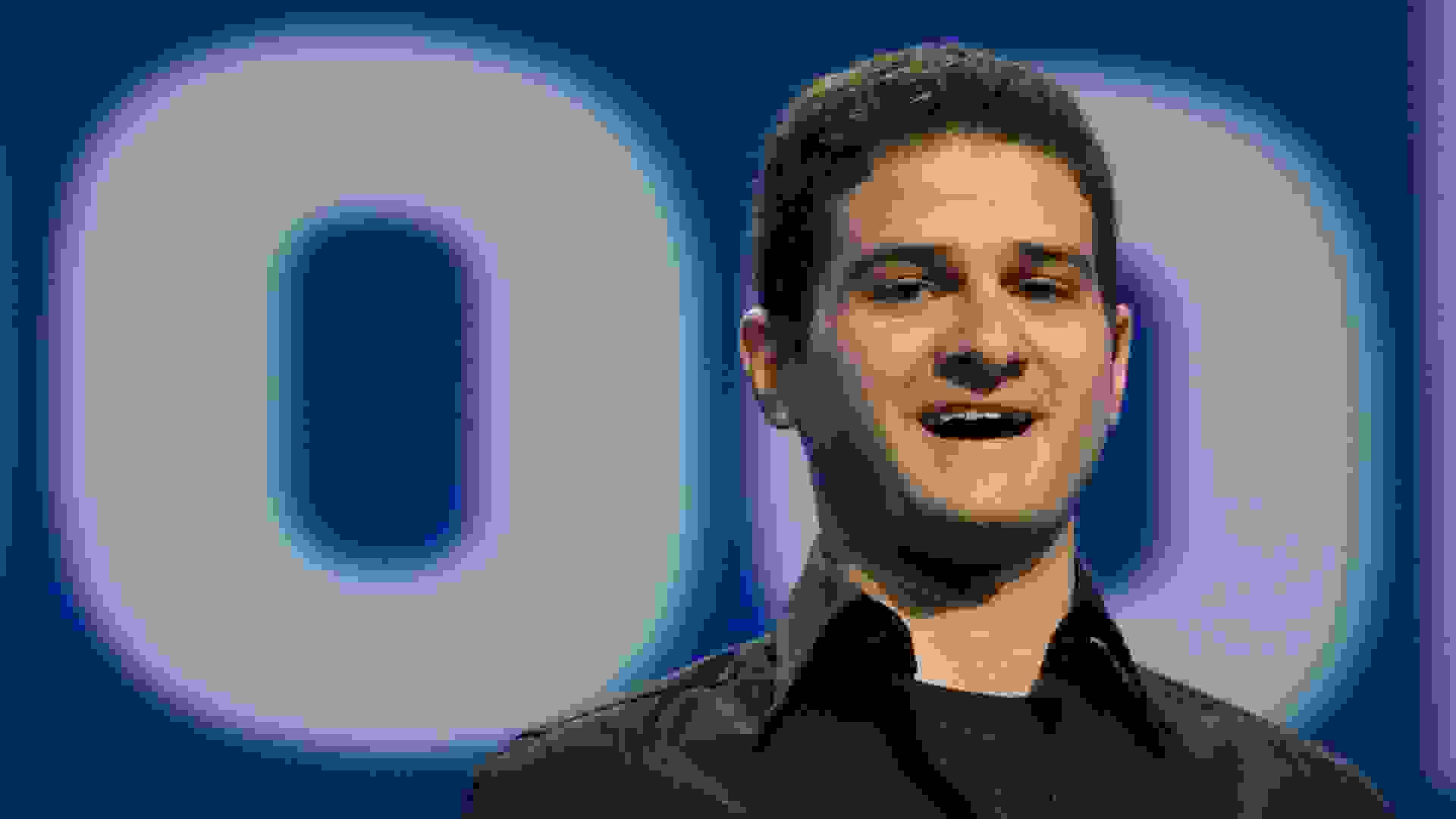 Dustin Moskovitz is another Facebook co-founder — he was Mark Zuckerberg’s roommate at Harvard. Although the bulk of his money still comes from the world’s most famous social network — he left Facebook in 2008 — he didn’t stop there.

If you’ve ever used Asana for work, you have Moskovitz to thank — he founded the company. He’s also a big-time philanthropist, founding the Good Ventures foundation with his wife. The lesson? Your best doesn’t have to be behind you just because you hit it big when you were young. 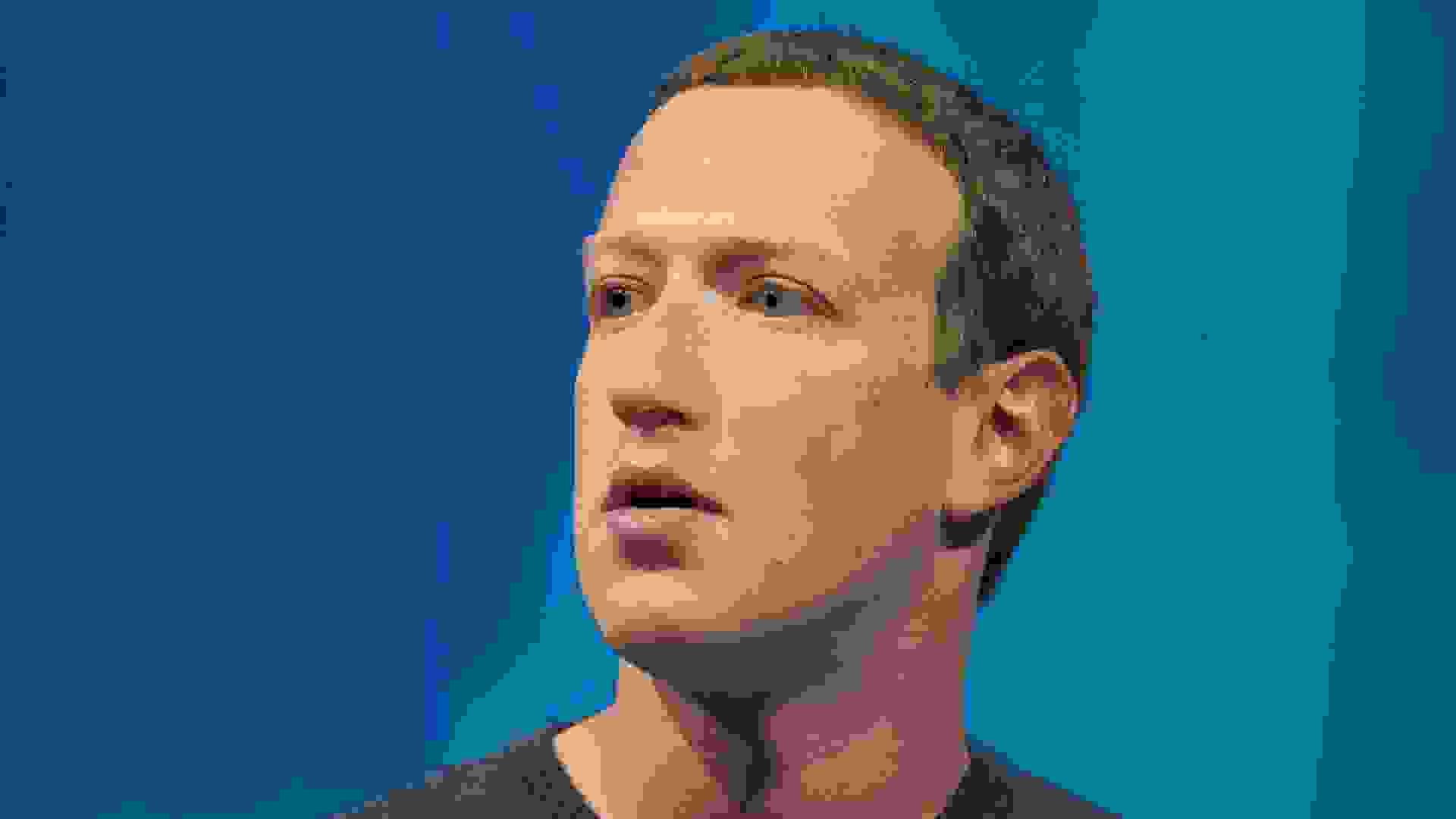 If there’s one thing to be learned from Mark Zuckerberg, it’s the value of multiple revenue streams. COVID revealed that when a real, long-term crisis hits, those with money coming in from more than one place will fare the best.

Zuckerberg has always known this.

Everyone knows the story of Facebook and Zuckerberg’s rise to becoming the world’s youngest self-made billionaire. What a lot of people gloss over is that Facebook is hardly the only reason for Facebook’s success.

Facebook has acquired dozens and dozens of companies — more than 80 in total — and they all serve as revenue streams for the larger company. They include Instagram, Oculus, WhatsApp, LiveRail, Threadsy, Atlas, and many more. In total, Facebook has spent more than $23 billion on developing these new revenue streams.

Methodology: We drew from the Forbes Billionaires List, which determines the net worths of all billionaires by in the world through a combination of assets, which include private companies, real estate, art, and more. All net worths are sourced from Forbes and are accurate as of March 18, 2020. Millennials’ ages were determined by data from the Pew Research Center. Some of the youngest millennial billionaires on the list were born in the cutoff year of 1996 and turned 24 in 2020. 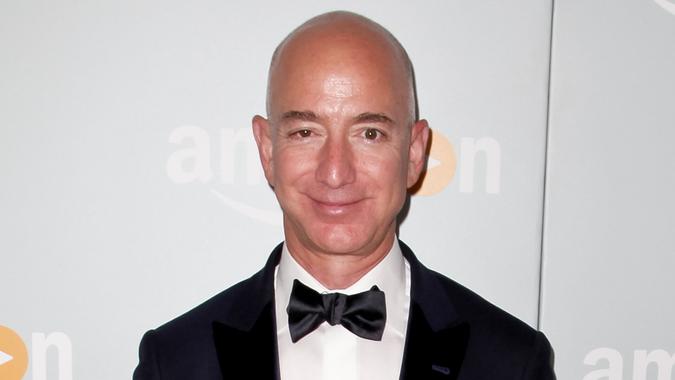 The ultra-rich are richer than ever.