Bruno Mars is a superstar by every measure. He sells out the biggest concert venues around the world, he’s made multiple appearances on “Saturday Night Live” and he’s even been invited to the White House. But it wasn’t always this way for the award-winning millionaire musician, who turns 32 on Oct. 8. His staggering success was built on the back of difficult childhood circumstances, poverty and a whole lot of talent and determination. Here’s a look at Bruno Mars, his net worth and the remarkable rags-to-riches story that defines his career.

Measuring the fortune accumulated by pop superstar Bruno Mars requires nine digits. His overall net worth is $110 million, and he earned the No. 60 spot on the Forbes list of the top 100 celebrity earners for the year ending in June 2017. He pulled in $39 million during that time, mostly on the success of “24K Magic,” a Bruno Mars tour that continues through October at venues like the Barclay’s Center in Brooklyn, New York and the Wells Fargo Center in Philadelphia, Pennsylvania.

StubHub vs. Ticketmaster: Where to Get the Best Cheap Bruno Mars Tickets

Born Peter Hernandez on Oct. 8, 1985, Bruno Mars grew up in poverty in Manoa Valley, Hawaii. According to the Honolulu Star-Advertiser, then-teenager Bruno Mars struggled with homelessness and familial instability as recently as the late 1990s, when he lived and slept in a rundown building in the ironically named Paradise Park section of the island. That, however, was a step up from his earlier childhood, which he spent sleeping on rooftops in Honolulu and even in the back of limousines. All of the difficulties he endured, however, inspired the future superstar to work toward what would become his groundbreaking career, according to a 2016 “60 Minutes” interview.

Related: 10 Billionaires Like Oprah Winfrey Who Grew Up Poor

According to Billboard, Mars’ path to stardom from his humble roots did not happen overnight.He entered show business — at least informally — at the tender age of four, when he was known as “Little Elvis” for his impersonations of The King at a variety show in Hawaii that was staged by his father and uncle.He originally served in several behind-the-scenes positions, including a stint as a backup singer for the Sugababes and a songwriter for Brandy.

From Co-Writer to Superstar

Mars earned a degree of recognition in 2009 when “Right Round,” a song he co-wrote for Flo Rida and Kesha, broke the Billboard 100. The following year, two of the projects he was a part of — “Nothin’ on You” with B.o.B. and “Billionaire” with Travie McCoy — both earned top 10 status. He parlayed those early successes into a solo career that would include an achievement no male vocalist had earned in 20 years: the first four solo Bruno Mars songs released all became Top 10 singles.

Bruno Mars tickets sell out fast, and the young star is undoubtedly a commercial blockbuster — but he has also achieved significant critical success. He has been nominated for Grammy Awards in six of the past eight years. In total, he’s picked up 21 nominations and five wins, including Album of the Year in 2016, Record of the Year in 2015 and Best Male Pop Vocal Performance for “Just the Way You Are” in 2010. He performed at the 53rd Grammy Awards show in 2011 and also at the 59th Grammys in 2017. Most recently he won the award for Best Male R&B/Pop Artist at the BET Awards in June 2017.

For Bruno Mars, on-screen performances go far beyond the Grammys. His songs have appeared on more than 160 soundtracks, including “The Hangover” and “Friends With Benefits.” He performed with Beyoncé during the Super Bowl 50 halftime show in 2016, and has gone on every major late night television program. Between his appearances, guest spots, performances and soundtrack contributions, Bruno Mars has more than 300 film and television credits.

Bruno Mars is more than a pop star. A multiple Grammy winner, the multi-talented musician has earned the critical bona fides to back up his commercial success. One of the most in-demand acts on the planet, he sells out stadiums, earns spots on the most coveted gigs in show business and draws new fans with each release. All of it, however, was earned through natural talent, hard work and tough lessons learned from a difficult childhood.

Up Next: See How Justin Bieber Built His $225 Million Net Worth 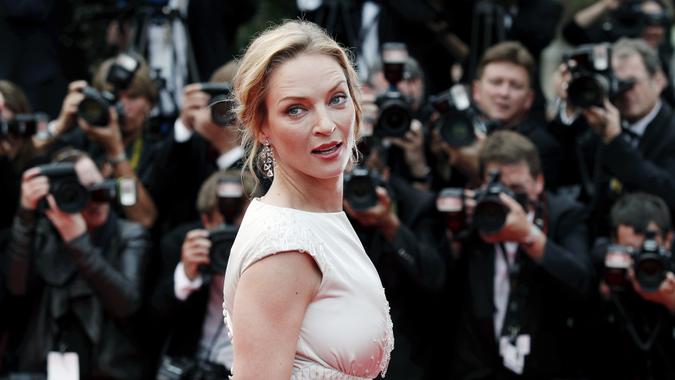 The Richest Action Stars of All Time — and Their Top-Grossing

Find out which Hollywood action stars earn the most.

> Net Worth > Celebrities > From Rags to Riches: Bruno Mars Net Worth and Rise to Fame