How Rich Is Katy Perry as She Launches Her Las Vegas Residency? 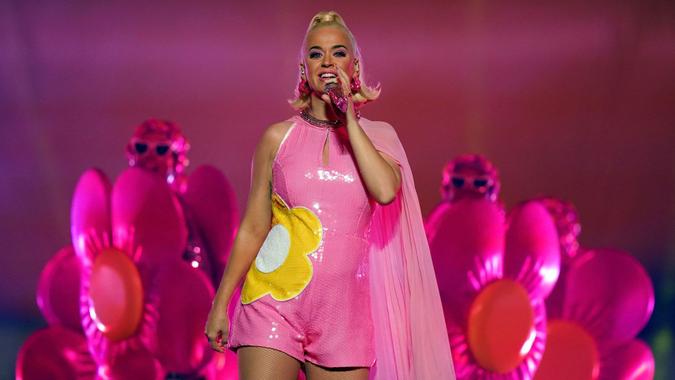 Katy Perry isn’t among the nominees for this year’s Video Music Awards, but she is a VMA legend. She hosted the show in 2017,  is the winner of five awards and met her future (and later former) husband Russell Brand at the 2009 ceremony — the same year she performed an epic version of Queen’s “We Will Rock You” with Joe Perry of Aerosmith.

The VMAs have been just one part of her highly successful career, though. Here’s how she reached multimillionaire status.

Since rocking the charts with her 2008 hit “I Kissed a Girl,” Katy Perry has been one of the world’s busiest musical artists and a prominent endorser, but her focus has changed in the past year. On Aug. 26, 2020, she gave birth to Daisy Dove Bloom, who she shares with her fiancé, actor Orlando Bloom.Now, post-pandemic, she’s following other celebrity moms, including Celine Dion, Mariah Carey and Britney Spears, and readying a Las Vegas residency.

Perry ranked No. 86 on Forbes’ list of highest-earning celebrity entertainers at $38.5 million, down from her income in 2015, when she was the world’s highest-paid woman in music with $135 million in earnings. That year, she had her “Prismatic World Tour” to thank for the influx of cash, as it grossed more than $2 million per city over the 126 shows included in the calculation.

Today, Perry’s net worth sits at $330 million, according to CelebrityNetWorth.

Katy Perry hasn’t toured since “Witness,” which opened in Montreal in September 2017 and closed in New Zealand the following summer. The tour featured a rotating roster of opening acts — including Noah Cyrus, Purity Ring and Carly Rae Jepsen.

For now, at least, Perry doesn’t seem to miss the tour grind. In a February 2018 interview with Glamour, she said she knew there was something more out there for her than money and career.

“I’ve come to learn, after 10 years of success in the spotlight, that being happy is something you have to work for every single day,” Perry said at the time. “Even if you have money or houses or status or fame — and all of that stuff is great for a moment–if you don’t have happiness charging the train, you’re gonna derail. A lot of my early twenties were really intense, really extreme, and somewhat unconscious. It was all career focused, which was great, but once you touch the ceiling so many times, it’s like, ‘Oh yeah, I did that. I touched the ceiling.’ Now I want to touch the stars, which has to do with the heart.”

Don’t Miss: 28 of the Highest-Grossing Concert Tours of All Time

Fun and edgy, Katy Perry’s songs have been captivating fans since her debut Billboard chart-topper “I Kissed a Girl” in 2008. Since then, she’s landed a total of nine No.1 hits and 14 in the top 10.

When her hit single “Roar” hit the 10 million sales mark in June 2017, she became the first artist in history to earn three Diamond Song Awards. That same month, her latest album “Witness” debuted at the top spot on the Billboard 200.

Katy Perry will be back on tour, sort of, beginning Dec. 29, 2021. That’s when “Play,” her 16-show residency, will launch at Resorts World Las Vegas, which this summer became the first megahotel to open in the city in a decade. Perry has concert dates set through March 19, 2022. And she won’t be the only glittery star to shimmer at the new venue.

Resorts World Las Vegas already has lined up mini-residencies with Celine Dion, who will kick off the series in November, as well as Carrie Underwood and Luke Bryan.

Others on the List: Taylor Swift and 24 More of the Richest Musicians

Katy Perry is returning as a judge for the next season of “American Idol,” which will return to ABC in spring 2022. She’ll be joined on the panel by Luke Bryan and Lionel Richie, with Ryan Seacrest set to host.

Perry, with her appeal to younger audiences and vast social media reach, was an appealing hire for producers in 2017. The $25 million deal she signed to join the show reportedly ruffled some feathers — and the show’s budget. With Bryan and Richie set to earn only $2.5 million each, the showrunners were forced to give the judges raises to a reported $7 million.