The human embodiment of 1990s West Coast gangster rap, Snoop Dogg’s swagger and over-the-top persona are as instantly recognizable as his music.

Even as his album sales lag from his glory days in the ’90s, the larger-than-life rapper once known as Snoop Doggy Dogg stays relevant — and routinely pulls in eight figures per year thanks to his lucrative touring schedule, endorsement contracts and the sheer brand power of his image and personality. On Oct. 20, Snoop Dogg, whose real name is Calvin Broadus, turns 46 years old. Read on to learn about one of rap’s richest moguls.

In 2016, Forbes released a list of the top-earning acts in all of hip-hop over the previous 10 years, what the publication dubbed “the decade of Dre.” The No. 10 spot went to none other than Snoop Dogg, whose charisma, longevity and ability to reinvent himself gives the rapper seemingly endless staying power.

Snoop earned $124 million over a 10-year span ending in September 2016, thanks to diverse revenue streams that included a lucrative touring schedule and ongoing endorsement contracts with Wonderful Pistachios and Burger King. He even cashed in on the green movement — although not the one concerning clean energy. The unabashed marijuana connoisseur launched his own line of pot, Leafs By Snoop.

All told, the rapper, pitchman and hip-hop philosopher earned:

Don’t Miss: How Dr. Dre Built His $830 Million Empire By His 52nd Birthday

He also released “Coolaid” in 2016 and “Neva Left” in 2017. Final sales numbers are not available for either album, but “Coolaid” debuted at No. 40, selling 11,127 copies in its first week. “Neva Left” didn’t crack the top 50. With 5.6 million streams and 11,515 equivalent sales, the album debuted at No. 54. Snoop is currently working on a new project, titled “Make America Crip Again,” an obvious reference to presidential politics.

Snoop stays relevant, in part, by maintaining a relentless touring schedule. He played 70 shows between June 2013 and June 2014 alone. In March 2017 he announced the launch of his Mt. Kushmore Wellness Retreat Tour, which featured acts like Lil Uzi Vert, Wiz Khalifa, Method Man, Redman and Cypress Hill. What was scheduled to be a two-day Snoop Dogg concert festival quickly ballooned into a 16-city tour across North America, thanks in large part to Snoop’s ongoing status as one of hip-hop’s most prominent legal pot advocates. According to Rolling Stone, the tour is billing itself as “the largest 4/20 cannabis celebration.”

Shortly before he released the aptly named “Reincarnated” album, the man the world had long known as “Snoop D-O Double G” had an epiphany that led to a rebranding. When the rapper from the mean streets of Long Beach, California went on a vacation to Jamaica, the vacation turned out to be an enlightenment.

The longtime Crip associate went to Jamaica as Snoop Dogg, but returned from the island nation as reggae artist Snoop Lion. Long considered the world’s marijuana mecca, it’s not surprising that Jamaica beckoned the man who has been one of the most visible and vocal cannabis advocates in the entertainment industry for nearly three decades. The trip, however, turned out to be much more than a pot party.

Once a key figure in the violent and controversial Death Row records label and the deadly East Coast/West Coast rap wars of the 1990s, Snoop emerged from Jamaica with a new philosophy on the power of positive music — and new dreadlocks to match. In fact, he has chilled out so much that he now enjoys a friendship and cooking collaboration with kitchen TV maven Martha Stewart on the VH1 show “Martha & Snoop’s Potluck Dinner Party.”

For Snoop Dogg, age is only a number. The soon-to-be 46-year-old continues to evolve, continues to entertain and continues to rake in millions of dollars a year. Now in middle age, the gangsta-rapper-turned-reggae-philosopher can still fill concert seats, land lucrative commercial deals and continue to influence hip-hop at the highest level.

Up Next: The Richest Rap Moguls in the World 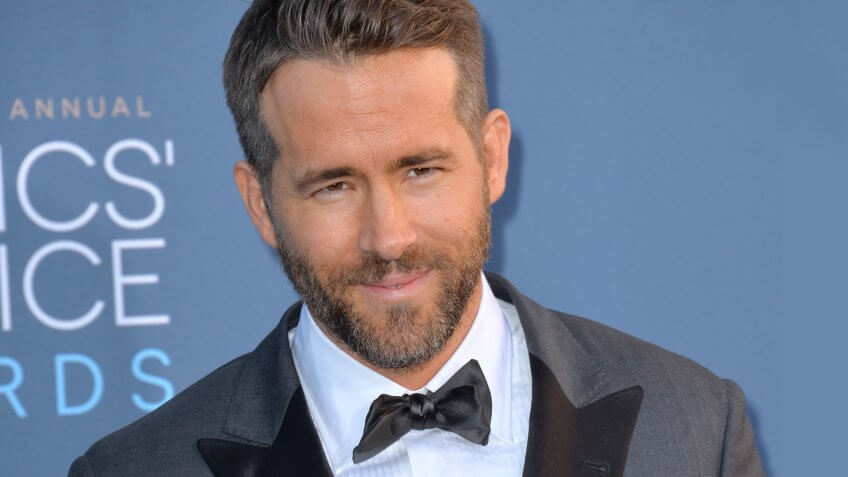 Ryan Reynolds’ Net Worth as He Turns 41

Find out how Ryan Reynolds’ career earned him a fortune.